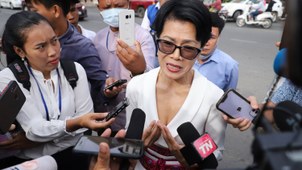 The next treason and incitement hearings in controversial case are set for January and March.

Rhona Smith suggests such legal actions constitute a serious violation of due process.

Aun Pheap and Zsombor Peter had gone in 2017 to interview residents of a commune who had voted against Cambodia's ruling party five years before.

The large-scale entertainment complex will be built just south of the UNESCO Heritage site.

Bor Bet and Sim Sovandy said authorities had sought them multiple times at their temple and hometowns.

US Lawmakers Call For Stronger Action Against Cambodia’s Hun Sen

Cambodian rights workers and labor leaders agree pressure is needed, but fear harm to the country from further sanctions.

Mary Lawlor, the UN Special Rapporteur on the situation of human rights defenders, sees a 'circular pattern' of detentions.

Cambodian Activists’ Wives Are Rebuffed After Petitioning King For Help

They called on the King to help free their husbands from jail, saying they have no faith in the country's courts or 'corrupt officials.'

A spokesperson says Péter Szijjártó was asked not to adhere to guidelines for stopping the spread of the coronavirus.

Ly Srey Vyna becomes the 14th CNRP member to ask for political ‘rehabilitation’ from the government.

Observers say the move is part of a bid to raise the popularity of the ruling party.

Prum Chantha, the wife of Cambodia National Rescue Party member Kak Komphear, says she has been harassed for days by five men monitoring her every move and urging her to join Prime Minister Hun Sen's ruling Cambodian People's Party.

Tea Banh echoes comments he made in October, saying the move was a sovereign right.

He says division makes the country weak and susceptible to foreign control.

But the party’s acting chief says the two are united and that the strategy will fail.

Sok Bolyma has actively campaigned for the release of her husband, but now fears for her life. 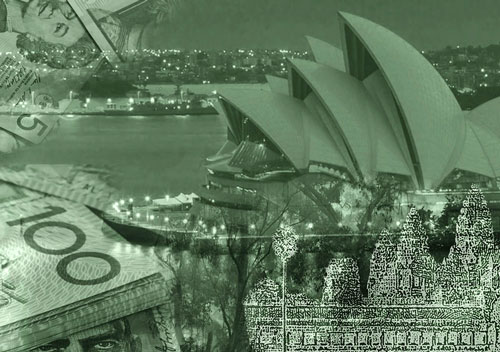