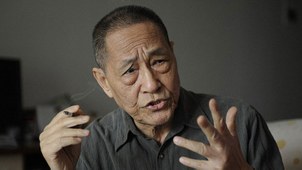 Interview: ‘The Core Will Now Dictate Everything’

A former top aide to late ousted premier Zhao Ziyang says a recent party plenum means there will be no rule of law in China.

Failing to Own Up to Mistakes Is Typical CCP Behavior

Bao Tong on the memoir of the former Surgeon General of Chinese People's Voluntary Army during the Korean War.

Bao Tong: Criticizing the Emperor is a Social Responsibility

The True Meaning of 'Socialism With Chinese Characteristics'

President Xi, is Your Father a Thought Criminal?

The entire purpose of the constitution is to provide legal meaning, which makes a nonsense of its references to political ideologies, a former top Communist Party aide argues.

On The Mysterious Moves Behind The Constitutional Amendments

Bao Tong says term limits for the top leader is "the acid test for telling the difference between a monarchy and a republic."

'In Memory of a Great Patriot, Liu Xiaobo'

A former aide to late, disgraced Chinese premier Zhao Ziyang shares his personal memories of Liu Xiaobo, and the optimism that surrounded the Charter 08 project.

The former aide to a late, ousted Chinese premier calls on President Xi Jinping to grant an amnesty to the terminally ill jailed Nobel laureate.

A former top aide to a late, ousted Chinese premier takes aim at changes to a much-loved political magazine.

A former aide to a late, disgraced Chinese premier says Chinese nationalism has it wrong on Taiwan, Hong Kong and ethnic minority groups.

Why The Communist Party Was Lucky To Have Zhao Ziyang

A former top Chinese official remembers an ousted premier who died on Jan. 17, 2005.

Bao Tong is a former top aide to late ousted Chinese premier Zhao Ziyang. He remains under house arrest at his Beijing home since his boss's ouster during the 1989 student-led pro-democracy movement on Tiananmen Square. He was former Director of the Office of Political Reform of the ruling Chinese Communist Party's Central Committee and the Policy Secretary of Zhao Ziyang.