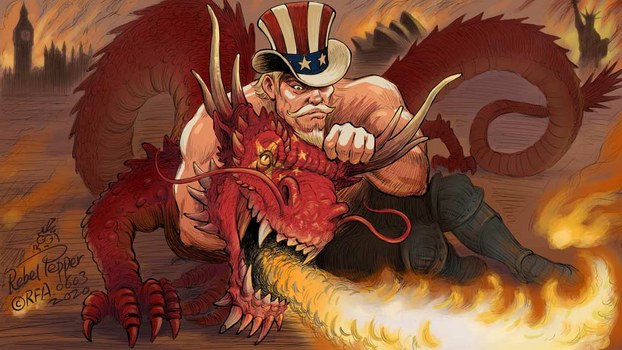 Clash of the Century

U.S. Secretary of State Mike Pompeo used a tour of Asia to upbraid China over its persecution of Uyghur Muslims and military expansionism in the South China Sea, the latest salvo in a titanic fight between Washington and Beijing -- over trade and technology, the handling of the COVID-19 pandemic, the autonomy of Hong Kong and Taiwan, and human rights -- that has seen bilateral relations reach their lowest point in four decades. For his part, Chinese President Xi Jinping called out “unilateralism, protectionism, and extreme egoism” in a thinly veiled jab at the U.S. in a recent speech. 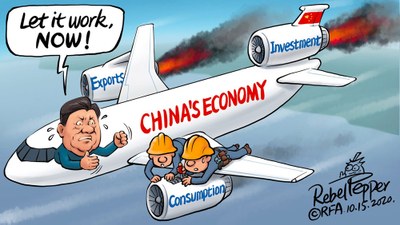 Faced with falling demand for Chinese exports amid trade friction with the United States and other partners, President Xi Jinping has unveiled a "dual circulation" policy that calls for boosting domestic consumption to create demand for products that are now sold abroad. A new name for the rebalancing toward consumption that China tried and failed to do a decade ago, "dual circulation" faces hurdles as the share of private consumption in China's GDP remains low, household debt as a share of disposable income is rising, and policies that would raise wages for workers would make Chinese-made goods more expensive and reduce export competitiveness. 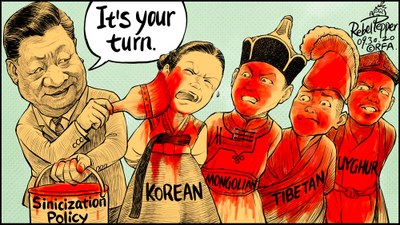 Cutting Off Your Tongues For Your Own Good

From Uyghurs and Tibetans in China's far west to Mongolians and Koreans in the north and east, a heavy-handed Communist Party policy to expand Chinese language education at the expense of native languages is meeting resistance from ethnic minorities who see a concerted drive to wipe out local tongues and identities. Inner Mongolia has seen weeks of class boycotts and street protests, while the Korean region in Jilin province has been blanketed with police to deter activism.

Looking After the Next Generation

Strongman Hun Sen -- who said in June that he is grooming his eldest son, Hun Manet, 42, to take over leadership of Cambodia -- has had a wide range of young political, labor and environmental activists detained in recent weeks after protests over dire economic prospects, corrupt land deals, and a border dispute with Vietnam.

Not the Happiest Place on Earth

Disney's live-action remake of the popular 1998 animation "Mulan" was partly filmed in China's repressive Xinjiang Uyghur Autonomous Region. Credits for the film thank Chinese Communist Party security and propaganda entities in the XUAR that run or promote mass internment camps believed to have held as many as 1.8 million Uyghurs and others. Beyond angering the Uyghurs, the tale of a young female Chinese warrior also prompted boycotts in Hong Kong after actors in the film backed a police crackdown on pro-democracy protests.

Chinese Communist Party chief Xi Jinping outlined "Five Never Allows" in a speech on Sept. 4, telling the world that "the Chinese people will never allow any individual or any force" to impose their will on China through bullying, change China's direction of progress or system of government, obstruct the Chinese people's efforts to create a better life, as well as distort the official line on China's history -- a total of 12 actions Beijing rejects.

Mongolians Fight Back Over Mother Tongue.

Thousands of students have boycotted classes and taken to the streets of the Inner Mongolia Autonomous Region in northern China to protest over plans by the ruling Chinese Communist Party to end Mongolian-medium education in the region's schools, a policy many local people resent as an effort at forced assimilation.

One of Cambodia's nature reserve forests disappeared at the shocking rate of one football pitch every hour of 2019, and the illegal logging that drives deforestation has accelerated during the COVID-19 pandemic. Forest conservation activists say Cambodia's loss of 26 percent of its tree cover since 2000 is the result of authoritarianism and corruption in the de facto one-party state where the business tycoons and military officials who cull and sell off the country's tropical hardwood enjoy impunity thanks to their close ties to Prime Minister Hun Sen's ruling party.

The United States on July 13 declared that China’s sweeping claims in the South China Sea are illegal and accused Beijing of treating the disputed waters as a “maritime empire,” bullying Southeast Asian nations and denying them their rights to the energy and marine resources in their waters. Secretary of State Mike Pompeo, who with the declaration formally aligned the U.S. position with the legal outcome of a key 2016 international court ruling on the sea, said: “America stands with our Southeast Asian allies and partners in protecting their sovereign rights to offshore resources, consistent with their rights and obligations under international law.”

Tsinghua University law professor Xu Zhangrun, a sharp critic of Chinese leader Xi Jinping and the ruling Communist Party, was taken away by police in Beijing July 6 after police in far away Sichuan province accused him of seeking prostitutes. Friends dismissed the vice allegations as a timeworn trick used by ruling party to sully the reputation of critics like Xu, who had just published a collection of his trenchant essays outside China.

One Country, One System

The standing committee of China's National People's Congress rubber-stamped draconian new security legislation for Hong Kong that bans activities deemed subversive or secessionist. The imposition of the law prompted political groups to disband and set the stage for protests in the city, as well as friction with Western countries over what is seen as a breach of China's international obligations under the 1984 arrangement governing the 1997 handover to Beijing of the former British colony, which was promised a high degree of autonomy for 50 years.

Forced sterilizations and abortions targeting Uyghurs in the Xinjiang Uyghur Autonomous Region of northwestern China have dramatically increased in recent years, slowing Uyghur population growth rates, according to a new report by researcher Adrian Zenz, who says Beijing's policies “might be characterized as a demographic campaign of genocide.”

Rivals Rumble on the Roof of the World

Nuclear-armed Asian powers China and India have become embroiled in a tense diplomatic and military standoff over disputed points along their mostly undemarcated, 3,500km (2,200-mile) Himalayan border. The first deadly border clash in more than 40 years between the world's two most populous nations on June 15 left 20 Indian soldiers dead after fierce hand-to-hand combat.

Exiled activists with Cambodia’s banned opposition party are trying to help hundreds of thousands of people left jobless and unable to pay debts to microfinance lenders after the shutdown of the economy to fight the coronavirus outbreak. The campaign to urge rural borrowers to stop their loan payments for at least six months was denounced by Prime Minister Hun Sen, who threatened to arrest those who try to “sabotage” his government.

Not a Lot to Celebrate at 67

President and Communist Party General Secretary Xi Jinping passed his 67th birthday as China deals with fallout from the coronavirus epidemic, trade and security tensions with the United States while other Western countries are rethinking ties with China, a pushback from Southeast Asian countries in the South China Sea, civil unrest in Hong Kong, deepening estrangement with Taiwan, and global condemnation of its treatment of Uyghurs in Xinjiang.

Wang Liming is a renowned political cartoonist who works under the pen name of Rebel Pepper. His work focuses on political, cultural and societal developments across Asia.
E-BOOKS 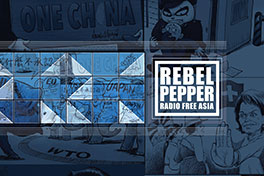