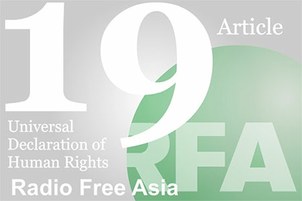 Radio Free Asia’s mission is to provide accurate and timely news and information to Asian countries whose governments prohibit access to a free press. RFA is funded through an annual grant from the United States Agency for Global Media, an independent U.S. agency; RFA has a legislative firewall that bars interference by U.S. government officials in the execution of RFA’s mission of providing reliable journalism to audiences otherwise deprived of uncensored, accurate press.

RFA is a private, nonprofit corporation that broadcasts news and information to listeners in Asian countries where full, accurate, and timely news reports are unavailable.

Strict adherence to the highest standards of journalism is at the very core of RFA's mission.

Find out how to reach RFA’s media and language service departments.

Find the right frequency for listening to our news broadcasts via shortwave and FM radio.

Radio Free Asia is a private, nonprofit corporation, funded through the US Agency for Global Media, an independent federal government agency.

We welcome the re-use, republication, and distribution of original RFA content published on this website only on the condition that you credit us by including the following information: Copyright © 1998-2020, RFA. Used with the permission of Radio Free Asia, 2025 M St. NW, Suite 300, Washington DC 20036. For any commercial use of RFA content please send an email to: contentrequests@rfa.org. RFA content may not be used in a manner which would give the appearance of any endorsement of any product or support of any issue or political position. Please read the full text of our Terms of Use.

Each of our nine news services has a director who is responsible for its editorial operations.