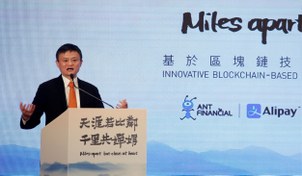 When the "June 4 incident" shocked the world 20 years ago, I was very young, so I just accepted the authorities' imperious interpretation of what I had seen and heard, as most other people habitually did, as "counter-revolutionary turmoil."

In an interview with Dan Southerland on June 4, China scholar Perry Link—an expert on China’s language, culture, and popular literature—remembers the 1989 crackdown at Tiananmen Square, analyzes the student-led protest movement, and discusses the changes that have occurred in China over the last 20 years.

Trade gains may overstate prospects for GDP this year.

A Reporter Looks Back: Vietnam Veterans From 1975 Until 2020

“For decades the patriotism and personal sacrifice of the men and women who fought this war were largely ignored by the American public,” Wolf says.

Moscow objects to impact on its interests in fossil fuels.

Interview: ‘The Core Will Now Dictate Everything’

A former top aide to late ousted premier Zhao Ziyang says a recent party plenum means there will be no rule of law in China.