A Reporter Looks Back: Vietnam Veterans From 1975 Until 2020 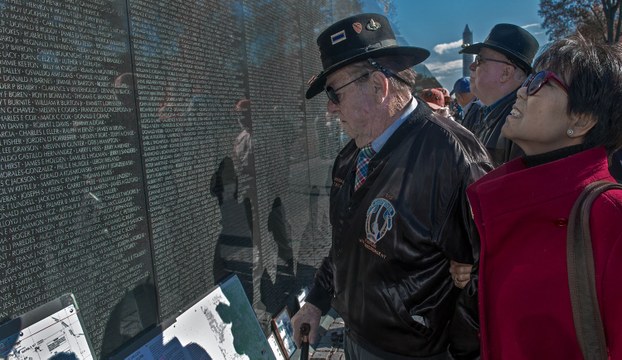 War author and correspondent Joseph Galloway (L) and his wife Grace Galloway (R) stand at the Vietnam Memorial wall in in Washington looking at Panel 3 East, and all 305 names of those who fell in the Ia Drang campaign engraved in the wall, in file photo.

A new book tells of the sacrifices and achievements made by American veterans during and after the Vietnam War.

The book titled They Were Soldiers and written by Joseph L. Galloway and Marvin J. Wolf covers the stories of 47 Americans who served in Vietnam over a period of several decades.

They served as officeholders, government officials, and journalists among other professions.

This is important, because I don’t think that enough attention has been paid in American media to the sacrifices made by Vietnamese veterans and their families. The success stories of Vietnamese refugees who made it to the United States is well known, but the sacrifices made by the veterans and their various contributions to American society are not.

As a reporter based in Saigon and then Hong Kong, I covered the Vietnam War on and off for nine years from the mid-1960s up until  the fall of Saigon on April 29, 1975 when I boarded one of the last helicopters out of Saigon.

Co-author Joe Galloway is a friend. He and I worked as reporters for United Press International in Vietnam in the mid-1960s.

Joe was already the most famous among us when I arrived in Vietnam in early 1966 because of the role he played in November 1965 covering the first major battle between the U.S. Army and the North Vietnamese. The three-day battle of the Ia Drang Valley took place in Vietnam’s central highlands.

The three-day battle became the basis for a book which Joe co-authored and then for a  popular movie in 2002 titled “We Were Soldiers” in which the actor Mel Gibson played the role of Lieutenant Colonel Hal Moore, who commanded the U.S. troops in the battle.

Joe earned a Bronze Star for valor for rescuing a badly wounded soldier while under fire during the battle.

In his introduction to “They Were Soldiers,” Marvin J. Wolf explains a key motivation for the publication of the book that he co-authored with Galloway.

Wolf, who currently lives in Asheville, North Carolina, served with the U.S. Army as a combat photographer, reporter, and press chief in Vietnam. He arrived in Vietnam in the summer of 1965 and departed in late November of 1966.

“For decades the patriotism and personal sacrifice of the men and women who fought this war were largely ignored by the American public,” he says.

“More than a few returning soldiers were vilified as baby killers and war criminals, including me…”

“The wounded and the broken among us were shamefully ignored by our countrymen and government,” Wolf said, adding, “Our individual struggles to reintegrate with society were magnified by merciless media attention.”

“For decades a staple character in Hollywood films was the crazed Vietnam veteran…The kindest labelled us as a lost cause.”

Based on research done by Martha Bayles, a scholar at Boston College who studies cultural issues, including Hollywood films, I would agree that this was the case for at least two films released in the late 1970s.

As Bayles describes it, in both films veterans were cast as “emotional time bombs just waiting to explode.”

And it might surprise some readers to know how many Americans served in Vietnam.

According to Marvin Wolf, between 1964 and 1975, some 9.7 million Americans served in uniform, a little less than 10 percent of that male generation.   Two-thirds of them were volunteers, and together they comprised what he describes as “the best-educated army that our nation had ever sent to war.”

About a third of them were draftees.

The majority were trained nurses, and most of them volunteered to go.

One of the best chapters in the book describes the work of Grace Liem Lim Suan Tzu Galloway, who happens to be the wife of Joe Galloway. 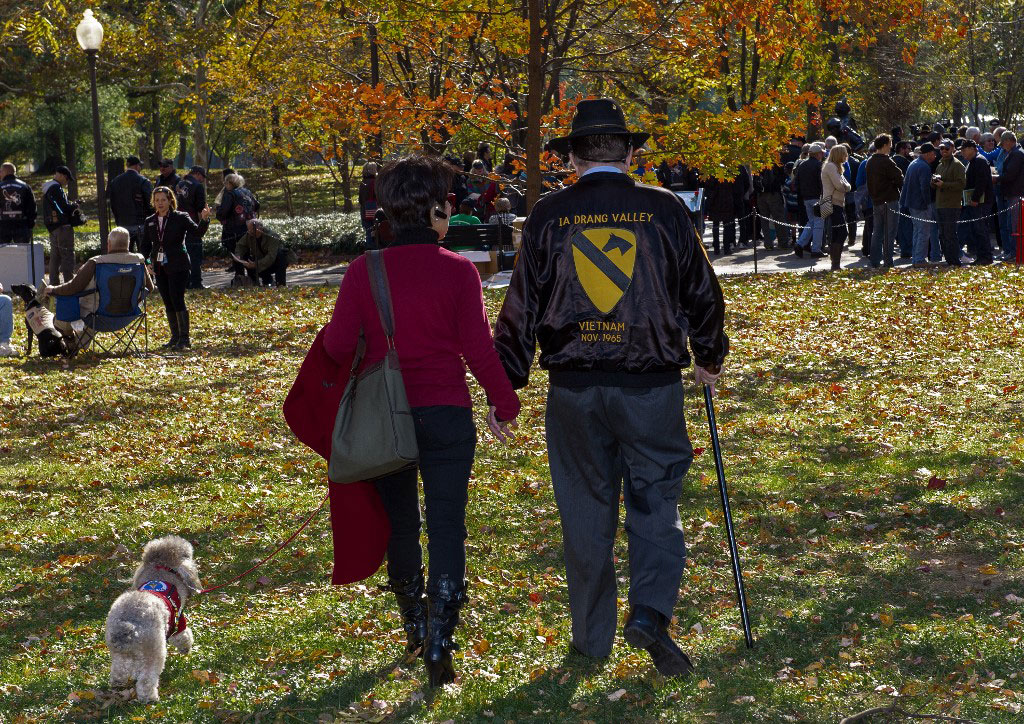 Joe told me recently that marrying Gracie was the best decision that he ever made.

“Doc Gracie is a remarkable dynamo, always buzzing and running,” he said.

A native of Singapore, Grace is quoted in They Were Soldiers as saying that she grew up in Singapore and Southeast Asia, spent some time in Europe, and still has some family in China.

“My family has the distinction of having been kicked out of China twice and Indonesia twice,” she says.

She dreamed of becoming a nurse.

When she looked for nursing work in Saigon, the nuns at the Catholic Relief Service “were the only people who would take me. I was a Catholic and I had a rosary.”

Grace became a nurse’s helper, assisting doctors and nurses to care for a flood of sick and wounded civilians.

In 1971, Grace moved to Richmond, Virginia, where her mother had lived for several years. Based on her experience working with orphans and abandoned children in Vietnam, the YMCA hired her to develop and run a shelter program for battered women and their children, one of the first three such shelters in the United States.

Once her program was rooted in the community, Grace decided to pursue her childhood dream and enrolled in a community college that offered a two-year nursing degree.

For the next several decades Grace worked in hospitals, including the Richmond Veterans Hospital.

'We are living proof'

She studied for a second master’s degree and a doctorate in public health.

Grace spent a year with the Barnum & Bailey Circus, initially as a nurse and then as a performer, a trapezist. That was followed by a decade travelling the world with Club Med.

In 2012, Grace married a friend of 45 years, Joseph Galloway, whom she had first met in Indonesia.

Now well past retirement age, Grace continues to serve her community as a nurse practitioner Three days a week and one evening a week, “Doc Gracie” sees patients as the principal practitioner at a free clinic in Concord, North Carolina, where she and Joe now live.

The Free Clinic offers free and low-cost care to those too poor to afford health care and yet not poor enough to qualify for the state’s bare-bones Medicare program.

Marvin Wolf hopes that the profiles of those portrayed in the book will show that the veterans who returned from Vietnam “to a nation that turned its back on them” nevertheless “went on with their lives, made further important sacrifices and contributions to their families, to their communities, and to the commonweal.”

“We are living proof, Wolf concludes, “that the Vietnam generation is every bit as worthy of respect and admiration as the generations who preceded us.”

Joseph Galloway's commentaries in the Ken Burns series, The Vietnam War, are remarkably profound -- even "haunting."