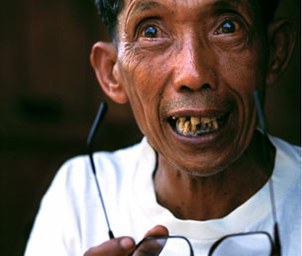 On trial, he became the only defendant yet to come close to telling the truth about what happened.

In Burma, bribery, graft, and kickbacks are deeply ingrained.

The stabbing death of an ethnic Uyghur worker casts a shadow over China's original boomtown.

The Dalai Lama visits the border region where he crossed into India from Tibet 50 years ago.

"We’re working for Tibet through our music," says Jigme, lead guitarist for the Exile Brothers band in Dharamsala, India.

Conservative columnist Robert Novak passed away on Aug. 18 at the age of 78. RFA Executive Editor Dan Southerland tells the story of a dangerous road trip with the famous commentator at the outset of the war in Cambodia in 1970.

Chance for a New Life

A reporter takes an intimate look at North Korean teenagers adjusting to life in the South.

Some countries block access to the RFA websites. Learn how to circumvent this censorship, or receive information through an e-newsletter bringing news directly to your email.