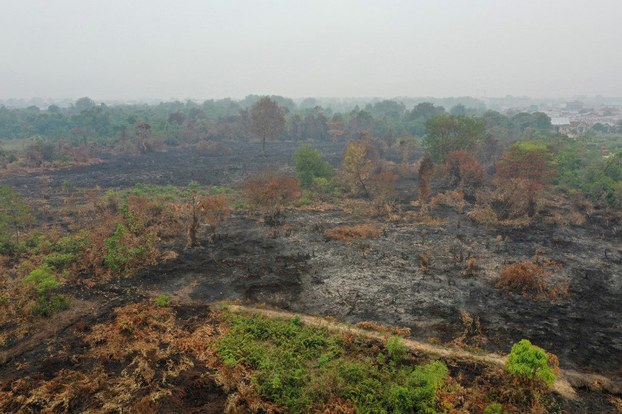 An aerial picture shows smoldering peatland after a fire swept through Kampar, in Indonesia's Riau province, set off by on Illegal fires to clear land for farming, September 13, 2019.

Every two years, the World Wide Fund for Nature publishes a report that sums up the state of the world’s wildlife based on the monitoring of its projects around the world.

The WWF, based in Gland, Switzerland, says that human activity threatens with extinction roughly a million species of animals, plants, and insects over the coming decades to centuries.

Some might be surprised to know that insects play a key role in conserving the environment. Think of their role in pollinating fruits, flowers, and vegetables.

According to Purdue University, insects also help to break down and dispose of waste.

But the WWF report holds out hope for the future, stating that “many of these extinctions are preventable if we conserve and restore nature.”

Karin Brulliard of The Washington Post summed up the WWF report well.

The losses of wildlife “have been driven by habitat loss … along with pollution, invasive species, overhunting and overfishing and, increasingly climate change.”

One might add to this list wildlife trafficking, which has proven highly profitable for criminal gangs. The highest demand for exotic wildlife comes mostly from members of China’s middle class who value animal meat and parts for their alleged medicinal value as well as their use as status symbols

According to the WWF report, the most important drivers of the losses of wildlife over the last several decades have been the conversion of forests, grasslands, and mangroves into agricultural systems. At the same time, oceans have been overfished.

To counter these losses in agriculture, the WWF says that a reduction in the use of chemicals, fertilizers, and pesticides will be required to protect soils and pollinators.

“Globally, climate change has not been the most important driver of the loss of biodiversity to date, yet in coming decades it is projected to become as, or more, important than the other drivers,” says the WWF.

When it comes to Asia, not surprisingly, the most important causes of animal losses have been deforestation and overfishing.

In a report titled “The State of The World’s Forests (S0WF) for 2020-21,” The Food and Agriculture Organization (FAO) of the United Nations concludes that the earth’s biodiversity depends on how we interact with and use forests.

The FAO notes that mangrove forests provide breeding grounds and nurseries for numerous species of fish and help provide sediments that might otherwise damage sea-grass beds and coral reefs, which are the habitats for many marine species.

On July 20 of this year, the environmental website Mongabay.com reported that deforestation in Southeast Asia has been more extensive than originally thought.

According to the Nanyang Technological University in Singapore, as early as 2013 Southeast Asia had the highest deforestation rate of any major tropical region, losing 1.2 percent of forests each year, followed closely by Latin America and Africa.

In May of 2019, Southeast Asia was reported to be the home to 15 percent of the world’s tropical forests. But it was also ranked as one of the world’s major hotspots in terms of severe biodiversity loss due mostly to the conversion of intact forests into plantations used to produce palm oil.

Sadly, based on independent reports, it’s clear that many officials in Cambodia, Indonesia, Malaysia, and the Philippines have profited from their positions and that deforestation is likely to be the least of their concerns.

As The Economist magazine noted in its most recent edition, which was published on Oct. 24, angry young people in these countries as well as, most notably, Thailand have protested against government misrule.

“Some divine in this inchoate anger an irresistible force,” said The Economist, in a commentary.

“Can it prove more powerful than the immovable mass of Southeast Asia’s kleptocrats, self-serving bureaucrats, and strongmen? Well, that is another matter.” 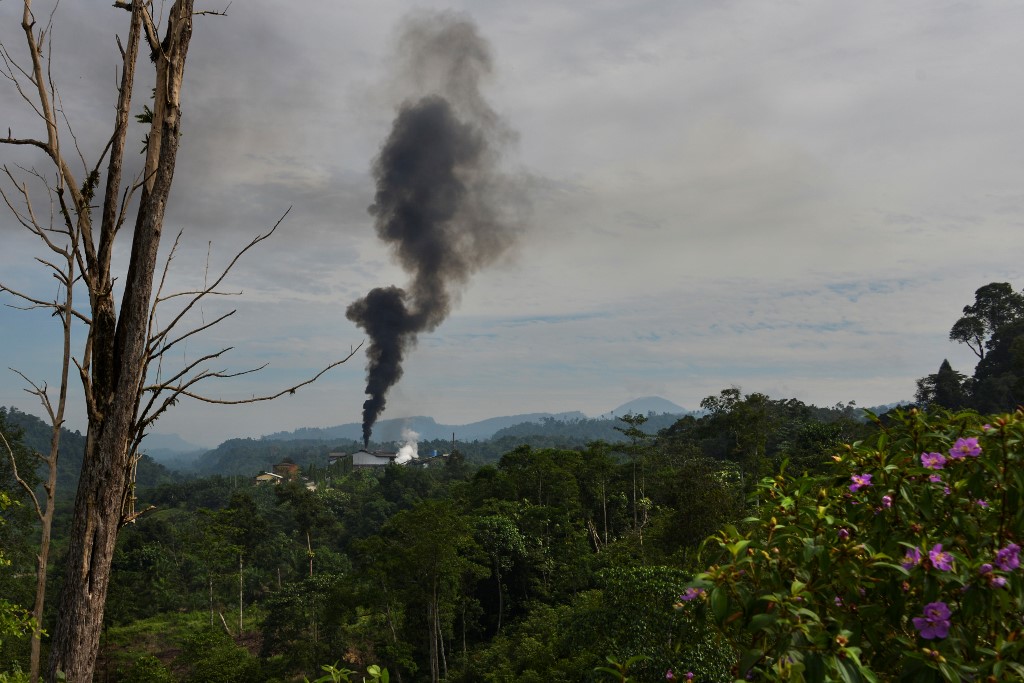 The four most populous Southeast Asian nations—Indonesia, The Philippines, Vietnam, and Thailand—have all taken steps to limit deforestation, but implementing government decrees and regulations has proven to be a challenge.

The export of palm oil from Indonesia is a lucrative business. But its production requires the destruction of forests that are vital to protect and support rare animals, such as orangutans and Sumatran tigers. Some of these forests have been cleared illegally to make room for plantations.

According to researchers, fewer than 400 Sumatran tigers are believed to remain in the wild. They’re considered critically endangered, due both to the loss of their forest habitat and poaching.

In an article published by the Mongabay.com website, researcher Hans Nicholas Jong says fires that raze swaths of Indonesian Borneo every year are endangering the region’s orangutans.

Jong says that a preliminary study shows that in nearly all cases these are started to clear land for plantations, such as those dedicated to oil palms.

The study is being conducted by a team from Rutgers University in New Jersey.

The study indicates that the annual fires reduce the availability of food eaten by the orangutans and now threaten them with starvation.

The fires appear to have reduced the availability of fruit eaten by the orangutans, forcing them to eat tree bark, but tree bark is threatened due to both logging and large-scale farming.

The smoke from the fires also weakens orangutans’ immune system and damages their DNA. 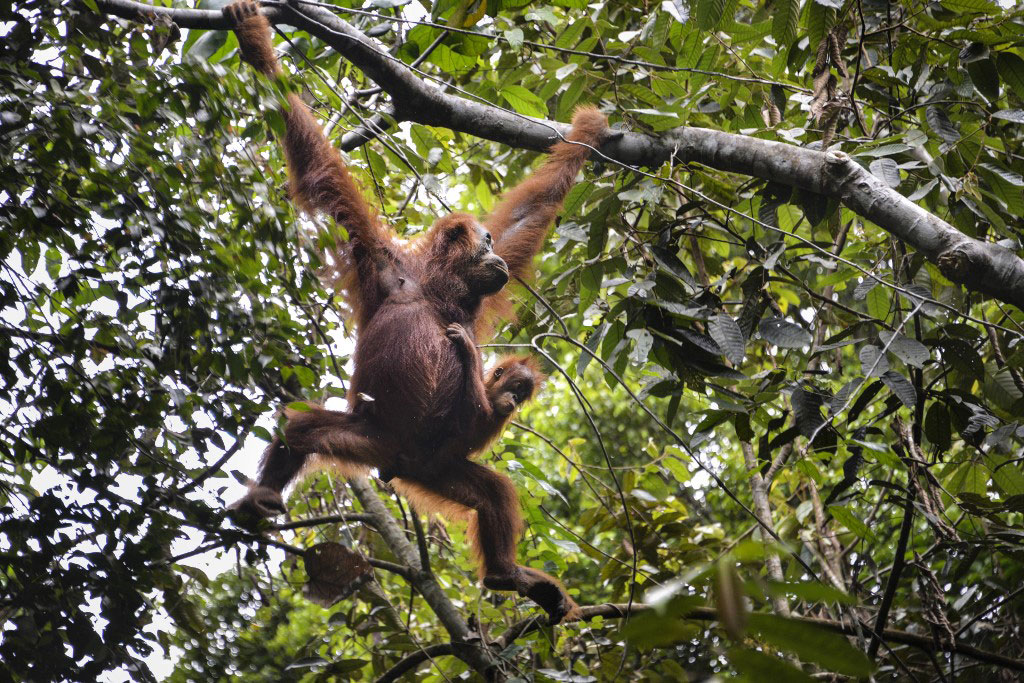 The trade is illegal and threatens Southeast Asia’s biodiversity but is worth billions of dollars to traffickers.

Filipinos, McGinnis says, can report suspected wildlife trafficking incidents through a hotline, but a lack of cellphone reception or species knowledge “can pose barriers to reporting.”

But the WildAlert app is “designed to empower anyone, in any part of the country, “to fight the illegal wildlife trade.”

“As wildlife enforcement officers and the public wait for WildAlert’s full rollout, they can access the app’s wildlife library of 480 species—including conservation status and common names in local dialects on the app’s website.”

On a broader, long-term scale, solutions will require collective action, according to the World Wildlife Fund for Nature.

“We know that the health of our people and that of our planet are increasingly intertwined,” says the WWF. “The devastating forest fires of the past year and the ongoing COVID-19 pandemic have made this undeniable.”

“We know that increased conservation efforts are the key, along with changes in how we produce and consume our food and energy.”

“Citizens, governments, and business leaders around the globe will need to be part of a movement for change with a scale, urgency, and ambition never seen before,” WWF says.

A tall order indeed for the path ahead.