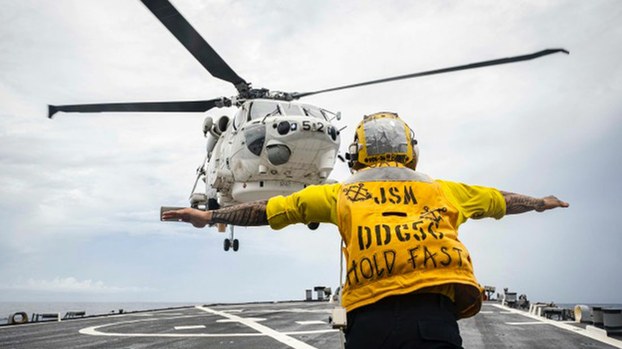 Japan has joined the U.S. for an exercise in the South China Sea, after engaging in a bit of defense diplomacy with Indonesia and Vietnam that was not welcomed by the region’s other key power – China.

Three ships of the Japan Maritime Self-Defense Force, or JMSDF, joined the U.S. Navy for a series of drills in the contested waterway that started Monday and will continue through this week.

“Even during the COVID-19 situation, the JMSDF continues to work with allied and partner navies, thus contributing to the regional peace and stability and a Free and Open Indo-Pacific,” Capt. Nishida Satoshi, commanding officer of the JS Kaga helicopter carrier, was quoted as saying in a press release by the U.S. 7th Fleet.

That followed a JMSDF solo anti-submarine warfare exercise in the South China Sea on Friday as it transited through the area, according to a release from the Japanese Ministry of Defense, and then a port call at Vietnam’s Cam Ranh Bay to resupply.

Japan’s self-defense forces are constrained by the nation’s pacifist constitution, which prohibits it from settling international disputes by force.

But predictably, China looked dimly on submarine maneuvers. Foreign Ministry spokesman Zhao Lijian told reporters in Beijing on Monday: “We hope that the relevant country will not do things detrimental to regional peace, security and stability.”

The port call in Vietnam also likely struck a raw nerve in Beijing, which has historically viewed Japan as a strategic rival and has a tense relationship with Hanoi over their competing claims to the South China Sea.

Japan has made several port calls at Cam Ranh Bay since the JMSDF did so for the first time in 2016. Although Japan is not a party to the South China Sea disputes, Jeffrey Hornung, an analyst with the U.S.-funded Rand Corp., noted that Japan relies on trade through that waterway.

“The reason why Japan has had these transits, or rotational presence, in the South China Sea specifically is that it sends a message to China,” Hornung said in an interview. “It helps send a powerful message about who China’s friends and allies are and are not.”

According to Hornung, Japan’s engagement in the region shows off how it has comparatively less fraught relations with Southeast Asian states than China does.

China notably claims nearly the entirety of the South China Sea as its historic territory. Six other Asian governments have territorial claims or maritime boundaries in the South China Sea that overlap with the sweeping claims of China. They are Brunei, Indonesia, Malaysia, the Philippines, Taiwan and Vietnam. While Indonesia does not regard itself as party to the South China Sea dispute, Beijing claims historic rights to parts of that sea overlapping Indonesia's exclusive economic zone. 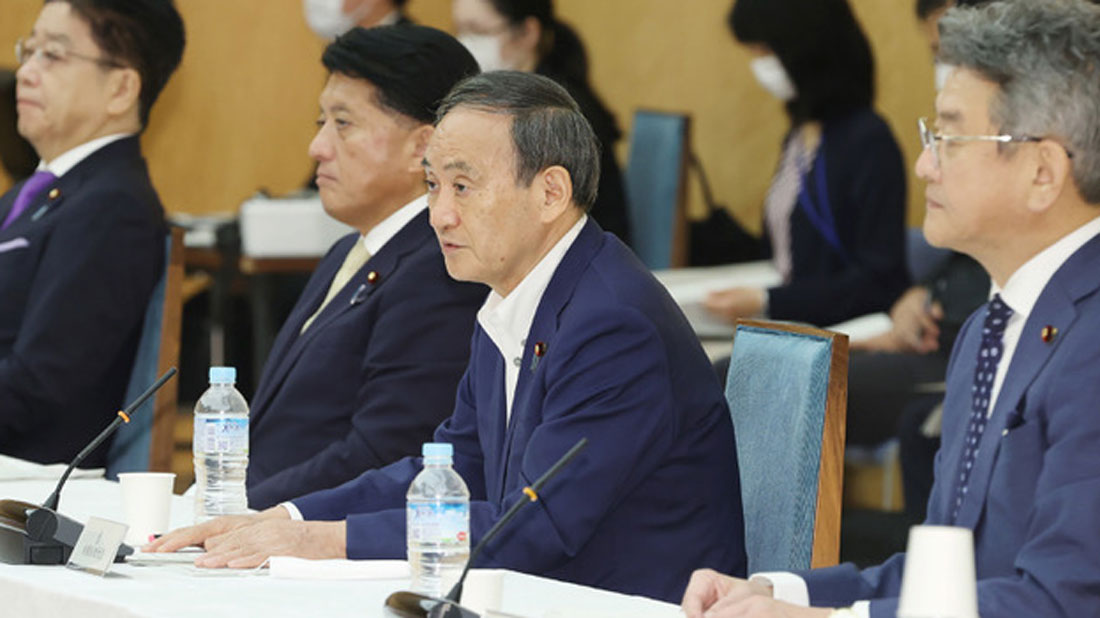 A 2020 survey of businessmen, academics, civil servants, civil society groups and media figures spread across the ten countries of the Association of Southeast Asian Nations (ASEAN) by the Singapore-based ISEAS-Yusof Ishak Institute showed Japan is actually considered the most trustworthy outside country. Nearly 62 percent of respondents believed Japan would “do the right thing” for global peace, prosperity, and security. In contrast, just 16.1 percent of respondents believed China would.

But Hornung said Japan is still signaling in its own way.  “Just being able to show for a month that they can have a presence in the region with their assets, and make port at a bunch of friendly ports that also have conflicts with China, is message enough. They don’t have to challenge excessive Chinese claims. They can just show who their friends are by visiting these ports and angering China in the process,” he said.

Last week, the JMSDF, including the JS Kaga, held a training exercise with its Indonesian counterpart in the North Natuna Sea. Japan’s new Prime Minister Suga Yoshihide will be visiting Indonesia and Vietnam on his first trip abroad as PM, according to a press conference held at Japan’s Ministry of Foreign Affairs Tuesday.

Japan, Australia, India, and the U.S. comprise the “Quad” – a grouping of four Indo-Pacific democracies. They held a senior-level security meeting on Oct. 6, but released no joint statement afterward. Beijing has long viewed the Quad with suspicion, and Wang Yi, China’s top diplomat, blasted the grouping on Tuesday.

“What it (the Quad) pursues is to trumpet the old-fashioned cold war mentality and start up confrontation among different groups and blocs, and stoke geopolitical competition,” he said at a press conference in Kuala Lumpur, after meeting with Malaysian Foreign Minister Hishammuddin Hussein.

Wang Yi is currently traveling through five different Southeast Asian countries for diplomatic talks.  His visit to Malaysia coincided with the arrest days earlier of some 60 Chinese nationals whose fishing vessels allegedly intruded into Malaysian waters.