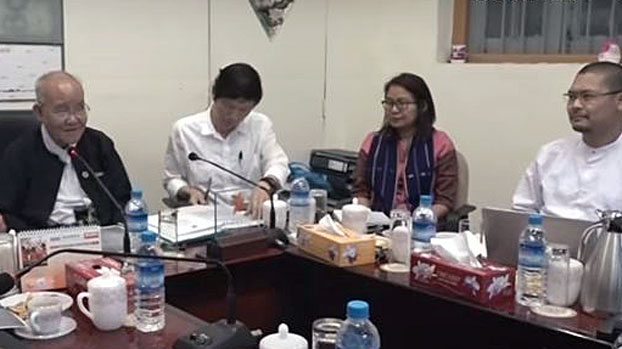 Myanmar’s military on Wednesday dropped criminal defamation lawsuits against two news organizations following the intervention of the Myanmar Press Council (MPC), which mediated the cases and requested that they be withdrawn, officials from the body said.

The military had filed a complaint against the online journal The Irrawaddy and editor Ye Ni nearly a year after over the publication of memoirs about the armed conflict in war-torn Rakhine state, arguing that they were one-sided and cast the army in a bad light.

The army also filed a case against Reuters over its coverage of a shelling incident in western Myanmar’s war-ravaged Rakhine state in which a local lawmaker said artillery fire by government soldiers killed two Rohingya women. The military also filed a lawsuit against the lawmaker, which still stands.

Both news organizations faced charges under Section 66(d) of the Telecommunications Law, which prohibits the use of the telecom network to defame people and carries a maximum two-year prison sentence.

The military had told the MPC that it filed the charges because the reports were misleading and undermined its dignity and image.

MPC secretary Kyaw Swa Min said the military dropped its charges against two news agencies because of the council’s intervention.

MPC chairman Ohn Kyaing said the council asked the military to drop the charges in a bid to build a better relationship with the press.

“We requested that they do so,” he said. “We are also mediating between them.”

“During a meeting with the MPC, the military commander-in-chief said that the military accepts the media as the Fourth Estate,” he added. “We are working on the development of the media industry and supporting the media to send the right information to the public.”

“It is because of the press council’s mediation,” he said. “We are always told that the journalists should be charged only under the Media Law.”

Repeating a common assertion of the military, he added that relations between the army and journalists could be improved if the media published objective reports and avoided what he said was misleading information concerning the military.

Irrawaddy editor Ye Ni declined to comment on Zaw Min Tun’s statements, but wrote on his Facebook page that he welcomed the military’s decision to drop the charge against him on account of the MPC’s request.

Phil Robertson, deputy Asia director of Human Rights Watch, said Wednesday that the two cases should never have reached the point that they did because the journalists were doing their jobs, and they had done nothing that called for criminal charges.

“As welcome as the Tatmadaw’s [Myanmar military’s] backpedaling is on these two cases, the problem is Myanmar’s authorities have become addicted to using rights-repressing laws to threaten and curb freedom of the press,” he said in a statement.

The military usually tries to silence journalists who are critical of its actions by filing criminal defamation charges against them instead of seeking remedy under the Media Law, which governs the rights and conduct of journalists and should be the first means of attempting to resolve complaints.