Cost of Defection Goes Up 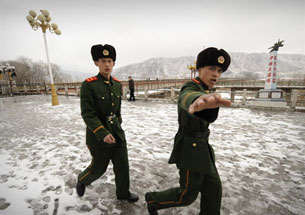 A Chinese border guard tries to stop his picture from being taken along the Tumen River, March 21, 2009.
AFP

The cost of illegally crossing the river border from North Korea into China has significantly increased in the wake of stepped-up North Korean security efforts following the North’s shelling of South Korea’s Yeonpyeong Island in November, sources report.

“The cost of defecting from North Korea is no laughing matter,” Kim Chul Min, a North Korean defector now living in the United States, said, citing contacts in the region.

“According to a Chinese broker who brings defectors across the Tumen River into China, 4 million South Korean won (U.S. $3,500) is the fee they charge these days,”  Kim said.

Kim added that because of the increased cost and danger, he has had to abandon his dream of helping his younger brother escape from North Korea.

Other Chinese brokers active along the Tumen River confirmed the report, saying, “North Koreans have stepped up border surveillance, and no one will lift a finger unless 4 million South Korean won is paid.”

The amount represents a twofold increase from the 2-2.5 million won (U.S. $1,735-$2,170) fee for help in defecting charged in early November, according to South Korean media reports. 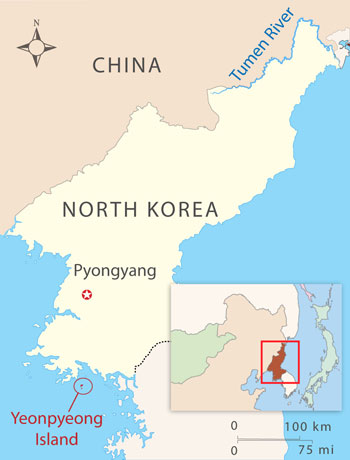 Kim Jong Un is the youngest son and heir to North Korean leader Kim Jong Il, and holds the rank of a four-star general in the North Korean army despite his age, believed to be about 27.

The younger Kim also directed that surveillance inside North Korea be increased, Daily NK noted, with the traditional system of five families spying and informing on each other replaced by a three-family system.

“[This implies] a lower number of families and individuals within each unit, and thus heightened vigilance among North Korean citizens,” the journal said.

Corruption at the border

Meanwhile, a recent defector from Chongjin, in North Korea’s North Hamgyong Province, noted that security forces sent to the border are taking bribes to allow defectors to cross.

“Beginning in early December, agents of the State Security Agency and military high command were dispatched to the border areas,” said the man, whose sister defected to South Korea in 2005 and later helped him to escape.

“By the time they leave, they are loaded with goods they received as bribes.”

Ordinary North Koreans bitterly make fun of the corruption, saying the officials are just “preparing for the holidays,” the man said.