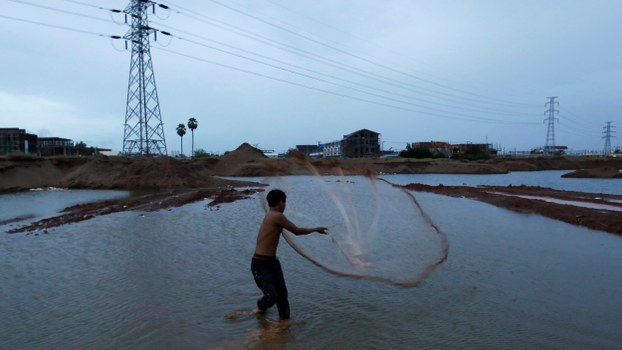 Cambodia’s Prime Minister Hun Sen has allocated more than 10 hectares (25 acres) of state land to the daughter of the country’s land minister from a key lake in the capital Phnom Penh that is under threat from overdevelopment.

Chea Sophamaden is the daughter of Chea Sophara, the Minister of Land Management, Urban Planning and Construction. Her husband, Yim Leang, is a Lieutenant General who was promoted to the position of Deputy General Commissioner of the National Police in early 2020 and Vice President of the cabinet of the ruling Cambodian People’s Party (CPP) Central Committee in June.

Ta Mok Lake is the largest lake in Phnom Penh, with a total area of more than 3,240 hectares (8,000 acres). Hundreds of hectares (1 hectare = 2.5 acres) of the lake has been filled in to pave the way for the development of state infrastructure and private projects.

Alex Gonzalez-Davidson—the founder of local environmental watchdog Mother Nature—recently told RFA that Hun Sen’s government has routinely allocated state land to private developers through opaque transfers, often in violation of the law. Such allocations regularly involve corruption and harm the interests of the public, he said.

“When the lake becomes privately owned, it could be filled with sand and sold to make a fortune,” he told RFA.

Gonzalez-Davidson suggested that the allocation to Chea Sophamaden could also be part of a money laundering scheme.

“A few years ago, a source from the CPP told me that the upper echelons of the party are way too rich from the proceeds of crimes,” he said.

“They can’t keep their money in banks or at their homes. They need to launder it so that it becomes clean.”

Government spokesman Phay Siphan told RFA that the land deal was carried out “in accordance with the proper procedures,” and suggested it could be part of a “swap.”

“Maybe there is a trade-off property somewhere in the city with that piece of land between the private individual and the state,” he said.

“I don’t believe there is any irregularity in the sub-decree.”

However, he said he was unsure of the details and referred further questions to the Land Management, Urban Planning and Construction.

Multiple attempts to contact Seng Lot, the spokesperson for the Ministry of Land Management, Urban Planning and Construction, went unanswered. Chea Sophamaden also could not be reached for comment. 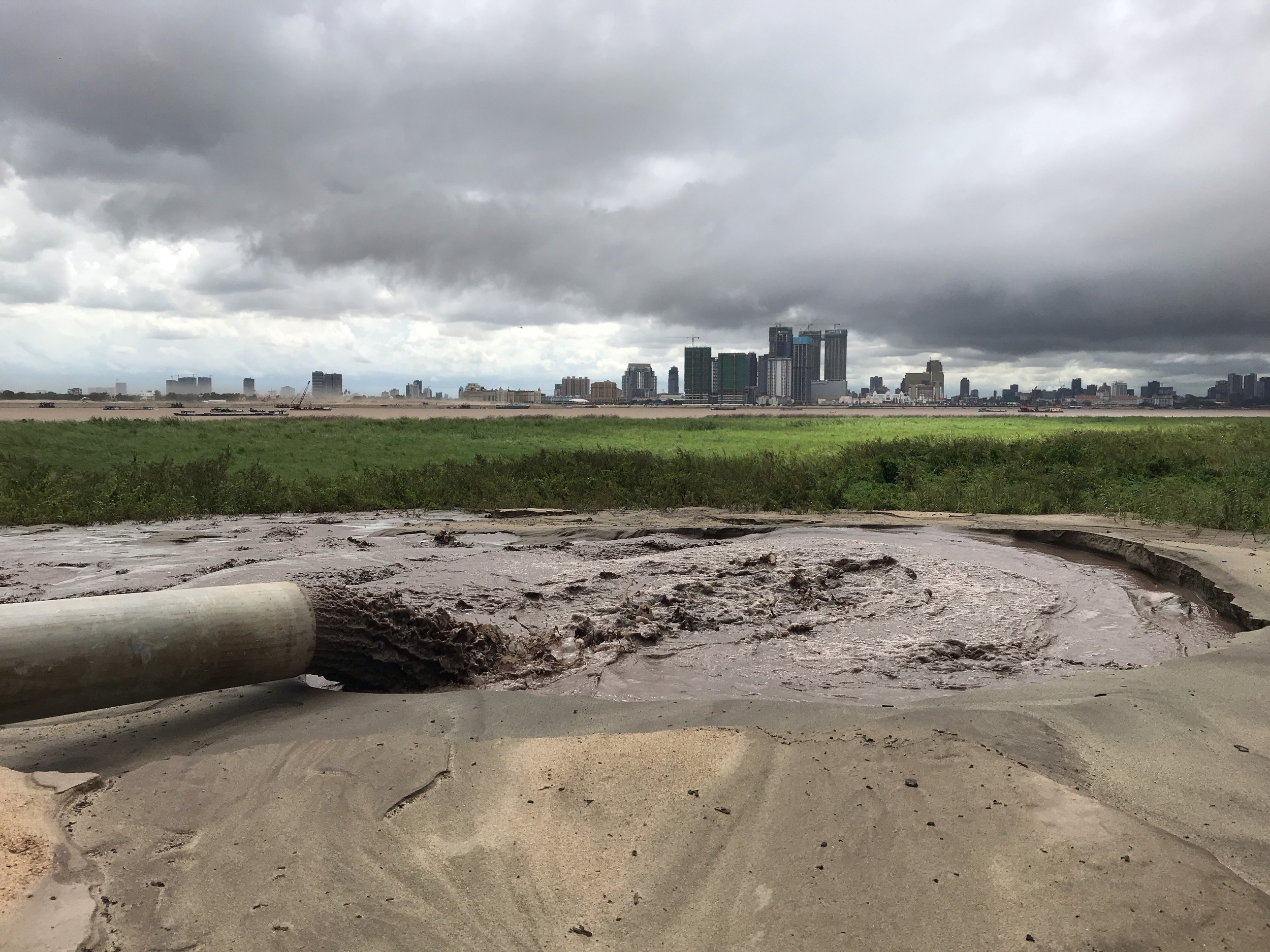 As reports of the Ta Mok Lake allocation were made public, RFA also learned that a company has begun filling the Mekong River with sand in Kandal province as part of a development project that local residents say is severely impacting fish stocks and their livelihoods.

A villager from Arey Ksat commune, who gave her first name as Noeu, told RFA that Khun Sea Import and Export Co. is operating several sand-dredging barges along multiple points on the river on a daily basis.

However, she said, residents have been unable to stop the company, which was granted 70 hectares (173 acres) of formerly public land in Arey Ksat village and nearby Khsach village by the government last year as part of a 50-year, renewable lease agreement.

“They even challenged us for fishing in the river where they have been licensed to dredge sand,” Noeu said.

“We are small people. They are big people. We cannot challenge them.”

Ksach village chief, Sao Sava, told RFA that he has not seen the river being filled.

He said he trusts the government to do its job when issuing sub-decrees to allow companies to operate.

Mother Nature’s Gonzalez-Davidson told RFA that the government has done whatever it wants since dissolving the opposition Cambodia National Rescue Party (CNRP) and launching a crackdown on the country’s independent media.

However, government spokesman Phay Siphan and Kandal provincial governor Kung Sophorn said that a thorough study would have been conducted before any sub-decree was issued.

Cambodia’s Supreme Court dissolved the opposition CNRP in November 2017, two months after the arrest of its leader Kem Sokha for his role in an alleged scheme to topple Hun Sen.