Interview: ‘North Korean Refugees in China Are Not Protected by Anyone,’ Says Refugee-Turned-Lawmaker in South 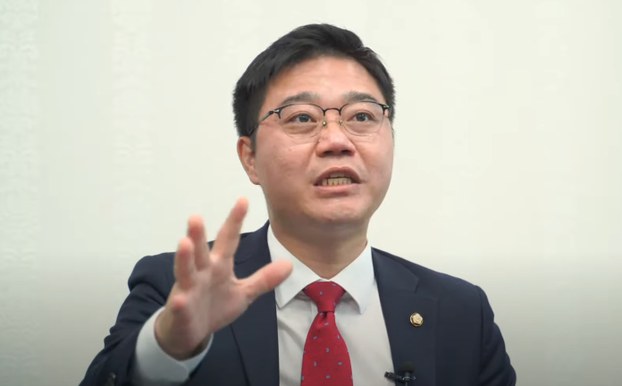 Ji Seong-ho, a North Korean refugee who became a lawmaker in South Korea, discusses the refugee situation in China in an interview with RFA in Seoul, South Korea, November 5, 2020.
RFA

Coronavirus-related travel restrictions have led to a sharp decrease in North Koreans settling in South Korea this year, and rights organizations are concerned that hundreds of thousands of refugees may be stranded in China in precarious circumstances.

RFA reported last month that only 48 North Koreans came to South Korea to resettle in the third quarter of 2020, a 79 percent decrease from the same period last year. As China’s borders with North Korea and other countries remain closed, the trickle of refugees into China has slowed. Meanwhile, those already in China are finding it more difficult to leave for third countries on their way to South Korea.

RFA’s Korean Service recently interviewed Ji in Seoul. This transcript has been edited for length and clarity.

RFA: When you were in North Korea, you were considered a kotjebi or a beggar child, but you escaped and then fled to South Korea. Now, years later, you are a representative in the National Assembly. Can you briefly talk about how you entered the halls of government?

Ji: I came to South Korea in 2006 and tried to do my best to help people in need and to advocate for the human rights of the North Korean people. After seeing these efforts, the main opposition party recruited me. That’s how I became a lawmaker and if you look at the whole story, it’s quite incredible.

RFA: As a refugee who is now in the assembly, you have been working toward improving the human rights situation in North Korea and for North Koreans who have escaped. As part of this, you recently asked South Korean Ambassador to China Jang Ha-sung to protect refugees in China. What exactly did you ask him to do?

Ji: I informed the ambassador that there are around 220 North Korean refugees detained in six areas on the border, including in Dandong, Changbai and Tumen, and because of the coronavirus, the North Korean authorities are not taking them back. According to South Korea’s North Korean Refugees Protection and Settlement Support Act South Korean ambassadors in foreign countries have a legal obligation to protect refugees in those countries.

The act stipulates that South Korean embassies must protect refugees and help them safely secure their freedom. The defectors themselves do not have to request protection; another party may ask for protection on their behalf. So according to South Korean law, the embassy in China should be cooperating with the Chinese government to protect these refugees.

I asked Ambassador Jang to work toward ensuring that the detained North Koreans are not sent back to North Korea and are instead brought to South Korea. The Unification Ministry also confirmed that a third party can request the protection of refugees. So, I officially made the request to Ambassador Jang to protect about 220 refugees in China.

RFA: Did the embassy say it would make an effort to protect them?

Ji: I received an answer that basically said that. Chinese border patrols routinely arrest refugees and detain them in these, kind of, foreigners’ prisons. These are the last gateway before they are deported back to North Korea. I made it clearly known to the embassy that these facilities exist, and there are six of them to be exact.

RFA: The number of North Korean refugees that have entered South Korea this year has nosedived compared to last year. What do you think is the reason behind this?

Ji: After Kim Jong Un came to power in 2011, the number of refugees dropped from around 3,000 per year to around 1,000. That number went down even further this year. The main reason seems to be that the border between North Korea and China has been closed due to the coronavirus and the regime has threatened to shoot those crossing the border. Some have still managed to escape regardless of the threat.

But now they are not able to get around inside China. Some missionaries, brokers and activists have set up shelters for refugees to lay low for a short while, but I hear that some of them are still being arrested by Chinese police. From what I understand, around 200 refugees have been arrested in China this year. Fleeing from North Korea has become more difficult due to these factors.

Some refugees have been able to enter South Korea through a third country, but as long as the pandemic continues, I am afraid escaping North Korea is going to remain difficult.

RFA: There are reports that refugees in China have become effectively stranded there. What do you know about their situation?

Ji: They are not able to go anywhere. The safe houses in China, called an-ga, are not like normal living spaces. In some cases, men and women have to be crammed into a small room. Sometimes they are given only one shower facility. Any food they can get must be brought to them in secret. It’s a very unstable situation and a lot of the refugees are struggling.

The issue right now though is how well the South Korean government can grasp the situation. The reality is that the government was reminded of their existence only after I raised the issue. Refugees in China do not have legal status and they are constantly in hiding, trying to avoid getting arrested. If they contract the coronavirus, they can’t go to the hospital. North Korean refugees in China are not protected by anyone. The same goes for those in the process of escaping. There are a lot of people who become forced into marriage, basically trafficked in China. A lot of them are known to have no legal status. In that case there is no way to get help if one becomes seriously ill.

RFA: The repatriation of refugees in China is also reportedly decreasing after the closure of the Sino-Korean border. What can you tell us about repatriations?

Ji: We know that North Korea is rejecting repatriations until the spread of coronavirus slows down and a vaccine is discovered, giving authorities more control over the situation. I think this actually presents an opportunity for us. The North Korean regime has not ever in the past rejected the return of refugees. So shouldn’t the South Korean government make diplomatic efforts to bring these refugees to South Korea? I think the defectors are in a state of constant fear that they could be sent back to North Korea where they will face death.

So at this opportune time, I think Ambassador Jang should visit the refugees and officials should bring them to South Korea. South Korea has to play a role so that the refugees’ final destination is a land of freedom, not a dictatorship overseeing the land of death that is North Korea. This is the most important thing we must do.

RFA: You used to work as a human rights activist, rescuing refugees in China. When you, as a lawmaker now, look at the South Korean government’s system to protect refugees, what problems do you see?

Ji: According to South Korea’s constitution, all North Koreans are citizens of South Korea. The act stipulates that South Korean ambassadors are supposed to protect North Korean refugees not only in China, but also in Russia and many other countries. The problem is that there are obstacles. The international affairs team under the Korean Peninsula Peace Regime bureau of the Ministry of Foreign Affairs does not do what they are supposed to do.

When refugees get arrested, they are supposed to ask for the team’s help, but the international affairs team’s help, but the team is not transparent and does not reveal what becomes of arrested refugees. The refuse to reveal all this relevant information, saying it is confidential. Shouldn’t we know at least how many have been arrested and what their ultimate fate was? This is a matter of life and death. Refugees repatriated to North Korea could end up in political prison camps. At the very least, the chairman and the representatives of each party in Foreign Affairs and Unification Committee in the National Assembly should know what’s going on.

RFA: What exactly can the South Korean National Assembly do to influence the Chinese government’s policy on North Korean refugees?

Ji: It might be hard within the boundaries of existing law. I think devising separate legislation that more clearly defines certain parts of the North Korean Refugees Protection and Settlement Support Act would be a step forward.

There needs to be more of these consular assistants in China to help North Korean refugees. They could provide help in areas such as medical treatment and education. They could also help refugees communicate with the embassy if they want to go to South Korea. The South Korean government should play a role, either officially or unofficially, to improve North Korean refugees’ human rights situation. I am going to be working on these matters in detail.

RFA: Cooperating with international organizations and human rights groups seems critical to your mission of improving North Korean human rights. Do you have any plans for such cooperation?

Ji: When the South Korean Ministry of Unification tried to carry out an inspection on [South Korea-based] North Korean human rights and refugee groups, Tomas Ojea Quintana, the UN special rapporteur on North Korea's human rights situation, said their investigations amounted to human rights oppression and called for them to stop.

South Korean media later reported that the special rapporteur was able to “better understand” the government’s decision after they briefed him on the matter. But after he and I exchanged a few emails, I got to know his exact feelings.

I also think we have more room to grow if we cooperate with the U.S. State Department, the United Nations and other countries. I set up an international affairs team in my office so that we can better cooperate with international activists. I am also holding video conferences regarding the matter. Furthermore, I am trying to get in touch with foreign ambassadors in Korea.

I believe that the People Power Party appointed me to lead the committee on North Korean human rights, refugee and abductee issues to do such things. I expect that working with the international community on these issues will make up a good portion of my work as a lawmaker from now on.c