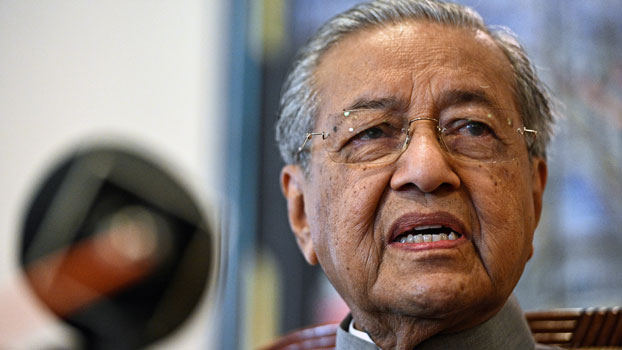 The Myanmar government on Friday denounced Malaysian Prime Minister Mahathir Mohamad over comments he made suggesting the creation of a separate state for the country’s persecuted Rohingya Muslims, calling it a violation of ASEAN’s non-interference principles.

In an interview with Turkey’s Anadolu Agency on July 26, Mahathir said Myanmar’s Rohingya had faced a genocide during a brutal military-led crackdown in Rakhine state in 2017, and that those who fled their homeland should be granted the right to citizenship or given a self-governing territory.

Thousands of Rohingya were killed during the scorched-earth campaign, while more than 740,000 others fled to safety across the border to Bangladesh, where they now live in crowded, unsafe camps.

Mahathir’s suggestion did not help the situation, said Myanmar government spokesman Zaw Htay during a news conference held by the president’s office in the capital Naypyidaw.

“What the Malaysian prime minister had said is not in line with ASEAN’s non-interference policy nor with basic principles in the ASEAN Charter,” he said, referring to the constituent instrument of the Association of Southeast Asian Nations, a regional intergovernmental organization comprising 10 countries in Southeast Asia.

“Myanmar and ASEAN are working together on many issues in Rakhine state and what he said did not help, but instead weakened our cooperation,” Zaw Htay said.

The government spokesman also said that the comments could affect cooperation between the Myanmar and Bangladeshi governments on a refugee repatriation program they both agreed to in November 2017. The returns have yet to get underway because almost none of the Rohingya has expressed a willingness to cross back into Myanmar under current conditions.

Besides lambasting the diplomat for going against ASEAN’s cardinal principles of non-interference in the internal affairs of the organization's member states and respect for the sovereignty and territorial integrity of those nations, Myint Thu informed Zahairi that Myanmar categorically rejected Mahathir's allegations of genocide, Myanmar News Agency reported.

The exchange came just days after Myint Thu led a high-level Myanmar delegation that included representatives from ASEAN on an official visit to Bangladesh’s Cox’s Bazar region to meet with refugees from various camps to brief them on preparations for repatriation and inform them that full citizenship for the stateless minority was not an option.

It was the second time that Myanmar officials have visited the camps to try to convince the apprehensive Rohingya to begin the repatriation process.

About 1.2 million Rohingya refugees live in the sprawling camps in southeastern Bangladesh, some of whom fled there from previous violence in Myanmar.

The refugees have said they will not return to Myanmar unless they are granted full citizenship and given guarantees of safety in the country, which considers them illegal immigrants from Bangladesh, denies them citizenship, and subjects them to systematic discrimination. 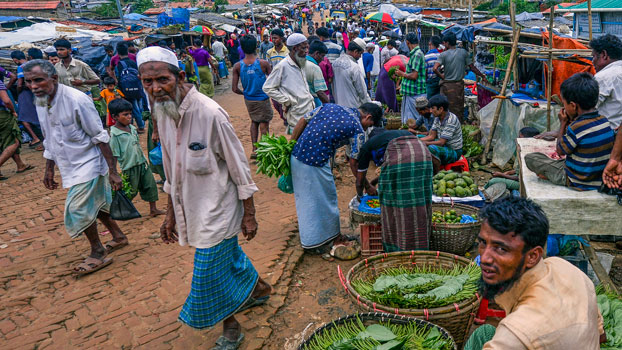 Despite the heavy criticism by Nypyidaw, other Malaysian officials voiced support for Mahathir’s proposal.

Ahmad Fahmi Mohd Shamsudin, deputy president of the Muslim Youth Movement of Malaysia, a local NGO, said it would be possible to create a separate territory and grant citizenship to the Rohingya refugees.

“It can be done by putting pressure on and louder action by the international community, especially the ASEAN countries and communities, so this issue can be solved completely,” he said in a statement to the Malay daily Sinar Harian.

The “human tragedy” that occurred in Rakhine state can only be resolved if the Myanmar government acknowledges the rights to citizenship for the Rohingya, Ahmad Fahmi said.

Syed Hamid Albar, former Malaysian foreign minister and former special envoy from the Organization of Islamic Cooperation (OIC) to Myanmar, also weighed in on the issue.

“We welcomed the statement by Dr. Mahathir that urges that the 1.2 million Rohingya refugee be given full citizenship in Myanmar, or be given their own territory to form a state,” he tweeted this week.

“The call made by an ASEAN leader has to be fully supported to solve the ongoing crisis with humanity and justice,” he wrote.

Syed Hamid went on to point out that Myanmar originally comprised many separate states, and that British colonial rule had forced various ethnic groups, including the Rohingya, to become one nation.

“And now they should be treated as citizens or [have territory returned to them] to allow them to form a state,” he tweeted.

“Our prime minister has made it clear that Bangladesh does not support harming Myanmar’s sovereignty. This is our official position,” Bangladesh's Information Minister Hasan Mahmud told BenarNews, an RFA-affiliated online news service, on Friday.

A foreign ministry who spoke on condition of anonymity because he had not been authorized to speak publicly on the issue said the country does not support giving the Rohingya a separate state.

“Rohingya are people from Myanmar,” he said. “What Bangladesh only wants is the safe, voluntary, and sustainable return of all Rohingya who entered Bangladesh.”

“It is Myanmar’s internal issue whether it will grant citizenship to the Rohingya,” the official added.

Why doesn't Malaysia Government give citizenship to illegal immigrants and give own independent state in Malaysia? Bengali so called Rohingya peoples are illegal migrants from Bangladesh. They are not Burmese ethnic minority and they are Bangladeshi Bengali Muslim regardless of what the current Bangladeshi Immigration Law said.

Each sovereign state generally has the right to freely determine who it will recognize as its nationals and citizen.No other State nor organization have a right or power to force Myanmar to accept and recognize Rohingya as its citizen.

Hi this is good news I was saying this for long time they do need there own state because Myanmar don't know how to run their own country as seen by having the military attack them when They had lot of businesses wanting to open the country to growth .What you are seeing is their objection to this idea because they know that the Rohingya would make their state grow and Myanmar can't afford to be ridicule by there action in growth. it is the same as here in Australia about the Aborigines you can see that here in Australia they so obsess in destroying Australia and as for US Australia is made as submissive country.I truly love to see this happen as it will show the both countries that Australian Military help in this would show the world the hatred in what these countries do