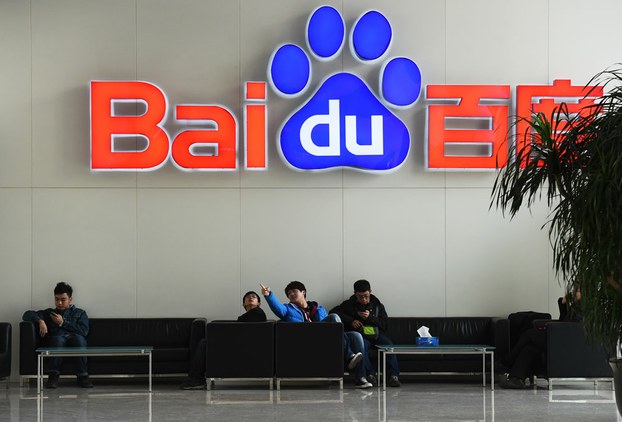 People sitting below the logo of Chinese search giant Baidu at the firm's headquarters in Beijing, in file photo.

As China ordered its top search engine Baidu to change its ways following the death of a young cancer patient, analysts said the latest medical scandal is symptomatic of deeper structural problems in the regulation of healthcare in the country.Amid a public outcry over the April 12 death of Wei Zexi, 21, the country's Internet regulator launched a probe into allegations that for-profit sponsored links on the search engine had led Wei to an ineffective treatment.Wei searched Baidu for treatments for his synovial carcinoma—malignant tumors that grow in soft tissues, usually around joints—and found one offered by an outsourced oncology department in the Beijing No. 2 People's Armed Police Hospital.He later complained online that he had trusted the hospital because it was at the top of Baidu’s search results and not clearly marked as a paid-for link, sparking concerns that the company's current pay-for-listing policy is ethically dubious."Baidu relied excessively on profits from paid listings in search results, and did not clearly label such listings as the result of commercial promotion, compromising the objectivity and impartiality of search results," China's Cyberspace Administration said in a statement on its website on Monday."The more an advertiser pays, the higher it will appear in the search results," the statement said. "The public are likely to be misled by the search results they find on Baidu."

A team of investigators from the CAC, the State Administration of Industry and Commerce, and the National Health and Family Planning Commission was dispatched to Baidu on May 2, Xinhua news agency reported."They found Baidu's search results did influence Wei's choices of medical treatment," it said.Baidu has been ordered to label sponsored content more clearly and issue a risk reminder, while limiting paid search results to less than 30 percent of each screen, the report said.The Cyberspace Administration has also vowed to crack down on false medical advertising online.Wei's death has also raised questions about dubious practices in a nationwide chain of medical treatment services headquartered in Putian, in the southeastern province of Fujian, a former political base of President Xi Jinping.The Putian-run private biomedical center at the Beijing People's Armed Police No. 2 Hospital in Beijing reportedly told Wei's parents that its immunotherapy treatment would guarantee an 80-90 percent survival rate.It billed the treatment as the "most advanced technology in cooperation with Stanford University," official media reported.According to Jin Fusheng, a former doctor at the Shaanxi People's Hospital, said online advertisements can be misleading to cancer patients looking for hope of a cure.Jin said Wei's was a rare form of cancer for which not many treatment options are available."There aren't many effective treatments [for this cancer] anywhere in the world, and the survival rate is very low indeed," Jin said. "Instead, media like Baidu are posting false advertisements and misleading patients, in order to pursue a profit.""The general public should be educated, so that they know that some cancers are incurable, at least for the time being," he said.

Jin added that the management of healthcare systems in China is currently in a "state of chaos.""This took place in a hospital run by the People's Armed Police, under the aegis of the People's Liberation Army (PLA)," Jin said. "That means that the local government has no jurisdiction over it, and neither does the health ministry.""There are so many hierarchies within Chinese hospitals, each with its own structure and ruling body, that the whole system should be simplified, and brought under the unified control of the health ministry."Xie Jiaye, head of the New York-based Chinese Association of Science and Technology, agreed, calling for better regulation of healthcare in China."They should investigate how many hospitals are offering clinically unproven treatments and medicines out of economic interest, rather than to heal the sick and save the dying," Xie said.He said China is still reeling from a string of medical scandals and mishaps, not least the recent tainted vaccines scandal."We should look at all these problems as part of a whole, and find ways to ensure effective management of healthcare and pharmaceuticals in China, and to stop unqualified people from practising medicine," he added.A rights activist who gave only his surname Wu said he has been following the story closely, in particular the links to the Putian chain of medical businessses."How was the Putian brand able to grow in this way?" Wu said. "A big factor is that China simply lacks medical resources ... so there is huge demand that is going to be filled by somebody.""But they have relied on false advertising right from the start, on misleading people, and the government health regulatory bodies haven't been doing their jobs," he said.China's health ministry, the National Health and Family Planning Commission (NHFPC) and the Central Military Commission said on Tuesday they would investigate the scandal that the party-backed Global Times newspaper described as the "tip of the iceberg.""China's private hospital sector has been in disorder for years due to loopholes in medical policies and weak supervision," the paper quoted disease control and prevention expert Zeng Guang as saying."The decline of public hospitals has led to the booming of some unqualified private medical facilities, which excessively exploit their patients and scam their money by conducting unnecessary medical procedures," Zeng said.The newspaper cited World Health Organization (WHO) statistics showing that more than half of Chinese public hospitals' income relied on government funding before 1978, but by 1980, this number had plunged to 30 percent. In 2014, private healthcare institutions accounted for 47 percent of China's total.While local public hospitals are barred from outsourcing their departments, military hospitals aren't bound by the same rules, the paper said, citing a statement from the Beijing municipal health authority.China's military has been ordered to get out of the private sector, ending all for-profit operations in the next three years, state media reported in March.Reported by Xin Lin and Gao Shan for RFA's Mandarin Service, and by Wong Siu-san and Gok Man-fung for the Cantonese Service. Translated and written in English by Luisetta Mudie.