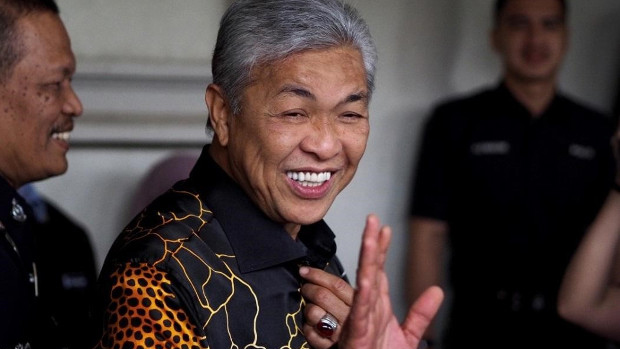 Prosecutors allege that Zahid, 66, received millions of dollars in bribes while at the deputy prime minister’s residence between late March 2017 and early March 2018. He appeared calm and nodded when the charges were read out before Judge Azura Alwi at the Kuala Lumpur Sessions Court.

The latest charges brought the total against Zahid to 54—and officials expect to file another 33 charges on Thursday related to more alleged kickbacks from Ultra Kirana.

Defense attorney Kitson Foong told the court that his client was aware of the additional charges and asked for reasonable bail as Zahid paid 2 million ringgit (U.S. $483,000) to be released on the previous charges.

The latest charges were filed under the Malaysian Anti-Corruption Commission (MACC) Act of 2009. They carry a maximum prison term of 20 years for each charge and a fine not less than five times the amount of the alleged bribes.

In the new case against him, Zahid is accused of receiving kickbacks from Ultra Kirana Sdn Bhd that totaled 4.2 million Singaporean dollars (U.S. $3.1 million) to extend its contract with the Malaysian government.

Ultra Kirana was the only company allowed to process and approve visa applications by Chinese, Indians and nationals from a few other countries through Malaysia’s Electronic Travel Registration and Information (eENTRI), according to the New Straits Times newspaper.

Zahid, who wore a gold-motif black batik shirt to court, was seen shaking hands with his former boss, ex-Prime Minister Najib Razak, before the hearing began. Afterwards, Zahid made no comments to reporters as he left the courthouse.

Najib faces his own set of criminal charges stemming from a corruption scandal linked to the alleged theft of billions of dollars from the state development fund 1Malaysia Development Berhad (1MDB), which he founded 10 years ago.

Zahid succeeded Najib as leader of the United Malays National Organization (UMNO) following the political party’s 2018 electoral defeat to a coalition led by Mahathir Mohamad. Zahid himself took a leave from the UMNO leadership role late last year after more than a dozen of its members abandoned the party.

Among those in court on Wednesday were newly appointed MACC Commissioner Latheefa Koya, MACC Deputy Chief Commissioner Azam Baki and about 20 UMNO supporters.

“This is not a common corruption case because it involves country’s leaders at the time of the case. The amount involved is also very high so this case is of public interest,” Latheefa told reporters.

Latheefa said Ultra Kirana was not off the hook.

“We will let the government take action against the company,” she said, adding that MACC had identified witnesses to make the case against the firm.

Zahid previously was charged with 47 criminal counts—12 of criminal breach of trust, eight of bribery and 27 of money laundering.

He allegedly misappropriated funds from the Akal Budi Foundation, a charity which gave money to religious schools and provided students with grants, to pay off debts that he and his wife accumulated.

It is about time all these corrupted swines are thrown into jail.