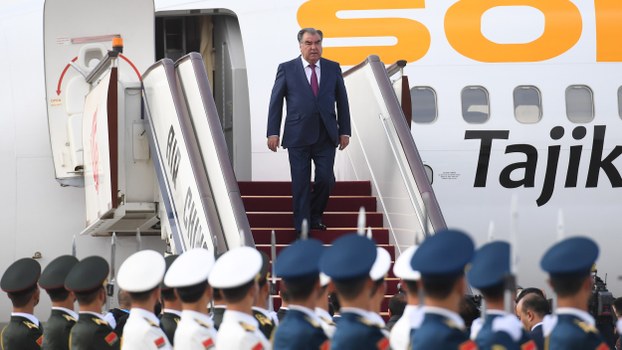 “While China’s international engagement is often less directly confrontational … it nevertheless has an insidious effect on the development and functioning of democratic institutions in the region,” Washington-based Freedom House said in its Nations in Transit 2020, an annual report on democratic governance in 29 countries spanning Central Europe, the Balkans, and Eurasia.

According to Freedom House, the ruling Chinese Communist Party’s (CCP) influence campaign is focused on the twin goals of expanding China’s influence abroad and promoting a positive image of the country globally.

In doing so, China’s diplomatic corps “tailors its approach to each individual country,” the report said, exploiting institutional weaknesses and “surreptitiously embedding itself into corrupt political and economic structures.”

“The aggregate impact of these measures is the further degradation of good governance, transparency, and the rule of law, and the creation of additional avenues for predatory, local political elites to remain in power and further bend the system to their advantage,” it said.

In particular, Freedom House highlighted China’s focus on technology and surveillance, noting that Chinese tech giant Huawei has signed a “Safe City Agreement” with governments in 10 of Nations in Transit’s 29 countries—each of which suffers from poor governance and serious corruption.

Tajikistan and Uzbekistan have rolled out around 1,000 cameras in public spaces to monitor events, while in Serbia—which uses Huawei’s facial and license-plate recognition systems—police officers have taken part in joint exercises with Chinese counterparts to learn how to “disable terrorists.”

“Even in democracies, experts point to vulnerabilities that can be exploited by the Chinese authorities, as Chinese technologies are integrated into the surveillance sector.”

Freedom House also noted that China is also expanding its influence in the region through the media, with Chinese authorities intervening to promote the CCP’s preferred narratives, suppress critical viewpoints, and manage content delivery systems.

“In Central and Eastern European countries, Chinese diplomats have been given free rein to publish misleading op-eds that push a pro-China narrative,” the report said.

Lastly, China has worked to gain influence in the region through a strategy of what Freedom House called “debt diplomacy,” or providing funds to impoverished and infrastructurally weak countries through methods that create political dependency.

“China’s advantage in the region is its ability to grant loans with few strings attached—as compared to the EU, which has more stringent guidelines for loaning and paying back financial support,” the report said.

“As a result, foreign-held debt in the region is increasingly found in the hands of the Chinese government.”

Freedom House noted that Tajikistan, Montenegro, and North Macedonia owe 41, 39, and 20 percent of their debt, respectively, to China. In April 2020, Kyrgyzstan—which owes as much as two-fifths of its foreign debt to China’s Eximbank—was forced to ask for debt relief amidst fallout from the coronavirus pandemic.

“All of these strategies weaken avenues for democratic oversight, and provide authoritarians and authoritarians-to-be with tools and incentives to overstay their time in power,” the report said of China’s tactics in the region.

“[China’s] corrosive influence can and should be countered, but financial investment and political deals only go so far. Ultimately, its sharp power will only have less potential to penetrate if democratic stakeholders focus on backstopping the region’s democratic institutions.”