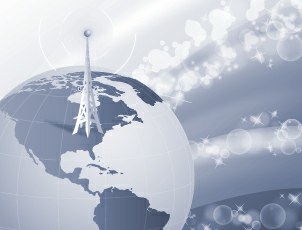 Kate Webb, who died of cancer in 2007, arrived in Saigon in 1967 without a job and with only a few hundred dollars in her pocket. She went on to cover some of the biggest stories in Asia.

By the time Matt and I reach Ben Tre city on provincial roads, it's late afternoon. We have time to visit a park honoring "heroic women of the revolution" and take pictures of local people enjoying a stroll.

I had been in and out of the Mekong Delta cities of My Tho and Ben Tre several times during the Vietnam War. But my most disturbing experiences there followed Viet Cong attacks on the two cities in the pre-dawn hours of Jan. 31, 1968.

Rule number one for foreign correspondents: If you want to know what's going on, get out of the cities.

On April 28, I meet with a man who was one of the top Viet Cong spies during the Vietnam war. had known Pham Xuan An when he worked as a Time magazine correspondent.

Before leaving for Vietnam, I had proposed an idea to a colleague. I’d never paid any formal respect to the Vietnamese soldiers who’d lost their lives, either on the U.S.-backed South Vietnamese side or on the Communist side.

As Matt and I start talking with people around the city, my rudimentary knowledge of the Vietnamese language begins to revive. A small phrase book helps me out.

"My son Matt and I decide it's pointless to continue to trudge on foot under a blazing sun if we want to get a feel for the sprawling city. We opt for taxis and, on one or two occasions, the backseats of motorbikes..."

"First the heat hits you - nearly 98 degrees Fahrenheit at midday. The airport concrete blasts back at you like a furnace. After more than two decades' absence, I'd forgotten how hot it can get in Saigon. Then the traffic assails you. Hundreds of Vietnamese on motorbikes moving in seemingly chaotic and opposing streams..."