‘I Lived My Life as I’d Said I Would, I Have no Regrets’: Former Xinjiang Independence Activist 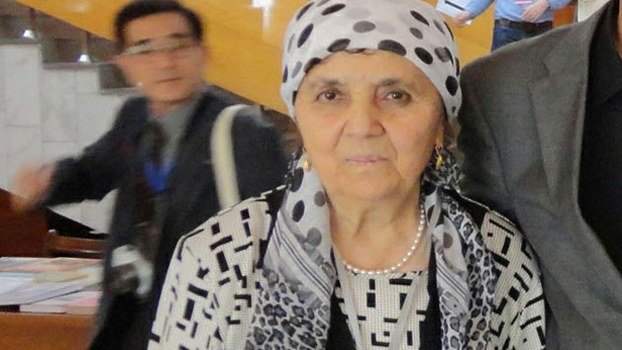 Söyüngül Chanisheff, an ethnic Tatar who grew up in northwest China’s Xinjiang Uyghur Autonomous Region (XUAR), has been overcome by memories of her early life ever since early 2017, when authorities in the region launched a campaign of extralegal incarceration that has since seen up to 1.8 million Uyghurs and other Muslim minorities held in a vast network of internment camps. While it was all of Chinese society that had been plunged into chaos in the years in her memories, however, Turkic-language speaking and Muslim peoples are now the object of state repression.

During the political instability of the 1966-76 Cultural Revolution, Chanisheff, then a new college student, participated in the founding of the East Turkestan People’s Party—a group of Uyghur elites who sought to establish an independent Uyghur state in the Xinjiang region. After authorities discovered the existence of the group, she and its other members were sent to prison.

Chanisheff was forced to spend years in a dark cell and under heavy surveillance. In prison interrogations, the police threatened and attempted to force her to give up on what they called the “daydream of independence” and to “repent from the party,” but she never turned back on her dreams. Some six decades later, Chanisheff, now 79 and living in Australia, has documented her experiences in her memoir ‘The Land Drenched in Tears,’ which was recently translated into English. The book includes shocking descriptions of the hunger, nonstop beatings, psychological stress, and death she witnessed while incarcerated. She recently spoke with RFA’s Uyghur Service about how the faith which had been inculcated in her as part of her family life from an early age was a great spiritual support and nourishment during those dark days.

After my arrest, I made it a goal to write this book because independence was what I longed for in this life. I dreamt of freedom. So, I wrote this book as another message for freedom, for independence, because I wanted to work hard to tell the world. Even while in prison, I thought and thought about it, and I went about putting the book together in my head. Ultimately, in 1968 I was able to write a few things down. I couldn’t have done it in prison. If they’d seen me writing, they would have beaten and killed me. It was very difficult coming abroad ... My family went through so many difficult things. I had to work and didn’t have time to write, so later, after 2000, I started. I wrote. I wrote about things that had happened in my life, and I wrote them as they happened, you could say.

[Chinese authorities] started doing [imprisoning people in the region] in the 1960s. Young people don’t know about this. To put it shortly, they don’t know Xinjiang history, the youths, so they cannot understand this. There is no record of, no accounting for, the people the Chinese have murdered since they came to the region. They called anyone with even a small parcel of land an “exploiter” … They gave the death penalty to many people; I can’t even remember them all. They were always talking about “study,” taking people in, executing people. They did so many things. And how very docile were our people at the time. They didn’t understand. We were unable to mobilize any of them.

In one of our books from the fourth grade, the first part of it was a story and the second part was a short history of Xinjiang. In the fourth grade they taught us history like the one my father spoke about. We had been independent. After reading this, I realized the necessity of independence. Why were we just standing around? Later, I told the other kids at school about this. They were scared at first. We didn’t have any weapons. We had nothing. We wanted to tell the youths about this, to tell the people about it, to wake the people up, and that’s why we formed our group.

There were people who were so ignorant, you see. They’d followed sheep around in the mountains, they’d never studied, they didn’t even know the 50 kilometers between Urumqi and Nanshan. The Chinese took advantage of them because they were so ignorant … I wasn’t like that. I thought to myself, if I were to have gone there and felt lonely, and sat around afraid, saying “woe is me,” the organization we built would have had no meaning. It would have been disrespectful of our organization. Our intentions would have turned out to be wrong. And so there, in the prison, I didn’t ever think that I’d done anything wrong. My father asked me through tears how I could stand it in the prison. I told him it was nothing for me. I was young. That’s how I felt. Even when I was beaten, I didn’t say anything. They [were surprised] that I didn’t even say a single world when they hit me, I just took it. That’s how I was. We didn’t have permission to talk. What I felt inside was respect for our ideals, our organization, our goals. I didn’t want to disrespect those things.

Anyone who goes against Allah will not survive. He brought us to this world. We have Allah, who created us. Allah gives us all the things that we ask of him. We don’t even have to ask him, but if we ask, he gives. When I was going through such a difficult time, I was always asking Allah, my creator, for help. Whenever I wondered how I was going to get through something, Allah would show me the way.

I don’t feel sorry for myself. I’m alive. We only have one life in this world; we won’t come to this world a second time. Everyone leaves. They come, and then they leave. But I think to myself that I have lived with intent and purpose. For that reason, I’m happy. I can put it that way. I can’t live like an animal, merely eating and drinking to survive, and then I was able to start a new part of life … My youth passed me by. Still, despite all this, I lived my life as I’d said I would, keeping my eye on resistance one step at a time. I have no regrets.

Reported by Qurban Niyaz. Translated by the Uyghur Service.