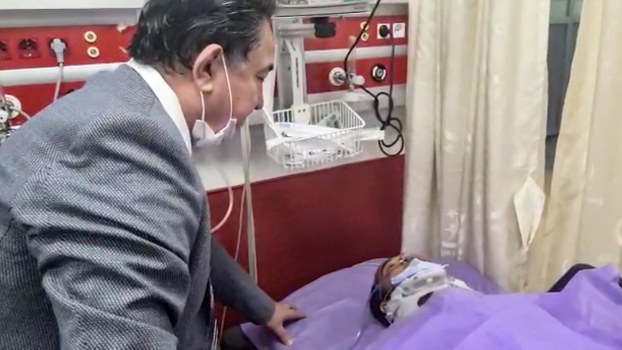 Yusufjan Amet speaks with RFA from his hospital bed in Istanbul, Nov. 3, 2020.

A Uyghur who claims he was forced to spy on members of his ethnic group living in exile in Turkey for the China’s government has been shot by an unknown assailant he believes is a Chinese agent, he told RFA’s Uyghur Service Tuesday, from the hospital bed where he is recovering in stable condition.

Yusufjan Amet was attacked by an unknown man as he was entering a friend’s home in Istanbul around 11:00 p.m. on Monday, leaving him with bullet wounds to the shoulder and back.

Amet, who in February last year told RFA that he had been forced to spy on the Uyghur exile community in Turkey and other nations since 2012 by Chinese authorities after they detained and tortured his mother back home in the Xinjiang Uyghur Autonomous Region (XUAR), said he believed Monday’s attack was an assassination attempt ordered by Beijing.

“I have no Uyghur enemies—I was the target of an attempt on my life by China,” he told RFA.

Amet said he had noticed the man acting strangely, staring at him and his friend while pacing back and forth, and that he had seemed “familiar,” although Amet had “never met him or seen him before.”

“I sensed something was very fishy and told my friend, ‘something will happen to us today,’” he said.

To protect his friend’s wife and children, Amet said he instructed him to stay home with them while he went to the store to get a few things.

“When I was returned from the store, I saw [the attacker] standing in an alley that you can use to descend to the road that is close to my friend’s doorway,” he said.

Amet said he approached the man and greeted him, asking if he had any problem he could assist him with because he had been staring earlier.

“He said he has been waiting for his brother who hadn’t shown up for the past two hours,” Amet said.

“I was surprised, no one needs to wait for two hours since everybody has a cellphone these days. I asked him where he was from. He said without thinking that he was Azeri. My suspicion increased because … very few Azeris live in that neighborhood.”

Amet said he entered his friend’s home and reiterated his concerns about the suspicious man.

After 90 minutes, the doorbell rang and Amet’s friend’s wife opened the building door remotely. The man came to the third floor, where Amet’s friend’s apartment was located.

“I was surprised, and he said ‘earlier, someone had offered me help, so I came,’” Amet said.

“As I walked to the door, he went downstairs. I suspect he went ahead to get prepared. I pushed open the entrance door and saw he was holding a handgun at the ready. He shot at me, but somehow the first bullet misfired and went astray, otherwise it would have hit my head. Instead, it hit my shoulder.”

Amet said he was spun by the force of the bullet and covered his head, thinking the would-be assassin would aim there next. However, the man fired twice at Amet’s shoulder, knocking him to the ground.

“My friend ran down worrying something might have happened to me and chased after the man, but came back because I was on the ground,” he said.

“He could not hold back his tears saying, ‘My dear friend, what happened to you? You should not have gone out.’”

Amet said he had followed the man because he did not want him to get into the apartment. He said he was unsure of whether he might have had a knife, but never suspected he would have a gun.

He said the shots had been fired at point-blank range, and that “if I had taken one more step, I could have captured him.”

Amet also confirmed that his assailant was the same Azeri man he had spoken to outside of the apartment building earlier. 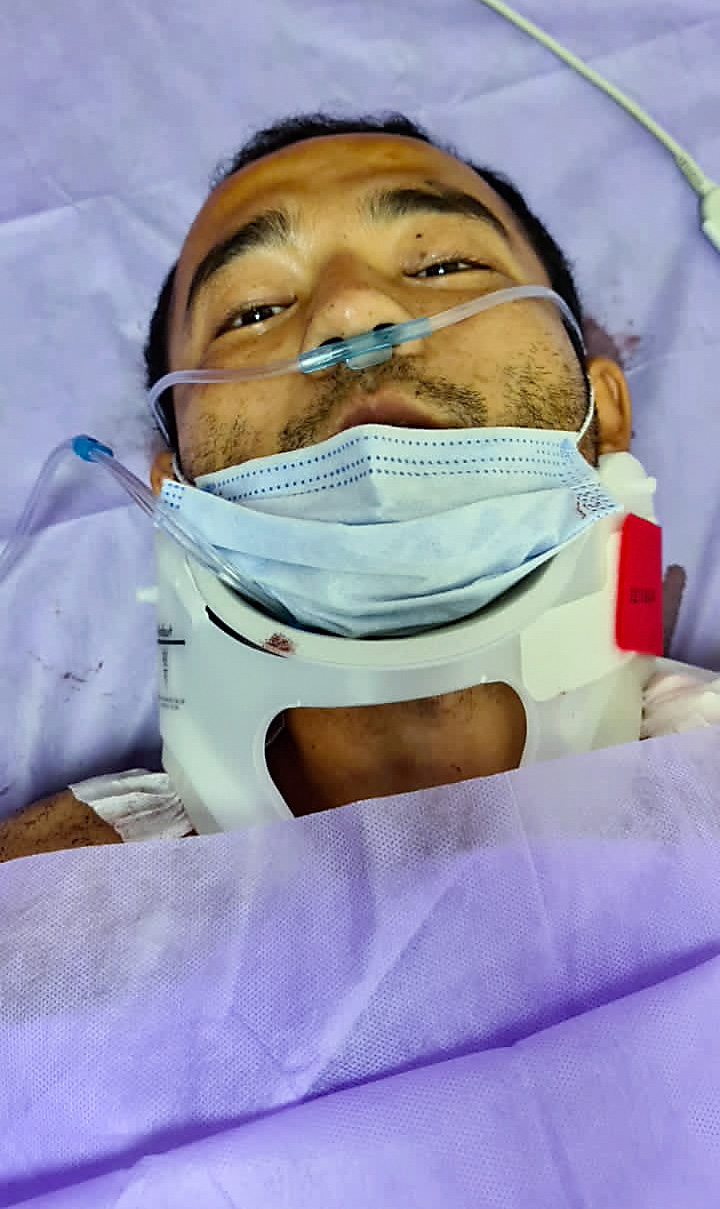 Amet told Aljazeera last year that his role as a Chinese spy was “to feed information to officials” about the Uyghur exile community, including what they ate and drank, and even what they did in private in their homes. The information was then passed on to Chinese authorities, he said.

The self-proclaimed agent, who said he was also sent by his handler to check on members of his ethnic group in Afghanistan and Pakistan, claimed that Beijing maintains “countless” informants around the world as part of its growing global surveillance system.

He also suggested that China is growing bolder in its overseas operations, with agents abducting Uyghurs abroad who, when they are returned to China, are routinely placed in the XUAR’s vast network of internment camps, where authorities in the region are believed to have held up to 1.8 million Uyghurs and other Muslim minorities since early 2017.

Amet told Aljazeera that he himself had spent 18 months in a detention center after being arrested for attempting to fly to the Middle East to join Muslim fighters. He said he was recruited while serving his sentence and assigned a janitorial job at the facility, where he saw brutal torture during interrogations.

After speaking to the media about his role as a spy, Amet, who is from the XUAR’s prefectural-level city of Karamay (in Chinese, Kelemayi), moved to the Turkish coal-mining town of Zonguldak, which he said he had done because few Uyghurs live there, making it harder for Chinese authorities to force him to monitor the community.

Two years ago, he applied for political asylum at the United Nations office in Turkey and has since been waiting for a third country to accept him.

Yusufjan Amet speaks with RFA from his hospital bed in Istanbul, Nov. 3, 2020. RFA

Last year, he said he knew he might face retribution for speaking out about the persecution that Uyghurs face at home, but that he had nothing left to lose, as most of his family members had been sent to detention, in part due to his own activities on behalf of his Chinese handlers.

He told RFA on Tuesday that he had experienced many threats while working at a gas station in Zonguldak, including from people who would approach him behind his back when he finished his shift at 12:00 a.m., saying that they “know everything about me and what activities I’m engaged in,” but he would never confront them.

“They were Uyghurs and Chinese as well,” he said.”

“They were Chinese people working and going to school in Zonguldak. I never turned around and talked to them because I worried that some kind of danger might come to me.”

Amet said that in some cases, those who threatened him said he had “broke his commitment” and betrayed the Chinese authorities.

But he said there was no chance that a Uyghur might have tried to hold him to account for his spying activities in the attack on Monday.

“This is definitely not a threat that came from Uyghurs, because I am Uyghur and they are Uyghurs, and when the time comes, we will go to our homeland hand in hand,” he said.

“This came from the Chinese, who can easily use their agents in Turkey.”

A representative of the Turkish police told RFA that Amet’s case is “an ongoing investigation and we cannot give you any information.”

Doctors on staff at Amet’s hospital declined to comment on his injuries Tuesday.