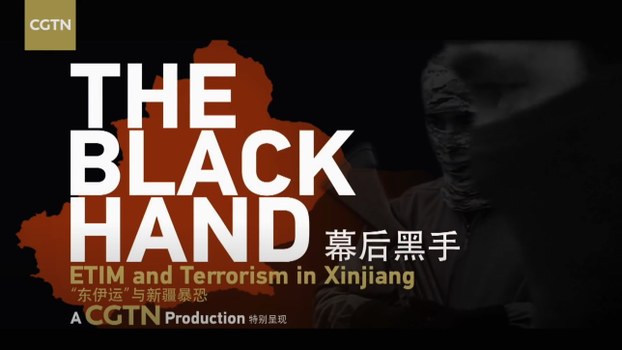 The U.S. government has removed the East Turkestan Islamic Movement (ETIM) from its list of terrorist organizations after nearly two decades, weakening China’s anti-terror pretext for a draconian crackdown on Uyghurs in its Xinjiang Uyghur Autonomous Region (XUAR).

In an order issued on Oct. 20 and made public Thursday, U.S. Secretary of State Mike Pompeo announced that the group had been removed from the Terrorist Exclusion List in accordance with the Immigration and Nationality Act (INA).

“I hereby revoke the designation of the Eastern Turkistan Islamic Movement, also known as ETIM, as a ‘terrorist organization,’” the order reads.

East Turkestan is the name preferred by Uyghurs to refer to their traditional homeland in the XUAR.

In an emailed statement, a State Department official told RFA's Uyghur Service the group was removed from the list because, "for more than a decade, there has been no credible evidence that ETIM continues to exist."

China regularly refers to Uyghur activists in exile as members of ETIM as part of a bid to discredit their claims of ongoing rights abuses in the region, where authorities are believed to have held up to 1.8 million Uyghurs and other Muslim minorities in a vast network of internment camps since early 2017.

The Chinese Communist Party also uses the group to prop up its narrative that Uyghurs in the XUAR lead happy lives under Beijing’s rule, while ETIM promotes separatism and remotely commands attacks within China from abroad.

The ETIM decision follows a series of measures undertaken by the Trump administration to hold China accountable for its violations in the XUAR. At the end of July, the U.S. leveled sanctions against the quasi-military Xinjiang Production and Construction Corp (XPCC) and two of its current and former officials over rights violations in the region, as well as several top Chinese officials, including regional party secretary Chen Quanguo—marking the first time Washington targeted a member of China’s powerful Politburo.

Nury Turkel, a commissioner on the U.S. Commission on International Religious Freedom (USCIRF), an independent U.S. federal government body, called the revocation “long overdue,” as the ETIM designation was “a strategic blunder” by the State Department.

“It is fair to say that China would not have been able to use the ‘counter-terrorism’ narrative—even to this day—to justify its genocidal policies against the Uyghurs and other Turkic peoples if it was not for international communities’ mistake to allow Beijing to label ETIM and other Uyghur organizations as terrorist groups,” he told RFA.

“We urge the U.N. and other nations to follow the U.S. lead and reject Beijing’s counter-terrorism claims to justify the atrocities committed against the Uyghur people.”

On Friday, Chinese Foreign Ministry spokesman Wang Wenbin slammed the decision as part of what he said is a double-standard by the Trump administration on terrorism.

"Terrorism is terrorism. The United States should immediately correct its mistakes, refrain from whitewashing terrorist organizations, and stop reversing the course of international counter-terrorism cooperation," Wang told a regular press briefing in Beijing.

Following the attacks on the World Trade Center in New York in September 2001, the U.S. captured nearly two dozen Uyghurs in Afghanistan, sent them to its military prison in Guantanamo Bay, Cuba, and accused them of ties to al Qaeda and the Taliban Muslim insurgency groups as part of ETIM.

On Sept. 3, 2002, the U.S. placed ETIM on the Treasury Department’s list of terrorist organizations, but by the end of the year determined that the Guantanamo detainees were not security risks and eventually allowed all of them to be resettled to third countries, where they were not at risk of persecution by the Chinese government.

In 2009, a federal judge ruled that the U.S. government had failed to present sufficient evidence that ETIM was linked to either Al Qaeda or the Taliban, and while the group remained on the Treasury Department’s terror list, there is little to suggest that it had made significant inroads in China, nor that what limited amount of Uyghur radicalization exists in the country presented a significant security risk.

While the State Department’s decision removes ETIM from the U.S. government’s Terrorist Exclusion List, the group continues to be designated a terrorist group by the United Nations and several other nations. Observers have suggested that the group remains designated as the result of pressure from Beijing.

“China took full advantage of the U.S. designation of ETIM in 2002 and launched a wholesale attack on the entire Uyghur population, conflating their legitimate and peaceful demands as terrorism,” he said.

“Currently China justifies its mass detention of 1 to 3 million Uyghurs in concentration camps as a counter-terror measure. Today’s revocation removes any Chinese justification that it is fighting terrorism in East Turkestan. Today’s revocation also proves that the Uyghur cause is peaceful and has nothing to do with terrorism as the Chinese government claims.”

Sean Roberts, director of George Washington University’s International Development Studies Program, told RFA he was “surprised” by the decision because he said he is unsure of what the move accomplishes at this point.

“Most of the damage was done by previously categorizing this group as a terrorist group back in 2002,” he said.

But he acknowledged that it is important for the U.S. government to “correct past wrongs.”

“As far as I’m concerned, there was no group ever called the Eastern Turkistan Islamic Movement and the people who were associated with that label have long stopped existing as any kind of group whatsoever.”

Roberts said the revocation will raise questions about whether Beijing’s policy of mass incarceration in the XUAR has any justification as part of a counter-terrorism strategy.

“In many ways, it serves as a demonstration that, as far as the U.S. is concerned, they don’t believe that’s a legitimate argument,” he said.

“Now whether that will have any salience in China is probably not likely because I don’t think the policies that the Chinese government is undertaking are really about counter-terrorism anyway. I think they’re about wanting to basically settle and develop the Uyghur region as they see fit and do so in a manner where Uyghurs are unable to object to that.”

‘Nothing to do with terrorism’

In a July 2019 interview with RFA, Ambassador Nathan Sales, the agency’s Coordinator for Counter-terrorism, dismissed China’s claims that its camp network is part of a vocational training program that is saving those influenced by religious extremism.

He asserted that the mass incarceration of Uyghurs and other Muslim minorities in the XUAR “has nothing to do with terrorism,” and instead is part of a war Beijing is waging on religion.

Asked about the ETIM designation, Sales declined to comment at the time.

“What I can tell you is that today the United States is deeply concerned about the misuse of counter-terrorism by the Communist Party of China to initiate and sustain a years-long campaign against the Uyghurs and other ethnic minorities,” he said.

Reported and translated by Alim Seytoff and Mamatjan Juma for RFA’s Uyghur Service. Written in English by Joshua Lipes.