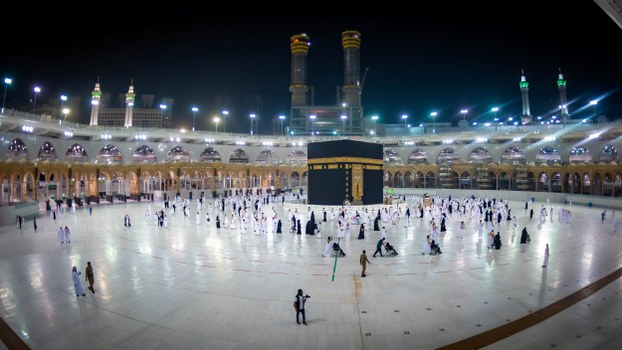 A Uyghur businessman who is a legal resident of Turkey and recently became stranded in Saudi Arabia because of coronavirus travel restrictions is being hunted by Saudi authorities for deportation to China, where he faces persecution, he told RFA’s Uyghur Service.

Hamidulla Wali once ran Hadiya Clothing, a company based in the capital of northwest China’s Xinjiang Uyghur Autonomous Region (XUAR) that sells clothes embroidered with Uyghur designs. The businessman left China for Turkey in 2016 and has since been living there on a residence permit.

In February, Wali traveled to Saudi Arabia to perform the umrah hajj, a form of the holy Muslim pilgrimage to Mecca that can be taken at any point during the year, but has been unable to return to Turkey after travel routes were shut down due to the coronavirus pandemic.

Wali claims that a source in Saudi Arabia informed him that Chinese authorities made an official request to the Saudi government to arrest and deport him to China. Wali, who declined to provide the name of the source, citing fear of reprisal, said he was also advised to go into hiding.

“[The Saudi police] first came looking for me on July 6,” he said. “It’s been four months now, and I’m [still] unable to leave.”

“A few days before the police came looking for me, a local man came and told me ... that my situation was ‘problematic.’ He said that China had made a request for me and that [the Saudis] were planning to hand me over. He said they had an agreement and that people were going to come looking for me within the next few days, that my situation was dangerous, and I had to find a way to get out of it.”

Wali said the man requested that “no one should know we had spoken.” He said he was skeptical of what he had been told, wondering how the man could have access to such information.

“Then, two or three days later, the police called looking for me and I haven’t returned home since,” he said.

“They’ve come looking for me several times. The first time, they were local Saudi police. After that, there was a Chinese man who came [to the house I stayed at on July 24]. I didn’t see him [because I was out], but according to my neighbors, a man from the Chinese embassy was [with them].”

RFA was unable to independently verify Wali’s claims. An official at the Saudi mission to the United Nations in New York told RFA a press officer would respond with information about Wali’s case, but had yet to do so at the time of publication.

According to Wali, police believed he had been staying at a hotel in Riyadh and went to look for him there as recently as last month.

“From the 12th to the 17th [of October], the Saudi police came to the Hotan Hotel looking for me every day but Friday,” he said.

“[Someone] said that four people were waiting there in a car from morning ‘til night each day … Apparently, they brought a photo of me in and asked, ‘Is this man here?’”

At the time, he said, he was staying with a man from the XUAR’s Hotan (in Chinese, Hetian) city, but is now “in hiding.” 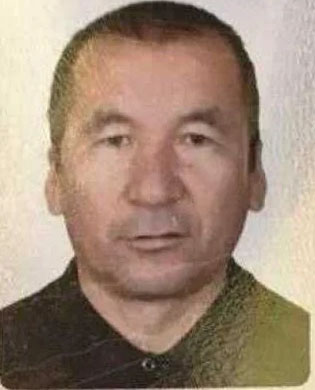 Wali said he is in possession of a Chinese passport. He said he went to the Turkish embassy to ask if authorities there could help him return to Turkey as the holder of a long-term residency permit, but was rebuffed.

Wali said he also met with officials at the United Nations refugee agency in September, but that “they didn’t take it seriously” and never followed up with him, despite promising to do so. His attempts to enter the U.S. embassy to speak with officials there were blocked by Saudi police, he said, although he claims the U.S. State Department is aware of his case.

Wali, who was detained by Chinese security authorities in 2014, believes that if he is deported to China he is likely to be forcibly disappeared and face imprisonment of detention in one of the vast network of internment camps authorities in the XUAR are believed to have held up to 1.8 million Uyghurs and other Muslim minorities since early 2017.

The businessman was taken into custody following a June 2013 incident in Lukchun (Lukqun) township, in Turpan (Tulufan) prefecture's Pichan (Shanshan) county, in which deadly clashes left at least 46 dead after protesters attacked area police stations, based on accounts by local officials and residents.

The son of a female employee of Hadiya Clothing had participated in the incident, which ultimately led the authorities to suspect Wali himself of having been part of the events that unfolded. He was eventually declared innocent and released after several months in jail, but not before authorities shut down his Urumqi-based company and moved his household registration from the city back to his home area of Turpan’s Toksun (Tuokexun) county.

Beijing describes the three-year-old network of camps as voluntary “vocational centers” that provides an deterrent to “religious extremism,” but reporting by RFA and other media outlets shows that detainees are mostly held against their will in cramped and unsanitary conditions, where they are forced to endure inhumane treatment and political indoctrination. 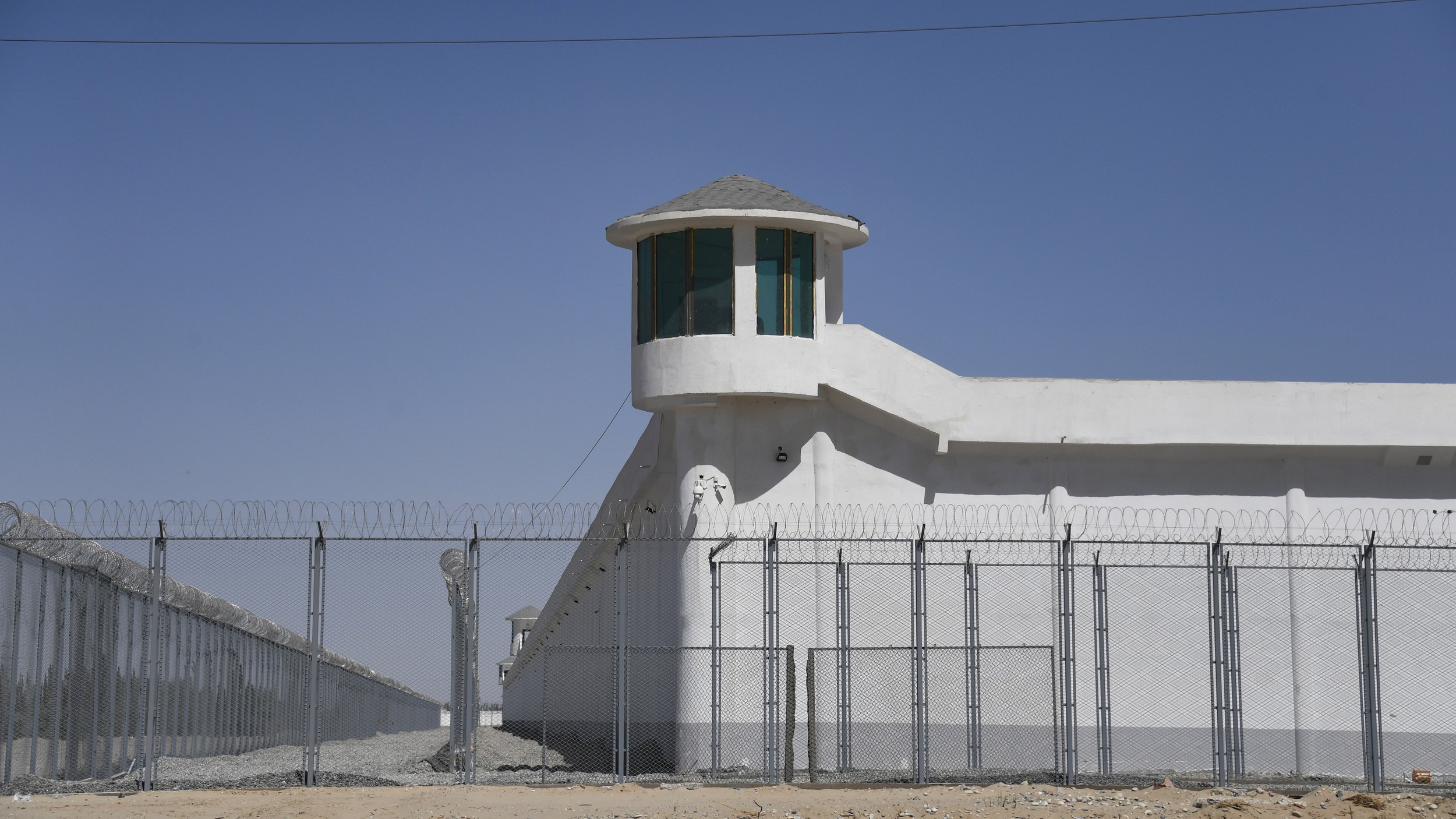 A watchtower overlooks a high-security facility on the outskirts of Hotan, in northwestern China's Xinjiang Uyghur Autonomous Region, May 31, 2019. AFP

If Wali is deported, it would not mark the first time the Chinese and Saudi governments have cooperated to detain and forcibly repatriate Uyghurs from the Middle Eastern nation. The Saudi government is one of several from Muslim-majority countries throughout the region that have publicly defended China’s repression of the Uyghurs on the grounds that China is legitimately dealing with a “Uyghur terrorism” problem.

In the past several years alone, Saudi has sent at least four Uyghurs back to China—all four of whom had gone to the country either for work or to make a pilgrimage to Mecca for the umrah hajj.

Human rights organizations have roundly criticized Saudi Arabia for such actions, which severely limit the rights of Uyghurs to free movement and, more specifically, their rights to freely practice religion by making the pilgrimage.

In July, the U.S. Treasury Department sanctioned the Xinjiang Production and Construction Corp (XPCC)—a key paramilitary group in the XUAR—and two of its current and former officials, with Pompeo saying China’s rights violations in the region “rank as the stain of the century.”

The move, which marked the first time Washington had sanctioned a member of China’s powerful Politburo.