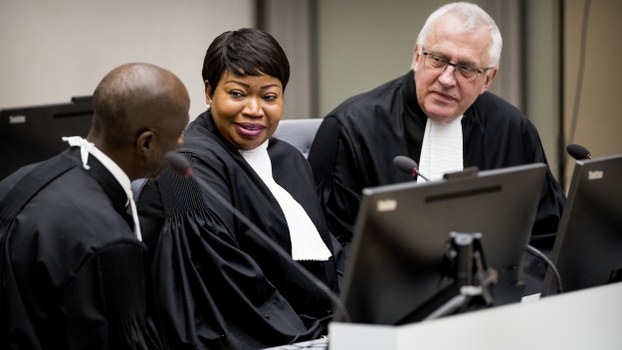 An international coalition of elected lawmakers have called on the International Criminal Court (ICC) to launch an investigation into whether rights abuses in China’s Xinjiang Uyghur Autonomous Region (XUAR) amount to genocide and other crimes against humanity, based on a complaint submitted four months ago.

On July 6, two Uyghur exile groups filed a dossier of evidence to the ICC in The Hague, accusing top Chinese officials—including President Xi Jinping—of the violations in the region, where authorities are believed to have held up to 1.8 million Uyghurs and other Muslim minorities in a vast network of internment camps since early 2017.

In a letter dated Oct. 30 and made public on Monday, the Inter-Parliamentary Alliance on China (IPAC) requested that ICC Prosecutor Fatou Bensouda, of The Gambia, uphold the decision that crimes committed in ICC member states come within the jurisdiction of the court and to begin a probe.

“As Parliamentarians of ICC Member States, we ask that you urgently use your full powers under the Rome statute to launch an investigation gathering all relevant evidence to determine whether there can be prosecutions of Chinese officials for these alleged crimes,” the letter said.

Rodney Dixon, the British lawyer who leads the legal team representing the two Uyghur groups, has said that the filing focuses on illegal actions that China has conducted in Cambodia and in Tajikistan—both of which are member states of the ICC. The Chinese government has allegedly dispatched agents to remove and repatriate Uyghurs from the two countries through forced deportations and extra-territorial arrests.

The ICC, which also hears cases of war crimes, can exercise jurisdiction over crimes referred to it by a state party or by the United Nations Security Council, or can begin a preliminary examination propio motu (“on one’s own initiative”) into alleged crimes—such as in the case of the July filing. ICC Prosecutor Fatou Bensouda, of The Gambia, must receive approval from judges to open a formal investigation after completing her preliminary examination of the evidence.

In its letter—signed by MPs from Australia, Belgium, Canada, Czechia, Denmark, France, Germany, Italy, Lithuania, Netherlands, New Zealand, Sweden, Switzerland, and the U.K.—IPAC cited suspected abuses in the XUAR including the campaign of mass incarceration, forced mass sterilizations of Uyghur women, and other repressive measures targeting Uyghur culture and religion.

“The ICC has a unique ability to adjudicate on alleged genocide and crimes against humanity internationally,” the letter said.

“We call on the ICC to play its part in ensuring that the perpetrators of the most egregious human rights abuses are held accountable and prevented from acting with impunity.”

The July complaint to the court was filed days after German researcher Adrian Zenz published a report documenting a dramatic increase in recent years in the number of forced sterilizations and abortions targeting Uyghurs in the XUAR. The report concludes that such measures may amount to a government-led campaign of genocide under United Nations definitions.

The move, which marked the first time Washington had sanctioned a member of China’s powerful Politburo, followed Trump’s enactment of the Uyghur Human Rights Policy Act of 2020 (UHRPA), which passed nearly unanimously through both houses of Congress at the end of May. The legislation highlights arbitrary incarceration, forced labor, and other abuses in the XUAR and provides for sanctions against the Chinese officials who enforce them.

If the ICC decides to move ahead with an investigation, it would mark the first time the court would serve as a venue for a case seeking to hold China accountable for its rights abuses in the XUAR.