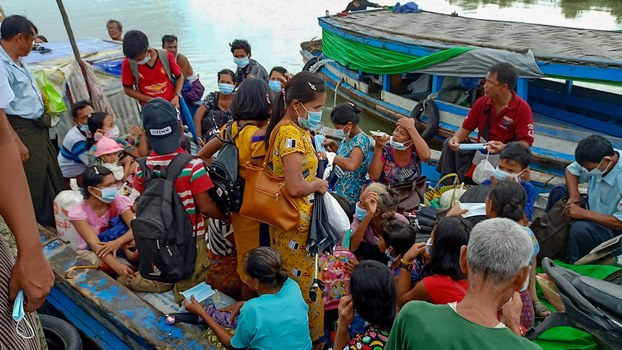 Ten Rakhine civilians were released Thursday after being detained and interrogated overnight by Myanmar troops, with several villagers saying they were kicked and beaten by soldiers in what a local lawmaker called a common occurrence in the war-torn state.

The detainees, who ranged from 16 to 40 years old and included a school teacher, were from two villages in Rakhine’s Kyauktaw township, one of the main theaters in the 21-month-long conflict between the Myanmar military and the Arakan Army (AA). They were detained by a column of Light Infantry Battalion No.376, villagers said.

“Yesterday morning, the government troops entered Thayetpin village and questioned 19 villagers. Nine were released in evening and other 10 were taken along with the troops,” said a villager who spoke on condition of anonymity for safety reasons.

He said that many villagers from Thayetpin, home of nine of the 10 detained villagers, fled as soon as government troops entered the villages in fear of beatings during questioning about the AA, a rebel group that champions ethnic Rakhine autonomy in Myanmar’s western-most state.

“There were some physical assaults like punching and kicking but no bloody incidents during interrogation,” said one of the villagers who were released by the troops Thursday but was afraid to give his name. “But we do not want to tell everything for fear of repercussion.”

The father of the detained teacher said, “My son was faultless, and he did not do anything. I was worried the troops would beat or kill him.”

RFA’s Myanmar Service tried to reach military spokesman Major GeneralGen Zaw Min Tun for comment on the villagers’ claims, but he did not answer telephone calls.

In previous cases in which abuses against civilians have been alleged, Zaw Min Tun has said the army arrests and questions those suspected of having ties to the Arakan Army — a policy he said was based on security reasons and did not target ethnic Rakhines. 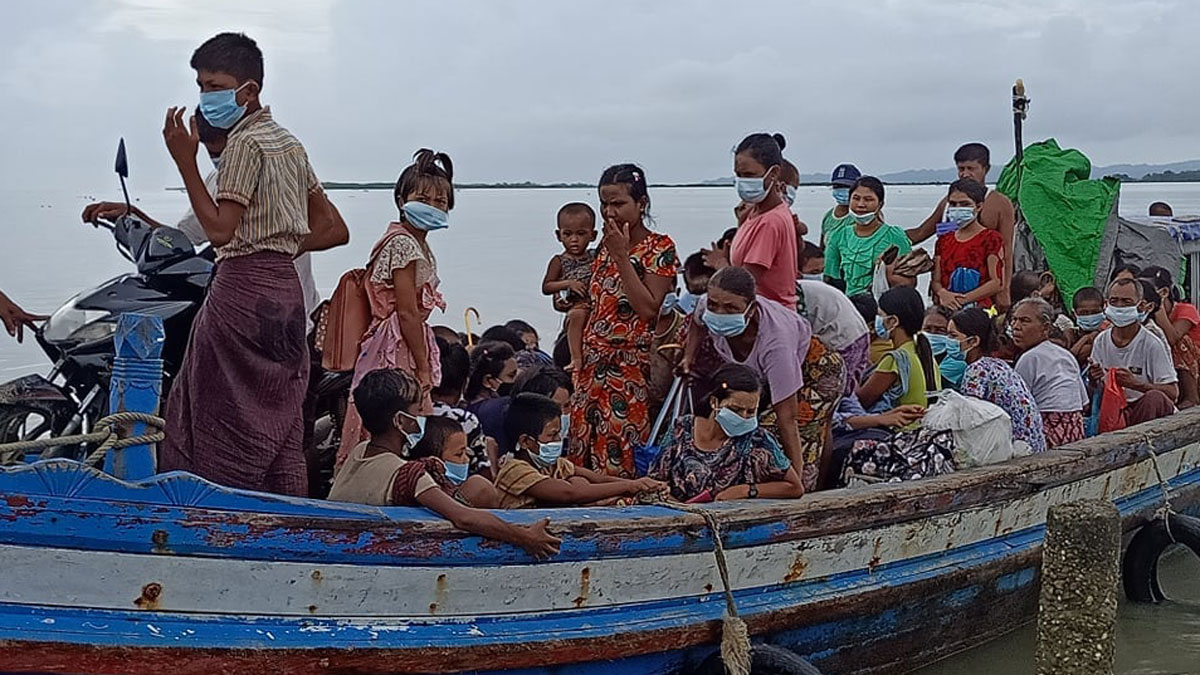 But Tun Tun Win, a lower house MP for Kyaukphyu constituency in Rakhine said that mistreatment of civilians was common in northern Rakhine state, where RFA has recorded 30 civilian deaths in army detention and interrogation from the beginning of 2019 to Aug. 8.

“In Rakhine state, many villagers were arrested and tortured during interrogation. We filed complaints, but relevant government departments ignored them,” he told RFA.

“Villagers came to me and filed complaints. We investigated them and found out they were only civilians and have no relation to any troops or organizations,” added Tun Tun Win.

According to a local activist group, Rakhine Human Rights Protection and Promotion, more than 200 villagers in the northern part of the state have been arrested by the army.

The overnight incident in Kyauktaw came 10 days after the U.N. human rights chief told the Human Rights Council in Geneva that the Myanmar military’s brutal tactics in Rakhine state, including “widespread arbitrary arrests and detention of civilians,” were producing possible war crimes.

“Use of torture and other cruel, inhumane or degrading treatment or punishment against detainees has also been alleged,” said a report submitted by Michelle Bachelet, the U.N. high commissioner for human rights, using the Burmese name for the military.

Following Bachelet’s statement, Kyaw Moe Tun, Myanmar’s permanent representative to the U.N., said in prerecorded remarks that “terrorist attacks” in Rakhine were to blame for the humanitarian crisis there.

The AA has been engaged in hostilities with Myanmar forces since late 2018 as the rebels fight for greater autonomy for ethnic Rakhine people in what they consider to be its historic homeland on the Bay of Bengal coast. The war has killed nearly 300 civilians and injured more than 640 while displacing more than 220,000 civilians.