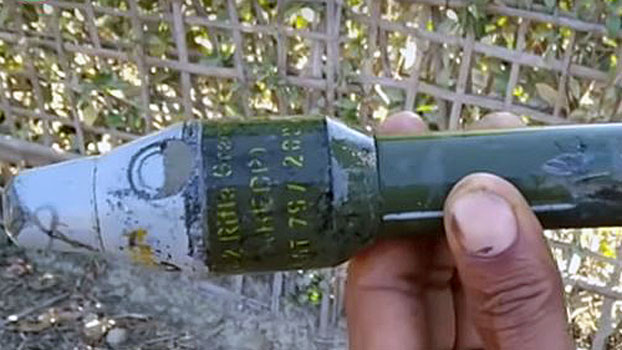 At least seven civilians, including four Rohingya Muslims, have died and 30 residents have been injured in the past 11 days in Myanmar’s northern Rakhine state, a local aid worker said Wednesday, as the number of noncombatant deaths grows amid fighting between government forces and the rebel Arakan Army.

“In just seven days, a Rakhine woman from Myauktaung village and three people from a Muslim village were injured, and a Muslim woman died,” he told RFA’s Myanmar Service.

“In another village, one of the five injured children died when a mortar shell fell near them,” he said. “Yesterday, four more people were injured when another mortar shell dropped on Myauktaung village.”

The civilian death toll in northern Rakhine reached more than 100, while the number of injured was over 250 as of December 2018 when hostilities between the two armies escalated, according to the Rakhine Ethnics Congress, a local relief group.

The growing numbers come despite claims by both the Myanmar military and Arakan Army (AA) that their soldiers have been ordered to abide by the rules to avoid injuring villagers.

Hla Phyu Sein, the mother of one of the recent casualties, said that Myanmar military Battalion No. 376 prevented a vehicle from transporting injured civilians to a hospital in Kyauktaw.

“They blocked the road and ordered us to turn back,” she said. “We were not allowed to pass through their checkpoint.”

The driver then had to spend more than two hours obtaining a pass for three military checkpoints along the way to the hospital before the group could proceed, Hla Phyu Sein said.

“They arrived at the hospital at about 10 p.m. though they left the village at 7 p.m., she said.

In Kyauktaw and Rathedaung townships, one person died and 11 were injured on Monday, villagers told RFA, adding that they had difficulty transporting the villagers to a hospital because of a dusk-to-dawn curfew in the region.

During another incident, four teenage students were injured by a mortar shell explosion while they were playing soccer in Kyauktaw’s Myauktaung village.

“That’s why civilians are getting injured,” he said. “I’d like to ask them to respect the lives of civilians.”

'Strategy to move out villagers'

AA spokesman Khine Thukha said indiscriminate firing by Myanmar forces was to blame for the civilian deaths and injuries.

“The number of injured villagers is increasing because of threats posed by the army,” he said. “This is because they are shooting blind.”

In Rathedaung township, Myanmar soldiers on boats patrolling along the Mayu River have been shooting at the banks and villages, while troops from artillery camps in the area have been firing shots at random, he said.

“This is a kind of strategy to move out the villagers,” he added.

The government military has said that AA soldiers are embedding themselves in ethnic Rakhine villages, and has used this as justification for shooting into and overrunning communities.

“First, I can say they were not dropping mortars over the villages because fighting is in the jungles and far away from villages,” he told RFA.

“Second, AA members forced the villagers to supply them with food and water, so the villagers got injured because they were in the battlefield,” he said.