Lao Politburo Forces Officials to Give Up Their Luxury Cars 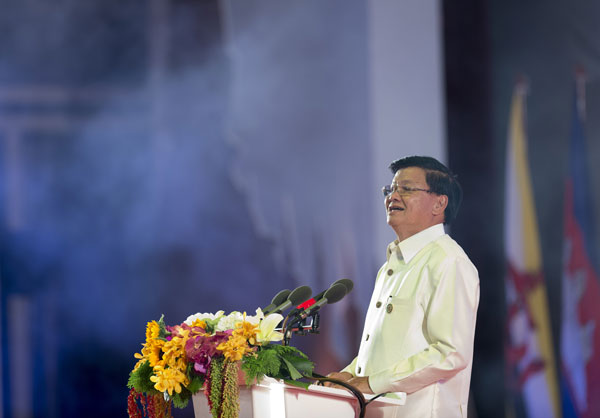 Top Lao officials will have to give up the keys to their government-purchased BMW and Mercedes Benz automobiles as the politburo has decided that they can drive cheaper Toyotas instead.

The move comes as Lao Prime Minister Thongloun Sisoulith attempts to rein in corruption in the impoverished nation where high-raking officials have used the perquisites of office to motor around the country for free in 7-series BMWs and S-class Mercedes.

“[We] agree to return the luxury cars the state and lay them for a bid auction, the costs of which can cover three ordinary cars for officials of three positions,” Thongloun announced on Dec. 20.

Thongloun said the government will auction off the luxury vehicles and employees eligible to drive government vehicles will have to drive Toyota Camrys.

The Lao government fleet currently contains 30 Mercedes Benz automobiles, of which five are S-class or E-class automobiles, and eleven 7-series BMWs, according to an article in the Vientiane Times.

Although big sedans make up the bulk of the luxury-car fleet, officials can also be spotted driving Toyota Land Cruisers, Prados and Fortuners and various makes of pickup truck.

In Laos, where the minimum wage is about $110 per month, luxury cars are a big status symbol. A luxury car with the blue government plate makes an even bigger statement.

“In Laos, state officials who drive the state-owned cars are considered as powerful persons, and their image is supposed to be accepted and upgraded in the eye of society,” a government official told RFA’s Lao Service.

Thongloun said the decision was not intended as a punishment, but is an effort to make the government operate more efficiently.

“To do this does not irritate or discourage officials in working or doing duties,” he said. “On one hand, officials in some sectors have many cars, but on the other hand officials with the same positions in other sectors do not have any cars.”

‘There are many loopholes for corruption’

The move could have a ripple effect as the Toyotas are cheaper to maintain and operate, but it’s unclear if Thongloun and the politburo will prevent government officials from other auto-related abuses.

Officials with the cars are often able to avoid paying for fuel and maintenance and they often keep the cars when they retire.

“The cost of gas and maintenance is not fixed in each governmental organization, and there are many loopholes for corruption,” a retired soldier who spoke on condition of anonymity told RFA.

“In addition, when those officials retired they do not return the cars to the state, but they take them,” the soldier said. “When the new officials come they must buy new ones.”

An official who worked on the government automobile policy told RFA that the amendment to Prime Ministerial Decree No. 81 that governs the use of state vehicles for leadership services seeks to cut spending on vehicle purchases and related costs such as petrol.

While government officials will have to give up the cache that comes with driving a BMW or a Mercedes, in Laos the Camry is still considered a really nice car.

In the U.S., the top-of-the line Toyota Camry XLE that comes with the standard leather interior and the optional 3.0 liter engine and minimal accessories lists for around $32,000.

Reported and translated by Ounkeo Souksavanh. Written in English by Brooks Boliek.