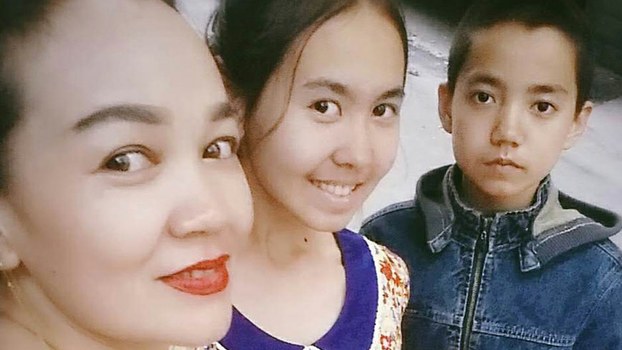 Huriyet Abdulla and two of her children after arriving in Beijing, May 26, 2019.

The wife and children of a Uyghur man living in Belgium are “safe at home” in northwest China’s Xinjiang Uyghur Autonomous Region (XUAR) after being abducted from the Belgian Embassy in Beijing by Chinese authorities and held incommunicado for more than two weeks, the man said Wednesday.

Huriyet Abdulla, 43, had travelled to Beijing from the XUAR with her four children in late May seeking visas from the Belgian Embassy that would allow them to join her 51-year-old husband Ablimit Tursun in Brussels, where he was granted refugee status in late 2017 after his brother was sent to an internment camp, Tursun told RFA’s Uyghur Service.

On May 28, when staffers at the embassy informed her that the documents would take longer than expected to issue, she replied that she was too afraid to return to her hotel room in the city after police had visited them twice already to determine the purpose of their visit, and refused to leave the building, Tursun said.

Shortly after midnight on May 29, Chinese authorities entered the grounds of the embassy, forcibly removed Abdulla and her children to their hotel, where they spent the following night, and on May 31 confiscated their phones and drove them nearly 30 hours home to the XUAR capital Urumqi.

On Tuesday, after 18 days without contact, Tursun briefly spoke with his wife, who told him that authorities had returned her phone and that she and the children were “safe at home” in Urumqi, although it was unclear what kind of situation they were in and whether police were in their house when the call was made.

Earlier, Tursun told RFA that he had spent months since he was granted asylum in Belgium applying to the country’s immigration and foreign affairs departments to have his family join him, but could do little because Chinese authorities refused to issue them passports.

During that time, he said, he received multiple calls from security agents in China threatening his family’s safety as part of a bid to force him to return.

When human rights organizations intervened on his behalf, Belgium’s Federal Public Service Foreign Affairs informed Tursun that they could issue his family members visas along with a substitute travel document known as a laissez-passer, and they provided the Belgian Embassy in Beijing with the necessary paperwork in mid-August 2018.

“They called my wife around May 15, saying to come to the embassy, as there was a deadline for the visa application,” Tursun said.

“This made my wife very nervous and she didn’t know what to do, but I told her to go.”

Abdulla took their four children, ages five to 17, to Beijing on May 26, he said, adding that as soon as they arrived at their hotel, police were waiting for them to question them about their reason for traveling to Beijing, their expected return date, and photograph their identification cards.

On May 27, she certified documents at the Ministry of Foreign Affairs and underwent a physical exam at a hospital appointed by the Belgian Embassy, before returning to the hotel where the police again visited her that evening.

The following day, she returned to the Belgian Embassy with her documents, but was told by a Han Chinese staffer that she needed to “return home and wait for at least three months.”

“My wife was not happy and demanded to see the staffer’s manager, but the person in charge said there was nothing that could be done and that she would have to leave the embassy,” Tursun said.

“The security guards forced them out of the building. At that point, my wife asked for protection, but they said, ‘You must leave—this isn’t a hotel,’ and threatened to call the police.”

Tursun, who was in contact with his family members while the incident occurred, said he contacted Belgium’s Federal Public Service Foreign Affairs, but was told to speak with a lawyer.

“In the meantime, the embassy called the police, who entered the grounds and forcibly removed my wife and children.”

Tursun said he continued to stay in contact with his family while they stayed at their hotel until May 31, when “police forced their way into her hotel room and took away her phone.”

“After I lost contact with my family, I immediately contacted the Belgian Embassy and the Federal Public Service Foreign Affairs,” he said. 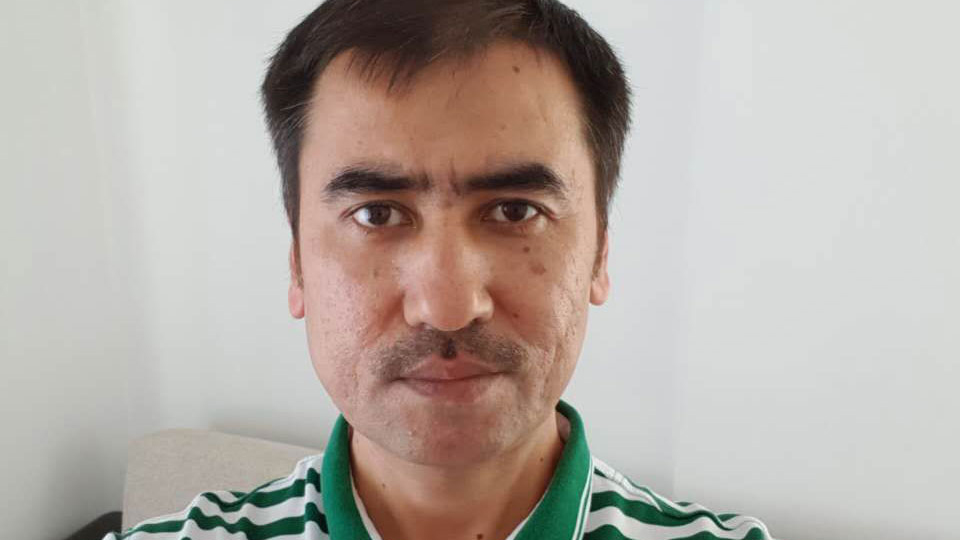 After speaking with various police stations in Beijing, Tursun learned that officers from the Nan Guan district police station in Urumqi had travelled to Beijing and driven his wife and children back home.

He said that he spoke with an officer in charge of the case from the Nan Guan station named Abliz, who told him that he would need to travel to the station and submit a blood sample before they would help him locate his family.

Tursun said that both Belgium’s Federal Public Service Foreign Affairs in Brussels and the Belgian Embassy in Beijing had been “passive” in response to his inquiries about his family members.

“It doesn’t appear as if they will take on the case—it’s as if they are trying to escape from their responsibilities,” he said.

“I am very disappointed, but I don’t have any power to change anything. My biggest wish is to be reunited with my family.”

Staffers at the Belgian Embassy in Beijing referred calls from RFA about the incident to the Federal Public Service Foreign Affairs Press Department. Belgian officials have refused to disclose who was responsible for allowing Chinese authorities onto the grounds of the embassy.

Officers from various police stations in Urumqi declined to speak with reporters when contacted by RFA, and Ministry of Foreign Affairs spokesman Lu Kang told a regularly scheduled briefing in Beijing on Tuesday that he had no knowledge of the case.

According to a report by the New York Times, Belgium said earlier this week that its ambassador in Beijing would try to secure passports for Abdulla and the children.

The Times also quoted rights lawyers as saying that the Belgian Embassy had failed to adequately assess the situation of Abdulla and her family, adding that international law obliges governments not to send people to countries where they are at substantial risk of persecution and torture.

Since April 2017, authorities in the XUAR have up to 1.5 million Uyghurs and other Muslim ethnic minorities accused of harboring “strong religious views” and “politically incorrect” ideas in a vast network of internment camps.

Though Beijing initially denied the existence of internment camps, China has tried to change the discussion, describing the facilities as “boarding schools” that provide vocational training for Uyghurs, discourage radicalization and help protect the country from terrorism.