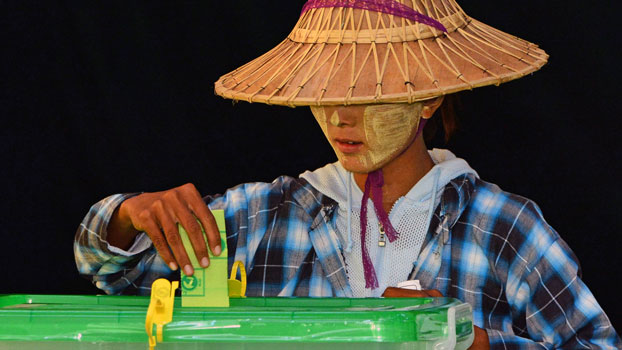 A woman casts her vote in a polling station in Myanmar's capital Naypyidaw, Nov. 8, 2015.
Associated Press

Myanmar’s political parties have put forward more female and young candidates for this year’s general elections than in past polls, ramping up efforts to draw more ballots from the country’s large proportion of women voters, analysts and party officials said Thursday.

When Aung San Suu Kyi and her National League for Democracy (NDL) swept the previous elections in 2015, only 13 percent of NLD candidates were women. The now 75-year-old Nobel laureate won a parliamentary seat and was named state counselor, becoming Myanmar’s first female leader.

This time around, women and people under 40 comprise 20-30 percent of the candidates that will run in November for the ruling NLD, the opposition Union Solidarity and Development Party (USDP), and other political parties — a 10 percent increase over the number that ran five years ago.

“We have seen many political parties favoring the inclusion of women and young people,” said Mya Nandar Thin, an election consultant from the election monitoring group New Myanmar Foundation.

“The main incentive for this is that they want to get women’s votes,” she told RFA. “It is the same with young people’s votes.”

Myanmar has 96 registered political parties whose candidates will compete for 1,171 seats available in both houses of the national parliament and in state and regional legislatures.

Women make up as much as 30-40 percent of the candidates nominated by some newly established and ethnic political parties.

Women comprise about 52 percent of Myanmar’s estimated population of 54.4 million people. Of the more than 37 million citizens eligible to vote for the next government in the Nov. 8 elections, over 17 million are male, while more than 19 million are female, according to the Union Election Commission (UEC).

Of the current 1,150 members of parliament, 44 women account for 10 percent of Myanmar’s lower house, 23 women comprise 10 percent of the country’s upper house, and 84 women make up nine percent of seats in state and regional legislatures.

In the Inter-Parliamentary Union’s global rankings of female representation in legislatures, Myanmar ranks 157th, tied with Congo, but ahead of influential neighbor Thailand and aid donor Japan.

Candidate registrations must be submitted to the UEC, which vets parliamentary contenders and political parties and oversees the country’s elections, between July 20 and Aug. 7. 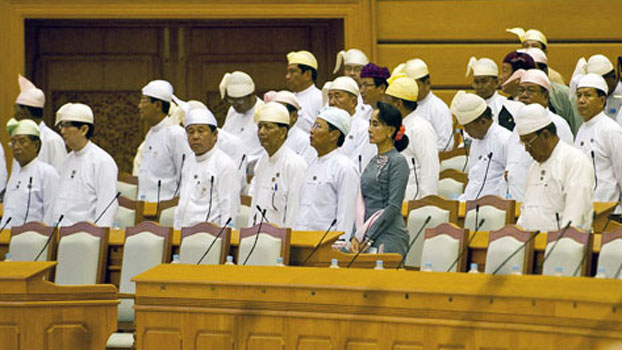 Though the NLD is largely fielding the party’s sitting lawmakers and current chief ministers to run in November, it has selected several female contenders based on their qualifications, said Monywa Aung Shin, a senior NLD party member and editor of its magazine D. Wave Journal.

“We have picked capable women candidates,” he said. “Female lawmakers work hard in parliament and submit the most questions.”

The NLD has said it will contest 1,132 seats in the November vote — 319 in the lower house of parliament, 162 in the upper house, 622 seats in regional and state parliaments, and 29 ethnic affairs minister positions.

About 80 percent of those on the NLD’s candidate list are sitting lawmakers who won parliamentary seats in the 2015 elections.

Both Aung San Suu Kyi and President Win Myint will run to keep their seats in November.

The NLD also says it will give priority to ethnic candidates in ethnic minority areas of the multiethnic union.

The NLD had not selected Win Mya Mya, current vice chairperson of the party's Mandalay regional office, to run in the 2015 elections, prompting critics in the Buddhist-majority nation shaken by interfaith strife since 2012 to say that she was passed over because of her religion.

In an interview with the online journal The Irrawaddy last week, Win Mya Mya said religion did not play into the NLD’s decision to support her and Sithu Maung as candidates in this year’s election.

“Our leaders chose us because they believe we will be able to work for the country, as we have dedicated ourselves and are loyal to our party,” she was quoted as saying.

“Our leaders choose candidates based not on religion or race. They choose the person who will work for the country as a whole,” she said. 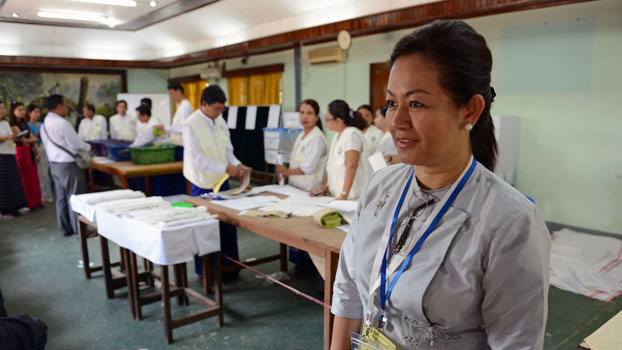 The army-affiliated USDP believes that female and young political candidates will bring new ways of thinking about the issues the country is tackling, said Thein Tun Oo, a party spokesman and central committee member.

“We are now favoring women and young people as candidates because we think it will benefit the country the most when we combine new and fresh ideas of young people with experiences of the older generation,” he told RFA.

“Women can talk more openly with female MPs,” he said. “Female candidates are more adept at handling women-related issues, so we can assign them to those. Their enthusiasm and motivation are also factors in considering women candidates.”

Women now comprise about 15 percent of the candidates put forward by the USDP, while young people account for 14 percent, Thein Tun Oo said.

Ko Ko Gyi, chairman of the People’s Party, said he is encouraging the relatively new political party set up by the 88 Generation student leaders from 1980s pro-democracy protests to select up to 30 percent of women as candidates, although the party has not yet issued its list of contenders.

“In a country with prevalent [armed] conflicts, I hope these women’s maternal instincts will be helpful in mitigating these conflicts, in addition to their expertise and skills,” he told RFA.

Thet Thet Khaing, chairwoman of People’s Pioneer Party (PPP), led by former NLD lawmakers, said the inclusion of women and young people in leadership roles is part of her party’s policy, too.

Women comprise 45 percent of the PPP’s candidates, while people under the age of 35 make up 35 percent, she said. 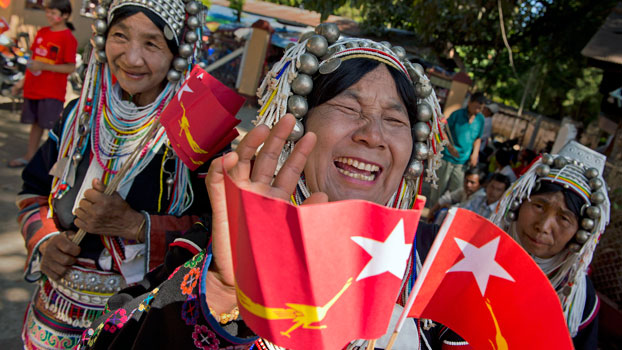 Ethnic parties, including Mon and Shan parties, have also increased the number of women and young people they are fielding as candidates in the upcoming elections.

The Mon Unity Party (MUP) has put forward 62 candidates for parliamentary seats mainly in southeastern Myanmar, 26 percent of whom are women and 40 percent are young people up to 40 years of age, said MUP joint secretary Nai Layi Tama on Wednesday.

The UEC has permitted the MUP to run in any constituency in the country for the 2020 elections.

The Shan Nationalities League for Democracy (SNLD), which campaigns for the interests of ethnic Shan people, has set a 30 percent quota for women and another 30 percent for young people who are 35 years of age and under during the candidate selection period, said Sai Leik, SNLD general secretary and spokesman, on Wednesday.

“Our party leaders are following this rule, so our final lists for candidates will include women and young people at 30 percent each,” he told RFA.

Women and youth activists have welcomed the moves to include more women and young candidates in the next elections.

“We welcome such quotas because we have many young people in this country,” said Myanmar youth advocate and activist Thinzar Shunlei Yi. “The population of young people and women are significant part of the country, so political parties are now nominating [them] for leadership role in politics.”

“The political parties that have picked young people and women candidates are ambitious and thoughtful,” he added.

“They should pick more women for candidacy because female MPs can work more effectively when it comes to women’s and children’s issues,” she said.

“Even though our country is poor, and every sector is starting over, women’s and children’s issues should not be left out, and the leaders should pay more attention to them,” she added.