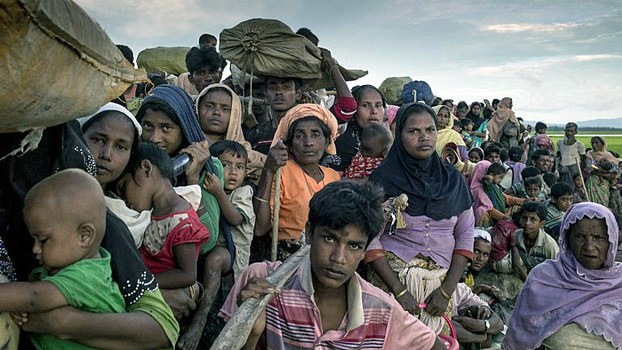 Christine Schraner Burgener, Switzerland’s former ambassador to Germany, was selected for the post in April following a visit to Myanmar by diplomats from the U.N. Security Council.

Myint Thu, permanent secretary of Myanmar’s Ministry of Foreign Affairs, said that details about the places to which Burgener will travel in Rakhine state and the amount of time for her trip are still being sorted out by Myanmar’s permanent envoys in New York and Geneva.

When asked about comments that visits by international organizations such as U.N. agencies amount to interference to Myanmar’s domestic affairs, Myint Thu said that the government’s current policy is to work with the U.N.

“There might be some comments about it from the international community and the media, but we will receive the new United Nations envoy anyway and work with her,” he told RFA’s Myanmar Service.

“We received and worked together with members of the U.N. Security Council last month as well,” he said. “This is proof of transparency that we are working with and coordinating with the U.N. I believe that it would be better for them to work with us instead of blaming us.”

The U.N., rights groups, and other members of the international community have come down hard on Myanmar for previously refusing to allow visits by a U.N.-appointed mission to probe the violence that occurred in Rakhine during a military crackdown targeting the Rohingya following deadly attacks by a Muslim militant group last August.

The campaign left thousands dead and drove nearly 700,000 Rohingya into Bangladesh, where they now live in desolate refugee camps.

After the mission was appointed, the government of State Counselor Aung San Suu Kyi said it was unnecessary since officials and the military had conducted their own probes.

But last week, her office said it had reached agreements with the United Nations Development Programme (UNDP) and the U.N. refugee agency (UNHCR) to help with the repatriation of Rohingya refugees from Bangladesh.

Myint Thu said the appointment of the new U.N. envoy is “a mechanism” that allows Myanmar to work with U.N. Secretary-General António Guterres.

“We understand that the U.N. has appointed a special envoy for Myanmar to have smoother and more convenient relations between Myanmar and U.N. headquarters,” he said. “We will work with her.”

Hau Do Suan, Myanmar’s permanent representative to the U.N., told RFA on Saturday that the government had initialed a memorandum of understanding with the two U.N. agencies because their help is needed in providing social services, education, and health care to Rohingya refugees who return.

He noted that Bangladesh, which has already signed a memorandum of understanding with the U.N. refugee agency, wanted them involved in the process to ensure the safety of the Rohingya, whom Myanmar considers illegal immigrants from Bangladesh and subjects to systematic discrimination.

“We are working with the U.N. agencies not because of international pressure, but because we want to resolve the problem,” Hau Do Suan said. “We are also working on it … so we don’t hurt our sovereignty and national interest.”

An agreement that Myanmar signed with Bangladesh last November allows Rohingya refugees to voluntarily return to Rakhine if Myanmar officials can verify that they previously lived in the region.

The Myanmar government said that in January it sent Bangladesh a list of 444 Hindus and 778 Muslims approved for repatriation, though they have yet to return.

“Because they have been approved, they can return home any time to Myanmar …,” Myint Thu said, adding that 18 of the Hindus hold national identification cards.

“Although we are ready to receive the refugees back, the other side hasn’t sent them back yet, so we are still waiting,” he said.

But on June 1, Bangladeshi officials said Myanmar’s government had shared the list of the 1,222 refugees who would be allowed to return to Rakhine even though officials in Naypyidaw were not requiring that they first be verified as eligible for repatriation.

Bangladesh said that those on the list were not among those included on another list of refugees verified for return to Myanmar.

“Myanmar always talks about verification during discussions on repatriation … but it is mysterious that they want to take these specific people back without verification,” Mohammad Abul Kalam, the commissioner for refugee relief and repatriation, told RFA-affiliated online news service BenarNews at the time.

On Monday, he said that Bangladesh must carry out the reparations according to its agreement with Myanmar, which says that those approved for return must be verified.

“We are respectful of the deals with our neighbor, Myanmar,” he told BenarNews in Bangladesh’s capital Dhaka. “But the question is whether we will send those 444 Hindus and 778 Muslims without verification.”

“This is a policy issue that needs to be taken by the government’s higher-ups,” he said. “As far as I know, the government has not made any decision to repatriate the 1,222 people without verification.”

The issue can be discussed by members of a joint working group on repatriation led by the foreign secretaries of Bangladesh and Myanmar, Kalam said. 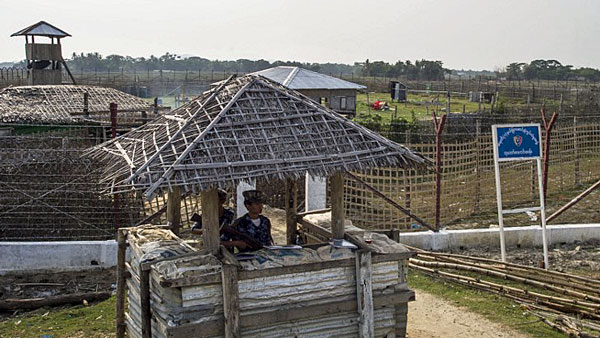 Meanwhile, national lawmaker Tun Aung Kyaw from Maungdaw township — one of three townships affected by the violence in Rakhine state — said on Monday that 10 of the dozens of refugees who returned illegally on their own to Myanmar in May have run away from the Hla Pho Khaung transit camp in Maungdaw.

“We don’t know where they now are,” he said. “I am in Naypyidaw for parliamentary sessions, and people from my constituency said seven young and middle-aged men from Maungdaw township and three men from Buthidaung township had escaped from the camp.”

“Some people said about six or seven people among the 10 are members of a terrorist organization,” he said referring to the Arakan Rohingya Salvation Army, which carried out the deadly attacks on police outposts in Rakhine last August and smaller scale attacks in October 2016.

“They might be hiding in nearby villages or going to Bangladesh again,” he said. “Since they returned to Rakhine illegally, local people have become worried about having problems again. The Myanmar government released them on humanitarian grounds, and they took advantage of it.”

Initially, authorities had arrested the Rohingya who re-entered Myanmar illegally and given some of them prison sentences, though they later received a pardon from President Win Myint and were released.

From there, they were sent to the Nga Khu Ya reception camp to be verified as eligible for repatriation and then transferred to the transit camp.

Also on Monday, Human Rights Watch (HRW) denounced as a “sham” a three-member independent inquiry panel that the Myanmar government will set up to probe human rights violations that occurred during the brutal military crackdown in Rakhine.

“Myanmar’s newly proposed independent commission of inquiry is not merely inadequate, but an attempt to delay and deflect real justice,” said Param-Preet Singh, associate director of HRW’s International Justice Program, in a statement. “The U.N. Security Council should urgently refer the situation in Myanmar to the International Criminal Court.”

“Victims of atrocities have little hope for justice without it,” she said.

“[W]e’ve been down this road before with the Aung San Suu Kyi-led government in the driver’s seat,” she said, noting that a Myanmar national commission in 2017 had rejected U.N. findings of “very likely” crimes against humanity against the Rohingya in 2016.

Singh also noted that a Myanmar army investigation into a 2016 crackdown found only two minor abuses, while a second investigation led by the same army general found “no deaths of innocent people” during the late 2017 military operation.

It was only after two Reuters journalists uncovered a massacre of 10 Rohingya men in Inn Din village in northern Rakhine that the military held any soldiers responsible for killings, with seven soldiers later sentenced to jail, she said

The two journalists are being detained while they are on trial in Myanmar for possessing state secrets after police officers gave them documents related to the crackdown in Rakhine. They were formally charged on Jan. 10 and face up to 14 years in prison if found guilty.