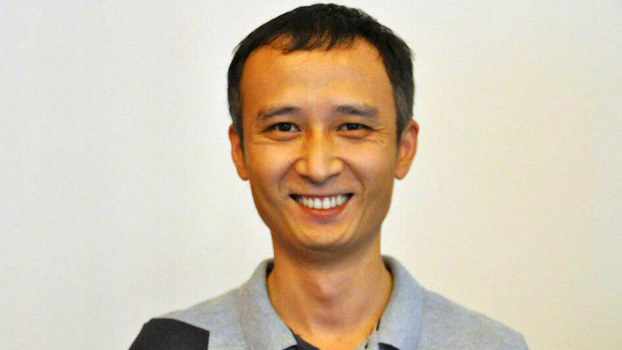 Authorities in the central Chinese province of Hunan have questioned the family members of Cheng Yuan, one of the "Changsha Three" detained non-governmental organization (NGO) workers, after his wife wrote a letter denouncing his arrest, RFA has learned.

Cheng, Liu Yongze and Xiao Wu, all of whom are members of the public interest law NGO, Changsha Funeng, are being held by state security police in Hunan's provincial capital Changsha on suspicion of "subversion of state power."

Cheng's brother Cheng Hao was summoned for questioning after his wife Shi Minglei wrote about his detention in online posts.

"He is being held under detention, criminal detention," Cheng Hao said. "He was formally criminally detained on July 22, and we haven't been allowed to visit him, nor does he have a lawyer."

"There has been no other news since then," Cheng Hao said. "All we know is that he is being held on suspicion of subversion of state power."

"According to the criminal procedure law [regarding state security charges] in this country, the suspect has to be held in isolation while they are being investigated," he said. "Nothing is allowed to influence the process of the investigation."

All three men are currently being held at the Hunan Provincial Security Agency Detention Center in Changsha, according to online posts made by Cheng Yuan's wife Shi Minglei.

According to the Weiquanwang rights website, Cheng Hao was summoned for questioning after Shi Minglei filed a complaint that he was harshly treated by police.

Shi has said that Changsha state security police forced their way into the family home on July 22, while she was put in a black hood and handcuffs and taken to the neighborhood committee office for interrogation.

She said state security police had threatened her with harm to the couple's three-year-old daughter, and the arrest of other people she knew.

Shi accused the Changsha state security police of illegal behavior and abuse of power, and has filed a formal request to the Changsha prosecutor's office and the Hunan prosecution service for a full investigation into the arrest, and for the compulsory surveillance she is under to be ended.

Changsha Funeng co-founder Yang Zhanqing said the organization's Changsha office has stopped operating, while other members of staff were also detained by police.

Changsha Funeng was set up in 2016 to safeguard the legitimate rights and interests of vulnerable groups such as people with disabilities, as well as to promote government transparency via its document review process.

Cheng Yuan, who heads the organization, is an experienced public interests and legal activist—having been involved in defending the rights of the vulnerable for over 10 years—and has represented about a dozen hepatitis B and AIDS discrimination cases.

Washington-based rights group Freedom House called on July 29 for the immediate release of the Changsha Three.

"Under Xi Jinping, the party-state has increasingly and arbitrarily used the law as a tool to close previously tolerated space for civil society in China," senior East Asia research analyst Sarah Cook said in a statement.

"Even those advocating for disability rights and vulnerable groups can be disappeared by police under suspicion of ‘subversion.’ They may face severe punishment," Cook said.

“These are just [some] of the countless cases in Xi Jinping’s ongoing campaign to imprison and silence peaceful advocates for accountability and human rights," she said.