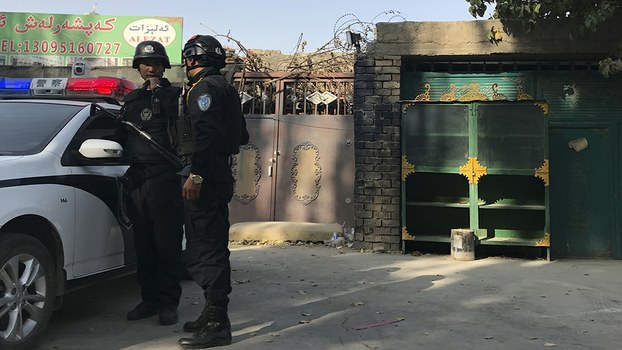 Authorities in the Xinjiang Uyghur Autonomous Region (XUAR) in northwestern China are barring recipients of state welfare payments from performing the daily prayers required of devout Muslims, adding to restrictions already in place allowing only those 65 years or older from praying, sources say.

The move further tightens controls on Islamic practice that have already seen restrictions placed on the annual Ramadan fast, religious practice by government workers, and the banning of religious instruction for Uyghur children under 18, who are also barred from entering mosques.

“We don’t even think about doing namaz now,” a longtime Communist Party member and welfare recipient in the town of Doletbagh in southeastern Kashgar (in Chinese, Kashi) prefecture told RFA’s Uyghur Service in a recent interview.

“And it’s the same for non-Party members. It’s just not possible,” RFA’s source said, speaking on condition of anonymity.

“Anyone who receives a salary from the government is simply not allowed to practice religion,” he said.

Taken to the camps

She said that those found praying in violation of the rules face penalties including possible incarceration in Xinjiang’s vast network of political re-education camps, where as many as 1.8 million Uyghurs and other Muslim minority groups accused of “religious extremism” have been held since 2017.

“We tell them that we’ll punish them, report them to the village brigade,” she said, referring to local groups of enforcers assigned to monitor other residents’ religious and political views and compliance with Chinese law.

“In meetings, we remind all welfare recipients to safeguard social stability and to get along well [with Han Chinese],” she said.

The officer said she doesn’t know how many residents of her village receive government welfare or subsidy payments, but was quickly able to recall the names of ten villagers—all married—who have been taken to the detention camps for praying while receiving government assistance.

One, a 68-year-old villager named Memetnuri Metsidiq, has already been held for around a year and half, she said, adding that around 90 percent of Uyghur villagers have now abandoned their required daily prayers out of fear of police surveillance and the loss of government funds.

Beginning in October 2018, China acknowledged the existence of the camps, but described them as voluntary “vocational centers” set up to combat radical Islamic terrorism. Reporting by RFA has found that detainees are mostly held against their will and forced to endure inhumane treatment and political indoctrination.

With international criticism mounting over the XUAR internment camps, President Xi Jinping gave a hard-line speech to the Xinjiang Central Work Forum that ended on Sept. 26 that China's strategy was “totally correct and must carry on for a long time,” according reports issued by state media.

"The whole party must treat the implementation of the Xinjiang strategy as a political task, and work hard to implement it completely and accurately to ensure that the Xinjiang work always maintains in the correct political direction," Xi said.

Nury Turkel, a commissioner on the U.S. Commission on International Religious Freedom (USCIRF) said the remarks sounded “tone deaf” outside China but showed that “China’s genocidal policies have been deliberate, systematic, and ruthless with the ultimate goal to stamp out the Uyghur culture and identity.”

The USCIRF, an independent U.S. federal government body, has urged Secretary of State Mike Pompeo to formally designate China’s atrocities in the XUAR as genocide.

“The scale and scope of the oppression on the world’s watch cry out for global condemnation and governmental actions,” said Turkel.

On Wednesday Chancellor Angela Merkel, whose country currently holds the rotating presidency of the European Union,  said she would raise "poor and cruel treatment" of minorities in any future dialogue with Beijing.

The EU, has been less vocal in its criticism of the three-year-old Uyghur camp system than the United States, which is locked in a broad political and economic confrontation with China and has imposed sanctions on top XUAR officials deemed responsible for rights abuses.

Early this month, however, French President Emmanuel Macron vowed that France will “remain fully mobilized on the situation of the Uyghurs,” after receiving a letter expressing concerns over abuses in Xinjiang from a group of around 30 French MPs, according to a French media.

“All these practices are unacceptable because they run counter to the universal principles enshrined in international human rights conventions, and we condemn them in the strongest possible terms,” Macron said.