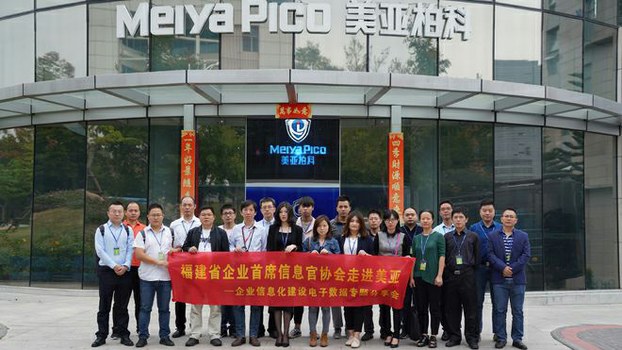 An app developed by Chinese digital forensics giant Meiya Pico is used in the mass surveillance of ethnic minorities in Xinjiang, Ningxia and Yunnan, according to an anthropologist who has spoken with a former Kazakh security officer, one among some 90,000 who now patrol the streets of Xinjiang, searching people's devices. Darren Byler, a postdoctoral researcher in anthropology at the Asian Studies Center at the University of Colorado, explained to RFA's Mandarin Service how the app is used on the ground:

Meiya Pico is a digital forensics company, which means that ... they help police, they help investigators to find data that is hidden on devices. So what they've done is they've worked with the Public Security Bureau and others to develop a system and a device that will look for data that's hidden on people's devices, that has to do with Islam or with politics, with many flagged [keywords]. So there [are] thousands and thousands of these things that they're looking for.

It can do a lot of things. You can even look for passwords and keys for things that are password protected on your own phone. Once it captures those passwords, then it can try to enter that application on your phone and it will search through your chat history to look at your images or look at videos, [capturing] all of these things. And in the context of Xinjiang, they're really looking for things to do with Islam for the most part, and also politics.

Your phone has to be turned on, I think, for it to work, and so they will ask you to turn on your phone. They might also have to ask you to open your phone, especially if it's an iPhone, because I think it's not always successful in opening [an] iPhone. So there are some ways they coerce you into helping them to do it. But because ... they know that you can be sent to [a re-education] camp if you refuse to cooperate. So people always just give their password to the police.

I found some evidence that they are beginning to trial these devices to send them to police departments in other places [outside of the Xinjiang Uyghur Autonomous Region]. For instance, they're using them in Ningxia to target Hui [Muslims]. And in some places in Yunnan, they're using them to target people. They're also using it at the borders. I haven't looked exhaustively, but at least some borders in China that when you enter China ... you can have your phone scanned with one of these devices.

Meiya Pico itself has talked about wanting to really expand along the Belt and Road [countries involved in China's international infrastructure program]. And so they've already begun that to some extent ... It definitely is happening. But that's part of what the people want to do, is they want to market their data tools to other companies, other countries.

It is important to know that Meiya is a kind of cutting edge company when it comes to digital forensics. [It] is one of the leading companies in the world.

It's considered a major national company in China ... at the forefront of technology growth in China, [which] offers these kind of technology companies a really data-rich environment because there are so many people to target. And there's so much money that's being spent to build these systems specifically for Xinjiang. So it allows them to build the capacities of these systems, to test them, to research them.

And once they have those capacities built, then they can ... adapt them for other purposes. So Xinjiang is kind of a training ground where a lot of these new technologies are being developed.

[An export ban in the] U.S. stops American companies from providing tools or services or equipment to Meiya Pico.

To the extent they are always dependent on U.S. suppliers and then they can be harmed by this. But my sense is that ... this is actually something that is showing how powerful they are as a company, that the U.S. is a threat ... that means that they are really good at what they're doing.

And I actually think that they're starting to use it as a sort of marketing strategy that they can say, look, the U.S. cares so much about us.

But the problem is bigger than just a China versus the U.S. issue, because in the U.S., the police departments are also using tools that are similar to these.

They're using tools like Clearview, which allows police departments and other companies to do image searches of people that can scrape data from people's social media, and they can track people in ways that are not that dissimilar from what Meiya Pico is doing. So really what we need is ... a global kind of cyber court or legal system that would regulate all of these companies equally and prevent them from, you know, going into people's private lives and targeting them in this way.

It's important to know that ... the things that they are looking for are not actually related to terrorism or extremism. They're just normal expressions of Islam, just things like saying, you know, peace be unto you in Arabic or having a picture of Koran or even saying the word Allah, which is just a name for God. And so we need to have regulation that prevents the kind of abuse that Meiya Pico and others are perpetrating on people.

There are not enough ... human rights and civil rights protections for people that are in marginalized positions, especially Muslim people in China, but other minorities as well. Any sexual minority or political minority, they can be targeted in similar ways. So it's really the vulnerable people, the people that are at the margins of Chinese society and any society that needs the most protection from these kinds of tools.

Baimurat, the person I wrote about, was hired to be a kind of ... assistant police, which means that he doesn't have formal training as a police officer. He actually has a degree in something else. But he knew Chinese language ... and so they hired him. And then he found that he was actually given one of these devices and would have to track people.

He and the other data police ... were supposed to target Uyghurs and Kazakhs in particular and check their phones. And then he realized that when he checked their phones and it came back with like a red sign that this person should be detained, that they were being sent to a kind of prison camp or re-education camp.

And so he saw that lots of people, even his own relatives, were being sent to these camps. And then eventually he went inside the camp and he saw what conditions were like. And he felt really terrible that he had been part of the system ... and really traumatized by it. He realized that he himself was not safe, that if he quit his job or if he didn't follow orders, that he could also be sent to the camp.

And so he really wanted to just leave the system entirely ... He managed to get back to Kazakhstan, but he's still sort of haunted by the experiences and the things that he saw. And he feels terrible that he was complicit in this system that harmed so many people. I think his life is better now than it was before. But the system is ongoing ... And he knows that many of his relatives are in the camps, and so it's a difficult thing to live with.