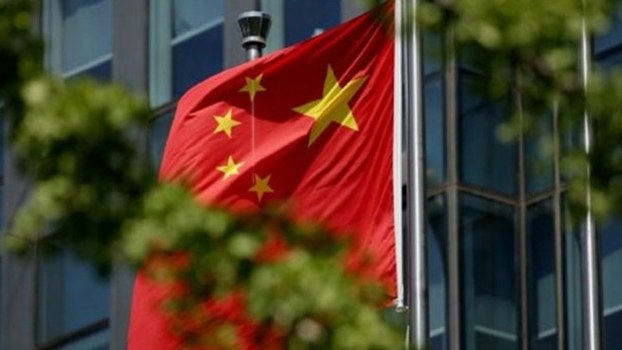 The flag of the People's Republic of China flies at Beijing's mission at the U.N. Headquarters in New York, n a file photo.

International rights groups are calling on United Nations member states not to vote to allow China to retain its seat on the U.N. Human Rights Council, saying Beijing has tried to undermine the international human rights system and continues the mass persecution and incarceration of Muslims in the Xinjiang Uyghur Autonomous Region (XUAR).

The New York-based Human Rights Watch (HRW) and the Chinese Human Rights Defenders (CHRD) network have both issued statements this week calling attention to serial rights abuses in China and Saudi Arabia, saying member states voting for the next Human Rights Council on Oct. 13 to take into account the rights violations of candidates.

"We urge UN member states to take strong and effective action in response to increasing human rights violations in China and the government’s failure to fully implement [U.N.] recommendations," CHRD said via its Twitter account on Thursday.

"The Chinese government has failed to protect and promote human rights in any meaningful way and has exploited the United Nations Universal Periodic Review process," the group said in a statement on its website.

It said the ruling Chinese Communist Party has failed to implement any of the 58 recommendations made during its human rights review in November 2018.

"Under the increasingly draconian rule of Xi Jinping, the Chinese government has escalated human rights repression, in particular, in its crackdown on critics of the government’s handling of COVID-19 pandemic, persecution of ethnic religious minorities in Xinjiang and Tibet, and curtailment of civil and political liberties in Hong Kong," the statement said.

Beijing-based rights activist Hu Jia said Beijing's growing presence and influence in U.N. agencies should be a cause for global concern.

"Faced with censure from Western nations, the Chinese Communist Party has gone on the offensive so as to evade public criticism," Hu told RFA in a recent interview. "Based on Nazi propaganda minister Goebbels' idea that a lie repeated often enough becomes the truth, their voice has gotten loud enough for Beijing to consolidate its position as a leader of authoritarian nations in a very short space of time."

"China engages in dollar-diplomacy to win over countries with bad human rights records to join its gang, and is forming a network of transnational underworld interests in the international community who protect each other," Hu said. "They are destroying any value or significance that the United Nations ever had."

The Uyghur Human Rights Project (UHRP) added its voice to the campaign, under the #VoteNoChina hashtag on social media, saying Beijing is "currently committing genocide against Uyghurs," in the XUAR.

"It’s difficult to comprehend the perverse logic behind the possibility of electing China—the government currently committing genocide against Uyghurs—to the UN body responsible for overseeing human rights protections around the world," the group's executive director Omer Kanat said in a statement.

The group said the Chinese government "persistently blocks human rights investigations in its own country," including investigations into violations of cultural rights, the right of assembly, enforced disappearances, freedom of expression, privacy and abuses committed in the name of counter-terrorism.

In 2017 and 2018, World Uyghur Congress (WUC) president Dolkun Isa was ejected from the UN Permanent Forum on Indigenous Issues at the behest of Wu Hongbo, who later admitted he had acted in the interest of the Chinese government, the UHRP said.

"While we recognise the importance of the Council in its unique ability to bring states together for critical dialogue and exchange, for it to remain a credible body it cannot tolerate members committing genocide," the statement said.

“China and Saudi Arabia have not only committed massive rights violations at home, but they have tried to undermine the international human rights system they’re demanding to be a part of," Charbonneau said in a statement on the HRW website.

He said if no suitable candidates were available, member states should refuse to vote.

The UN resolution that created the Human Rights Council urges states voting for members to “take into account the contribution of candidates to the promotion and protection of human rights," HRW said.

Council members are required to “uphold the highest standards in the promotion and protection of human rights” at home and abroad and “fully cooperate with the Council," it said.

Saudi Arabia, China, Nepal, Pakistan, and Uzbekistan are all competing to fill the four seats available to the Asia and Pacific group on the council.

HRW said China has a history of using its seats on the Human Rights Council to prevent scrutiny of its own abuses and those by its allies, with China repeatedly taking action to prevent the participation of rights defenders at U.N. events.

"It’s not good for human rights or for the rights council when the worst rights violators get elected," Charbonneau said.

CHRD said China had "partially implemented" just three out of the 58 recommendations made during its last review process two years ago.

"Women have continued to face gender-based discrimination in employment," CHRD said after a follow-up investigation of China's rights record.

"LGBTQI+ people have continued to face discrimination at home, at work, in schools and in public and China did not legalize same-sex marriage when adopting the Civil Code in 2020," it said.

Racism against African migrants was frequently reported during the COVID-19 pandemic, while ethnic and religious minorities "have continued to face discrimination in employment and housing and many faced arbitrary detention for practicing their religion and culture," it said.

"Persons with disabilities have continued to face discrimination and a lack of reasonable accommodation in areas such education, healthcare, poverty relief and employment," the report found.

Since the November 2018 review, China has intensified its "Sinicization" policies targeting religious groups, and continued to maintain "internment camps for Uyghurs and other Turkic Muslims in Xinjiang, where individuals have been arbitrarily detained for exercising their right to religious freedom."

Meanwhile, human rights defenders including journalists and lawyers continue to face arbitrary detention, enforced disappearance, torture, administrative penalties, collective punishment against their families, and targeted surveillance in response to their work to promote and protect human rights, it said.

Many have been prosecuted for "endangering national security", with 991 human rights defenders currently behind bars in China, it said.

Earlier this week, the U.K. and Germany led a group of 39 member states in condemning China’s treatment of Uyghurs and imposition of harsh security measures in Hong Kong at the U.N. General Assembly, signaling increasing opposition to Beijing’s policies from the international community.

In a joint statement issued late on Tuesday to the General Assembly’s human rights committee, the two nations—as well as the U.S., Canada, Australia, Japan, and several members of the European Union—slammed China for its persecution of Uyghurs in the Xinjiang Uyghur Autonomous Region (XUAR).

Reported by Ng Yik-tung and Sing Man for RFA's Cantonese Service, and by He Ping for the Mandarin Service. Translated and edited by Luisetta Mudie.