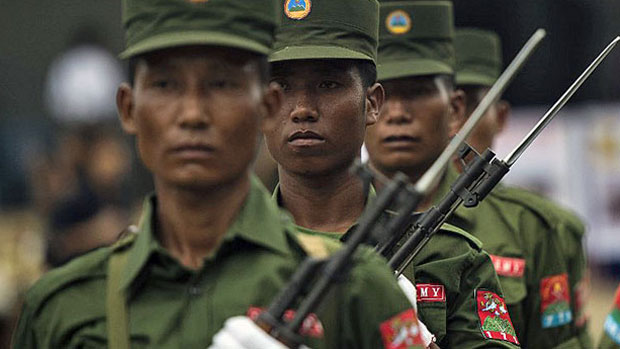 Rev. Lazaru—a spokesman for the region’s ethnic Lahu Baptist community—told RFA’s Myanmar Service that 92 pastors are now being held by the armed group, citing witnesses who have fled UWSA control.

“The UWSA has also forcibly recruited 41 male and female students who were taking bible studies classes in various churches, and 52 churches in the Mongpauk area have been shut down, and three have been destroyed,” he said.

Because the areas under UWSA control are now cut off, “we cannot go there, and so we will hold a prayer ceremony on Oct. 7,” Lazaru said. “We have about 400 followers, and we’ll pray for the quick release of our brethren who have been taken away.”

On Sept. 6, the UWSA issued a six-point statement that has since been circulating on Facebook, sources told RFA in earlier reports.

The statement says that all churches, missionaries, school teachers, and clergy members must be investigated and that a list of all churches in Wa-controlled areas must be drawn up.

Churches built after 1989—except for one built in 1992 with the government’s permission—must be destroyed, and new ones cannot be built, in a measure to prevent people from converting to Christianity.

The statement also prohibits ethnic Wa organizations or committees from becoming involved in support groups at churches and bans the teaching of religious lessons or beliefs at government schools.

It also requires all religious leaders to be local residents of the Wa region and to conduct their work activities only with the permission of the Wa government under the rules and regulations of UWSA headquarters.