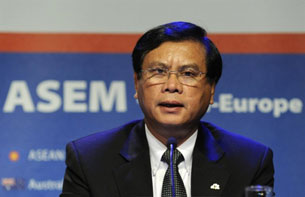 Laos has announced the surprise resignation of Prime Minister Bouasone Bouphavanh amid speculations of a leadership split between pro-China and pro-Vietnam camps within the dominant communist party.

The 56-year-old Bouasone quit about six months before the end of his term and after more than four years of steering the Southeast Asian state.

He has been replaced by Thongsing Thammavong, president of the National Assembly, which is the parliament of the single-party state.

"The assembly has confirmed and approved the resignation of the prime minister and also approved the appointment of his replacement," Pany Yathotu, the new National Assembly chairwoman, announced on Thursday, the final day of the latest assembly session.

The change was aimed at enhancing the cabinet in implementing the state's roles and duties, and also ensuring the political stability and basic social security, the Lao News Agency (KPL) quoted Thongsing as saying.

Bouasone told deputies he could no longer perform his duties because of "family problems," but some Lao observers said politics may have driven him out of power.

They specifically noted that he had been criticized at the assembly for spending outside the limits of stipulated programs.

In addition, he may have been caught between pro-China and pro-Vietnam camps in the corridors of power, they said, also noting China's rising influence in the country over the last decade. 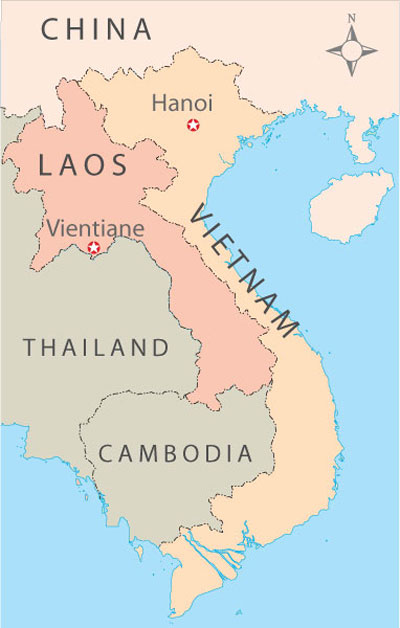 "I think the political conflict might be an important reason for the resignation," said Oudong Saysana, a Laos analyst based in Washington state.

"You know now in Laos there is a conflict between two powers .. .because there is a lot of Chinese influence in Laos which has resulted in a pro-China and pro-Vietnam camp," he said.

China has been pumping investments in recent years into Laos, a rural-based society of about six million and among Asia's poorest nations highly reliant on foreign donors.

Ties with Vietnam have been the cornerstone of Lao foreign policy. The 1977 Treaty of Friendship and Cooperation between the two countries covers defence arrangements, delineation of the border, and Vietnamese economic aid to Laos.

China's influence, however, has been rising as it wields its economic muscle.

As with Vietnam, ties with Beijing underscore links among the dominant communist parties.

The prime minister's resignation, especially its timing, caught many people in Laos by surprise.

"I don't believe this, I'm shocked and suspicious," said one resident in Vientiane, the Laotian capital.

"Why right now, instead of waiting for the next communist party congress, which is going to take place in just four to five months," the resident asked, speaking on condition of anonymity.

"We did not expect he would resign, because he has performed quite well in his function," government spokesman Khenthong Nuanthasing told AFP, adding that Bouasone told deputies he could no longer perform his duties because of "family problems."

The decision to resign was Bouasone's alone, the spokesman said, but he remains a member of the ruling Lao People's Revolutionary Party central committee.

Bouasone would have been eligible for another term when the party's Congress is held early in 2011.

"He can run for another post in the future," even at the next Congress, Khenthong said.