State-Ordered Donations in Laos 'Not Needed,' But Money Not Returned 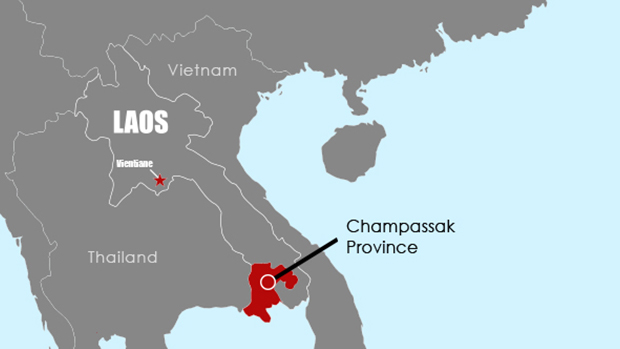 A map showing the location of Champassak province in Laos.
RFA

Donations required of officials in a district in southwestern Laos to celebrate national holidays this year will no longer be needed, though money already sent in has not been returned, sources in the one-party Southeast Asian nation say.

The contributions to support observances of the country’s National Day on Dec. 2 and Army Day on Jan. 20 were demanded in separate notices sent out by authorities in Champassak province and the province’s Outhomphone district.

Following strong push-back on social media, however, a second notice was then issued by district authorities canceling the required donations.

Speaking to RFA’s Lao Service, a state employee in Outhomphone said that he had only just seen the notice canceling the earlier demand for funds.

“I already sent in money to support the celebrations,” the official said, speaking on condition of anonymity.

“However, the money I sent in has not yet been returned,” he said.

District authorities had asked for contributions of 100,000 kip ($ U.S. 11) to help fund celebrations, while state employees’ salaries average about 1,600,000 kip ($ U.S. 187) per month, a second official said, also speaking on condition he not be named.

“But even this is not enough for us to meet our daily expenses, and if 100,000 kip of this amount is taken from us, we will have real difficulties,” the official said.

'They will have to wait'

Also speaking to RFA, an official in the district’s governing office said that money already contributed will be returned.

“The money will be refunded to the officials, but they will have to wait,” he said.

Notices demanding donations to observe the state holidays were also issued this year in Chonaburi and Champhone districts in Savannakhet province, and in Luang Prabang’s Pak-ou district, though no second notices were sent out to cancel the collection, Lao sources said.

It was unclear whether the request for funds had extended more widely to residents in these areas, though sources say it is traditional for state employees at all levels, businesspeople, and ordinary Lao citizens to support state holidays and party congresses with financial contributions.

there are many millions dollars Donated to FLOOD VICTIMS but they never got it and those money must put in their own pocket and tell FLOOD VICTIMS to shut up.