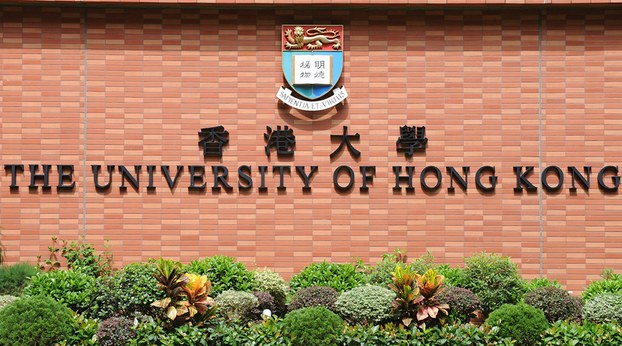 The University of Hong Kong is shown in a university photo.

The appointment of two mainland Chinese scholars as vice presidents of the University of Hong Kong (HKU) has raised concerns that the ruling Chinese Communist Party (CCP) is taking control of the city's flagship institution.

The university's governing council on Tuesday said it would appoint Max Shen, who has previously been listed as a member of a CCP committee at Beijing's Tsinghua University, as vice president of research from January 2021.

Gong Peng, another Tsinghua University academic will be the next vice president of academic development, with the same start date.

Shen's name appeared until recently on a list of CCP committee members for the industrial engineering department at Tsinghua.

But he said in a statement: "I am not a member of the Chinese Communist Party and I am also not in the party committee as claimed by the reports." Shen said his name had appeared on the Tsinghua University website "in error."

He said his current employer isn't Tsinghua, but the University of California at Berkeley, also the former employer of incumbent HKU vice chancellor Xiang Zhang.

The chairman of the HKU council, Arthur Li, also issued a statement saying that Shen "has made it clear that he is not a member of the CCP or a member of a party committee," and that the council was satisfied with his clarification.

The announcement came amid a campus protest by the University of Hong Kong Students' Union, which called for a full account of Shen and Gong's political background, amid fears that they will ensure the university is governed along lines acceptable to Beijing.

The union also submitted a petition of 4,200 signatures ahead of the council meeting, objecting to Gong and Shen's appointments and calling for full disclosure of candidates' backgrounds, political declarations, selection criteria, and previous listings on CCP party committees.

'An end to academic freedom'

"This action by the council is tantamount to declaring the end of HKU's institutional autonomy and academic freedom," Jeh told reporters. "I could never have imagined that this day would come after just three years at the University of Hong Kong."

"We believe that it is a part of a move by the CCP to take over the university," Jeh said, adding: "This university doesn't belong to Xiang Zhang, but to its students, faculty, and staff."

She said the move would likely pave the way for more appointments of managers and faculty who are loyal to Beijing.

The vote went ahead on Tuesday despite an appeal by 11 council members to postpone it and to reconsider appointing Shen.

The council members said his appointment would invite suspicions about CCP rule at HKU, and that this would threaten academic freedom and make it harder to attract talent.

The announcements came after a council meeting that had been slated to discuss revised guidelines putting an end to the direct election of faculty and student representatives to the council. The posts will now be appointed, and the student representative -- previously always an undergraduate -- may now also be a postgraduate.

Jeh said she fears the changes to the council system could soon be implemented at other universities in Hong Kong.

The state-run Global Times newspaper said the moves were aimed at ending "political hijacking" of the university in "recent years," in a likely reference to the heavy involvement of HKU students in last year's protest movement against the erosion of Hong Kong's freedoms, and in the 2014 Occupy Central pro-democracy movement.

No role for the CCP

King-wa Fu, associate professor at the Journalism and Media Studies Centre of The University of Hong Kong, said the concerns are not so much about Shen's personal politics, but about whether the CCP is setting up a party committee at HKU through the back door.

He said the changes to the council system meant that the vice chancellor now wields most of the decision-making power.

"In the past, staff and students have participated in the decision-making process," Fu said. "The university needs to explain clearly why it did this, and listen to the views of other stakeholders."

RFA had received no reply to its request for comment from HKU by the time of writing.

Reported by Man Hoi-tsan and Lau Siu-fung for RFA's Cantonese and Mandarin Services. Translated and edited by Luisetta Mudie.