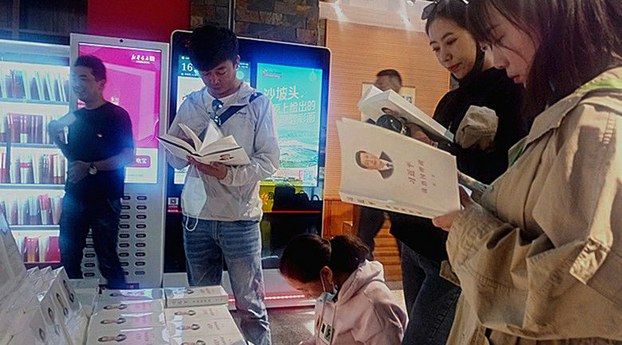 In a job sector already marked by limited opportunities, young Tibetans seeking government work are being required to join the ruling Chinese Communist Party and to closely study the political thought of party chief Xi Jinping, sources in Tibet say.

“But to find work like this one must be a member of the [ruling] Chinese Communist Party,” RFA’s source said, speaking on condition of anonymity.

“Therefore, many Tibetans these days are studying communism and Xi’s political ideology in order to have a stable job and career. There are no other options left,” the source said, adding, “Even to become a teacher in a school, you have to be a member of the CCP and learn the so-called Xi Jinping Thought for a New Era.”

Xi Jinping Thought on Socialism With Chinese Characteristics For a New Era—abbreviated simply as Xi Jinping Thought—is a compilation of the Chinese president’s statements and doctrines on Chinese government policy and the country’s role and future in world affairs.

It was adopted into the Chinese Communist Party’s constitution following the 19th Party Congress in March 2018.

“The Xinhua bookstore near the Potala Palace in Lhasa and many other such bookstores carry lots of books about Xi Jinping’s ideology and the Communist Party, books about the history of communism, and books that say how China ‘liberated’ Tibet.”

“It’s very sad that you will find only a few books about Tibet and its true history and religion,” he added.

The rules of Communist Party membership, a necessity now for employment and professional advancement in Tibet, “are targeted primarily at destroying Tibetan national and cultural identity,” Karma Tenzin, a researcher at the Dharamsala, India-based Tibet Policy Institute said.

“The CCP doesn’t care about how educated Tibetans become or what kind of jobs they may land in the future. Their real intent is to brainwash Tibetans by forcing them to learn the ideology of the CCP and Xi Jinping,” he said.

Tibetan Party members, government workers, and students are now routinely denied access to monasteries and temples in many parts of Tibet, with Penpa Dhondup—director of the Archives of the Tibet Autonomous Region—recently fired from his post for affirming his faith in Tibetan Buddhism, sources told RFA in earlier reports.

Tibet’s India-based exile government hit back in August at a call by China’s President Xi Jinping to Sinicize the Tibetan people's Buddhist religion, describing the move as an attempt by China’s ruling Communist Party to destroy Tibet’s unique national identity.

Chinese police and surveillance teams now regularly monitor life in Tibetan monasteries for signs of opposition to China’s rule, source in the region say. Authorities meanwhile interfere with Tibet’s traditional recognition of senior Buddhist monks and other religious leaders in order to install politically compliant figures of their own choosing.

At the Central Symposium on Tibet Work in Beijing last month, Xi called for “continuous efforts to enhance recognition of the great motherland, the Chinese nation, the Chinese culture, the CPC, and socialism with Chinese characteristics by people of all ethnic groups.”

“Tibetan Buddhism should be guided in adapting to the socialist society and should be developed in the Chinese context,” Xi said, according to the official Xinhua news agency.

Regarded by Chinese leaders as a separatist, Tibetan spiritual leader the Dalai Lama fled Tibet into exile in India in the midst of a failed 1959 Tibetan national uprising against rule by China, which marched into the formerly independent Himalayan country in 1950.