US State, Education Officials Call For Review of Confucius Institutes 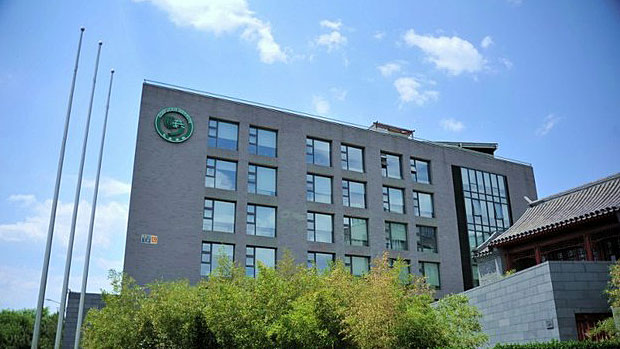 The headquarters of the Confucius Institute in Beijing is shown in a file photo.
ImagineChina

The administration of U.S. President Donald Trump has called on the country's higher education sector to reconsider their partnerships with cultural and language-teaching institutes run and partly funded by the Chinese Communist Party (CCP).

The State and Education departments warned in letters sent recently to universities and state education officials that Confucius Institutes, which are administered by a branch of China's State Council, provide Beijing with a "foothold" to exert political influence on American campuses, and pose a threat to free speech.

“The presence of this authoritarian influence on our campuses has never been more concerning, nor more consequential,” the letters, signed by Secretary of State Mike Pompeo and Education Secretary Betsy DeVos, said.

There are currently Confucius Institutes embedded in more than 60 U.S. universities, offering Mandarin language-teaching, cultural activities, and other events to students. A recent State Department report labeled the programs as a foreign mission of the Chinese Communist Party.

The letters said that cooperation agreements with the Confucius Institutes allow them to exclusively employ teachers vetted and paid by the Chinese government, who "can be expected to avoid discussing China’s treatment of dissidents and religious and ethnic minorities."

"Confucius Institutes are branded as Chinese language and cultural learning centers, but there is increasing evidence that they are also tools of malign [CCP] influence and dissemination of CCP propaganda on U.S. campuses,” the letters said.

The letters do not explicitly urge schools to cut ties with the Confucius Institute but say the measure could avoid problems. Officials said many schools have built “excellent Chinese language and culture programs” without the Chinese government.

At least 39 U.S. universities have announced plans to end agreements allowing Confucius Institutes to operate since early 2019, according to a conservative non-profit group, the National Association of Scholars.

Chen Kuide, executive chairman of the Princeton Chinese Society in the United States, said that although the letter did not explicitly require schools to close these projects, the government is clearly hoping they will.

"I think the U.S. government has realized that Confucius Institutes have worked to expand the CCP's foreign propaganda program locally," Chen said. "I think eventually, the U.S. will shut all of them down."

The letters said that the Chinese government is also running Confucius classrooms in hundreds of primary and secondary schools in the United States, calling on secondary schools to review these arrangements and take appropriate action.

Legislation may be needed

U.S.-based independent political scholar Gu Weiqun said it was hard for Washington to impose such decisions on schools under the U.S. federal system of government.

Chen said legislation might be necessary to limit the scope of Confucius Institutes on U.S. soil.

"I think legislation is a better way, because Confucius Institutes have had a harmful effect on the American education system, and on academic freedom and freedom of speech in universities," Chen said.

"That is a violation of the fundamental rights of citizens, granted by the U.S. Constitution," he said.

The letters came after Webster University in Missouri released a statement on the death of Liu Qiang, also known as David Liu, a representative of the Beijing Language and Cultural University, and an ex-officio member of the university's Confucius Institute board.

The. St. Louis Post-Dispatch reported that Liu’s death followed a police search of his apartment as part of a child pornography investigation.

"Webster University will conduct an investigation to determine whether there is any evidence of harm to any member of the University community relating to this matter," the university said.

The Beijing Language and Culture University said it would conduct its own probe, the state-run China Daily newspaper reported.

Officials who answered the phone at the Beijing Language and Culture University said they were aware of the incident when contacted by RFA on Oct. 12, but declined to comment.

Reported by Ng Yik-tung and Sing Man for RFA's Cantonese Service, and by Jia Ao for the Mandarin Service. Translated and edited by Luisetta Mudie.