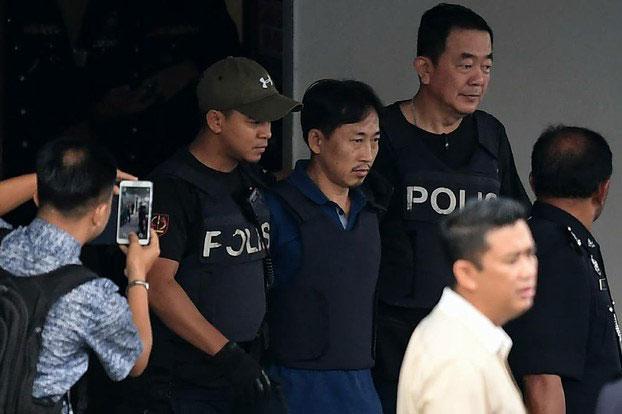 Malaysia said Friday it was working closely with chemical weapons authorities in The Hague on its claim that Kim Jong Nam was killed by VX nerve agent.

The announcement came a day after a North Korean diplomat rejected Malaysia’s toxicology report and suggested that “international chemical experts” were questioning its findings.

“[T]he Ministry is in close contact with the OPCW regarding the recent incident and the latter has provided the Malaysian authority with some technical materials that have been requested to assist in its investigation,” a statement by Malaysia’s Ministry of Foreign Affairs said.

The Netherlands-based Organization for the Prohibition of Chemical Weapons “has further indicated its commitment to provide further assistance as required,” the statement said.

Pyongyang on Thursday has asked the Malaysian government to send samples of the substance found on the body of Kim Jong Nam for verification by the OPCW.

He said international experts were “unanimously” asking how two women who have been charged with murder in Kim’s death could have smeared the highly toxic substance on his face and survived.

“And there is another unanimous request by international chemical experts, that in case it is true that it was used, then the samples should be sent to OPCW's office,” it went on to say.

“And in case it is proved by the two separate international laboratories, with the same conclusion, then they should come to identify who is the one who made it.”

The foreign ministry statement stressed that Malaysia had fully cooperated and complied with OPCW regulations.

“Malaysia does not produce, stockpile, import, export or use any Schedule 1 toxic chemicals including VX, and has made annual declarations to that effect to the OPCW,” it said.

The foreign ministry expressed alarm over the use of a substance that the U.N. lists as a weapon of mass destruction on Malaysian soil.

“The Ministry strongly condemns the use of such a chemical weapon by anyone, anywhere and under any circumstances. Its use at a public place could have endangered the general public,” it said.

South Korean officials have accused North Korean agents of masterminding the murder of Kim Jong Nam. His brother Kim Jong Un allegedly had a standing order for his assassination fearing he could be used in any overthrow of his brutal regime.

The only North Korean arrested to date in connection with the assassination was transferred to the Immigration Department on Friday morning, according to a police official. He was expected to be deported later in the day.

Malaysian Attorney General Mohamed Apandi Ali on Thursday announced that Ri Jong Chol would be released due to lack of evidence, then deported on immigration violations.

His 14-day remand expired Friday; two days after a pair of Southeast Asian women were charged with murder in the attack. Malaysian police are looking for at least seven other North Korean suspects.

The two women allegedly accosted Kim Jong Nam and smeared VX nerve agent on his face as he was preparing to board a flight to Macau from Kuala Lumpur International Airport 2 on Feb. 13.

On the day of the murder, Ri drove four North Korean men to a Kuala Lumpur-area airport, a senior Malaysian government official close to the investigation told BenarNews, an RFA-affiliated online news service.

Those four men are the ones listed on charge sheets released by police Wednesday as accomplices in the murder, the source said. But they left Malaysia later that day and returned to North Korea, according to police.

“He was here and supposed to work at a local company but never worked even for a single day at the company,” the source said of Ri, adding that his family would also be deported.