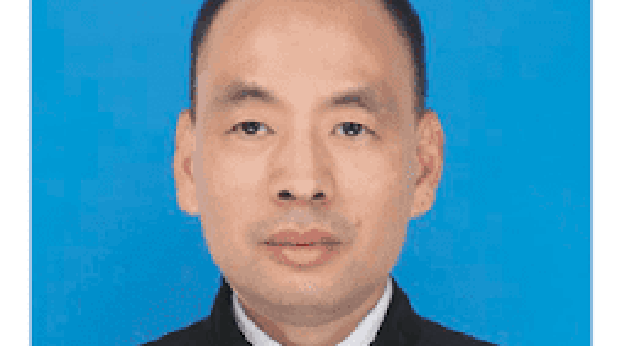 Authorities in the southwestern Chinese province of Sichuan are investigating a prominent rights attorney recently hired to represent one of 12 Hongkongers detained in Shenzhen after trying to flee to democratic Taiwan.

Lu Siwei, who has spoken out after being repeatedly denied access to his client in Shenzhen's Yantian Detention Center, has been ordered by the local judicial affairs bureau to submit details of recent cases for "review."

Lawyers in China must pass an annual inspection to renew their licenses, a process that is increasingly being used by the ruling Chinese Communist Party (CCP) to strike off attorneys who take politically sensitive cases.

Lu's Sichuan Jinqi law firm received a notice from the Qingyang District judicial affairs bureau on Nov. 3, calling on it to submit details of all cases represented by him for "inspection and review."

A person familiar with the situation who did not wish to be identified, told RFA that the request was linked to Lu's representation of one of the Hong Kong 12.

Authorities in the southern Chinese city of Shenzhen have issued a ban on lawyers appointed by the families of 12 Hong Kong activists detained by the China Coast Guard on Aug. 23 and currently being held on suspicion of "illegally crossing a border," in the city's Yantian Detention Center.

Five law firms have received verbal orders from the Yantian district bureau of judicial affairs to stop acting for the families of the 12 detainees, several people close to the case have told RFA.

The detainees are aged 16 to 33, and were trying to flee to the democratic island of Taiwan by speedboat after being charged with crimes linked to months of protest that rocked Hong Kong last year.

Any lawyer hired to act on behalf of the 12 activists has been ordered to stop doing so, often by repeated phone calls from judicial bureau officials to their personal number, according to multiple sources.

The orders come after 10 lawyers have made repeated attempts to meet with their clients, but were denied entry each time by detention center staff.

Six lawyers have been pressured into dropping the case, while 13 have been subjected to official summonses.

"This is ... a form of intimidation meted out to human rights lawyers, and will put them under huge pressure," Teng told RFA.

A copy of the Qingyang judicial affairs bureau document seen by RFA's Cantonese Service shows that Lu's law firm is required to submit case files, instruction agreements, and any other documentation in all cases Lu has worked on since February 2019.

It requires the firm to notify the bureau of any cases taken on by Lu within three working days of his instruction by a client.

U.S.-based rights lawyer Chen Jiangang says the request for case files is the first step used by the authorities to target and suppress rights lawyers.

"They may deliberately ask certain questions," Chen said. "Their main aim is to get the lawyer to withdraw from the case...because he has represented several cases now that the CCP does not want lawyers working on."

Chen said that there is no longer any hope of an effective criminal defense in China's judicial system.

"A criminal defense is no longer your right, but is rather a gift bestowed by the CCP," Chen said. "Anyone wanting to hire a defense attorney needs their approval ... Without it, they no longer have the right to hire their own lawyer."

Chen said the moves now being made against Lu could result in the loss of his lawyers' license, or even his arrest.

Reported by Mia Ping-Chieh Chen for RFA's Mandarin Service, and by the Cantonese Service. Translated and edited by Luisetta Mudie.