But China pressures European representatives not to participate.
2010-11-05
Tweet 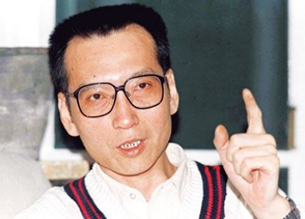 HONG KONG—Two pro-democracy lawmakers from Hong Kong said Friday they have accepted invitations from the wife of jailed Nobel peace laureate Liu Xiaobo to attend the prize-giving ceremony in Oslo next month.

"A couple of weeks ago we had a message from Liu Xia, via friends, asking us if we could sent Szeto Wah and Albert Ho to the award ceremony in Norway," Hong Kong rights activist and Legislative Council member Lee Cheuk-yan said.

Szeto, a veteran activist and former legislator, confirmed in February that he was undergoing chemotherapy for lung cancer, and Lee said he would be traveling to the ceremony in his place along with Democratic Party chairman Ho.

"Albert Ho and I will be in Norway on Dec. 10," Lee said, adding that the decision had been made by the Hong Kong Alliance in Support of Patriotic Democratic Movements in China, of which both he and Ho are members.

Lee, who is also General Secretary of the Hong Kong Confederation of Trade Unions, said he was not going to receive the prize on behalf of Liu, who is currently serving an 11-year jail term in a northeastern Chinese prison for "incitement to subvert state power."

"For Chinese people, this is an important moment in history," he said. "It is a recognition for the Chinese pro-democracy movement and for the struggle for human rights in China."

"Personally, I think that if neither Liu Xiaobo nor Liu Xia are able to receive the award, then no one should receive it in his place, as that would ... put more pressure on the Chinese government to release him," Lee said.

Ho has long been a vocal supporter of 'disappeared' Chinese lawyer Gao Zhisheng and blind Shandong activist Chen Guangcheng, who is currently being held under tight security at his home following his release from prison.

The Alliance was set up on May 21, 1989 when Hong Kong was still a British colony, with the aim of putting an end to one-part communist rule and building a democratic China.

The Oct. 8 announcement that Liu Xiaobo would receive the 2010 Nobel Peace Prize sparked an indignant reaction from Chinese officials, who said that giving Liu the award showed a lack of respect for China's legal system.

China's official Xinhua news agency published a lengthy analysis on Friday, comparing Liu's "crimes" with those who had been imprisoned in other countries for incitement to racial hatred, or those who might plot to dethrone Britain's Queen Elizabeth or assassinate President Obama.

"Liu's article ... said that among all big countries of today, only China was still in a political ecology of bureaucratic authoritarianism, which resulted in a series of human rights disasters and social crises," the agency quoted a legal expert as saying.

This amounted to "slander" of the Chinese political system, the article said.

Secondly, Xinhua said, Liu's writings had done real social damage to China, because he "organized and induced others to sign their names on his articles in order to widely spread his provocative speeches, which was then used by overseas anti-China forces to launch attacks against China."

Authorities around the country have since swooped down on anyone close to Liu, holding his close associates and fellow activists under house arrest.

Beijing-based dissident Yu Jie said he expected to be confined to his apartment until after the award ceremony in Oslo.

"Ever since Liu Xiaobo was awarded the prize, the authorities have been terrified that people like me who know Liu Xiaobo quite well will meet up with others in Beijing, or with the foreign media, to talk about Liu's award," Yu said.

"So they have put me under house arrest at my home."

He said there were three policemen on 24-hour guard outside his apartment building.

Yang said he would be submitting a list of people who planned to attend the ceremony to the organizers soon.

China has warned other countries against attending the award ceremony, with diplomats from several countries saying they have received letters from the Chinese embassy in Norway.

In Beijing, Vice Foreign Minister Cui Tiankai said governments would have to "take responsibility for the consequences" if they show support for Liu.

The Chinese warnings do not appear to have dissuaded many Norway-based ambassadors, royalty, or celebrities from attending, however.

France, currently hosting a three-day state visit by Chinese President Hu Jintao amid a signing frenzy of billions of dollars in industrial contracts, has not said whether its ambassador will be present.

Around 20 rights activists staged a protest in Paris on Friday as Hu's motorcade passed, calling for Liu to be freed.

Reported in Mandarin by Fang Yuan and in Cantonese by Fung Yat-yiu. Translated and written in English by Luisetta Mudie.