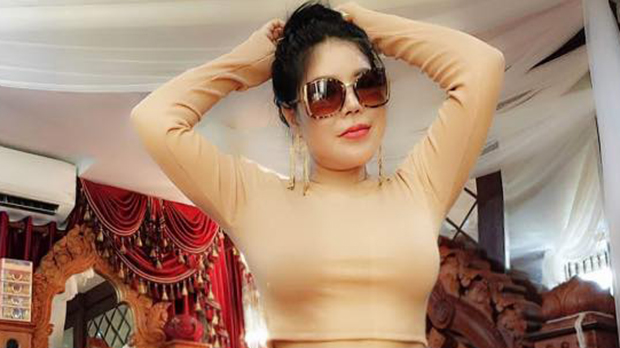 Threats made by Cambodia’s Prime Minister Hun Sen against female Facebook users are “irresponsible” and promote a culture of victim-blaming, rights groups said Wednesday, urging him to respect women’s right to freedom of expression and self-determination.

During a speech to the Cambodian National Council for Women on Monday, Hun Sen ordered authorities to take immediate action against women who wear “revealing” clothing while selling products on Facebook live streams, saying their actions were lowering Cambodian cultural values and were to blame for sexual violence.

After Hun Sen ordered authorities to track the women down and “educate” them, a representative of the Ministry of Posts and Telecommunications reportedly pledged to ask Facebook to block their profiles.

On Wednesday, the Commissariat of the Phnom Penh Municipal Police posted a video to Facebook saying a woman named Thai Srey Neang had been brought to a local police station for education, where she signed an agreement to stop wearing “revealing clothing,” and showed her apologizing for donning clothing that “disgraces Khmer traditions” and “affects the honor of Cambodian women.”

“Hun Sen’s assertion that women are to blame for sexual violence and human trafficking due to their choice of dress on Facebook is a despicable and dangerous instance of victim-blaming,” Amnesty’s regional director Nicholas Bequelin said.

“This rhetoric only serves to perpetuate violence against women and stigmatize survivors of gender-based violence.”

Bequelin called Hun Sen’s order to track down and “educate” women “represents a menacing application of the state’s surveillance apparatus to advance a discriminatory and patriarchal agenda,” and urged Facebook to reject discriminate requests by the authorities to block women’s profiles.

He said how authorities carry out the order is “inherently arbitrary,” noting that none of the women have been accused of breaking any law.

“These developments underscore the dire state of freedom of expression in Cambodia,” he said.

“In recent years, the Cambodian authorities have increasingly weaponized internet surveillance to target human rights defenders and opposition supporters based on their Facebook posts and communications.” 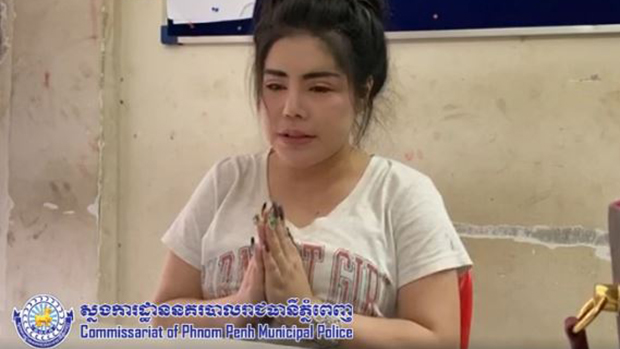 A group of local rights organizations said in a joint statement that Hun Sen’s comments appear contradictory to Cambodia’s obligations as a state party to the United Nations Convention on the Elimination of all Forms of Discrimination Against Women (CEDAW), as well as national laws and policies that promote gender equality and women’s empowerment.

“It’s important to note that social values are arbitrary, relative, and constantly changing,” the groups said, adding that “there is no evidence-based research that affirms that women’s clothing choice is the root cause of degradation of social morality.”

Instead, they said, “the culture of victim-blaming perpetuates violence against women and gender-based discrimination in our society.”

They noted that last month, representatives from the Ministries of Women’s Affairs, Information, and Culture and Fine Arts all publicly expressed the same position that a person operating an online store is within their individual rights when “wearing revealing clothes or using profane language” in a Facebook live-feed.

“Punishing women for their choice of clothing is … part of the root cause of violence, rather than its cure, and must be rejected,” the groups said.

“We appeal to the Cambodian government to acknowledge that Cambodia needs to respect women’s rights to self-determination, expression and bodily integrity in order to achieve gender equality and end gender-based violence in Cambodia.”

“Their criticism goes against the mindset of all Cambodians,” he said, adding that “no one supports pornographic advertisements.”

Also on Wednesday, Minister of Interior Sar Kheng praised his armed forces and relevant institutions for their work cracking down on banned opposition Cambodia National Rescue Party (CNRP) acting president Sam Rainsy’s plan to return to the country from self-imposed exile last year, which he called a “color revolution aimed at toppling the government.”

“The extremist opposition wanted to provoke social chaos and topple the government and the monarchy,” Sar Kheng said.

“But under Hun Sen’s leadership, and with support from our armed forces, civil servants, local authorities at all levels, and the public … [we] succeeded in destroying their dangerous plots and plans, and we will continue to protect democratic principles.”

Cambodia’s Supreme Court dissolved the CNRP in November 2017 over an alleged plot to take over the country, amid a wider crackdown by Hun Sen on the political opposition, NGOs, and the independent media that paved the way for his ruling Cambodian People’s Party (CPP) to win all 125 seats in parliament in the country’s July 2018 general election.

Sam Rainsy planned to repatriate to Cambodia on Nov. 9, 2019 to “restore democracy” through nonviolent protest, but Hun Sen’s government labelled the move part of a “coup attempt” and ultimately blocked his entry.

In the aftermath, authorities jailed around 100 CNRP activists and supporters, and charged a similar number with crimes widely dismissed as politically motivated.

Speaking to RFA on Wednesday, Morn Phalla, the head of the CNRP for Phnom Penh who is currently seeking refugee status abroad, said that Sar Kheng’s comments suggest the government had effectively “killed democracy” in Cambodia.

“[Hun Sen’s government], after robbing the people of their votes, killed democracy by dissolving the Cambodia National Rescue Party,” he said.

“Now they have announced their success in destroying democrats—especially the CNRP—and preventing the party from competing in the elections.”

Seoung Sen Karona, a spokesman for local human rights group Adhoc, told RFA Sar Kheng’s comments “could contribute to an increase in persecution against the CNRP,” adding that he has been saddened to see politicians turn against one another.