China’s Corruption: A Reporter Looks Back

A onetime Communist Party “corruption fighter” may now be part of China’s corruption problem.
A commentary by Dan Southerland
2012-05-29
Tweet 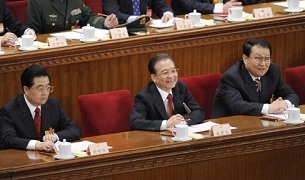 Nearly three decades ago, an up-and-coming provincial Communist Party chief stood out as the type of young new leader that the Party was trying to promote at the time.

At age 39, the university-educated Li Changchun had become the youngest mayor and Party secretary of a major Chinese city, the industrial city of Shenyang. When I met Li, he was 41.

Li assured me that the Party was dealing with “unhealthy tendencies” that seemed to be spreading throughout the country, such as corruption among officials.

It was doing so, he said in an interview in the summer of 1985, through its own internal disciplinary measures.

Li was saying in effect that the Party itself would take care of everything—without any rule of law or checks and balances that would hold it accountable.

One might wonder why an interview back in 1985—that was 27 years ago—would be relevant to today’s China.

First, because Li is still around and now holds one of China’s highest positions. He’s China’s propaganda czar and a member of the ruling Standing Committee of the Politburo.

Yet he and other top leaders have done little to halt the corruption that he talked about 27 years ago.

Second, the much-publicized ouster of Chongqing Party chief Bo Xilai in April this year blew the lid off a mostly taboo subject—the specifics of widespread  corruption among high-level Party and government officials.

This became possible only because one of Bo’s top aides, his former police chief and chief enforcer, Wang Lijun, made a sudden and unauthorized trip to seek protection in the U.S. Consulate in Chengdu. He had had a falling out with Bo.

Several corruption cases involving Bo should have exploded into a full-scale scandal years ago when Bo was a mayor and later a provincial governor in Northeast China.

Jiang Weiping, a Chinese investigative reporter, had documented Bo’s misdeeds at the time. He spent five years in prison as a result.

While Bo’s case is the most sensational to surface in recent years, it is by now evident that corruption is embedded in the Chinese political system. It has become a way of life for many officials.

In the meantime, many of  China’s “princelings,” the sons and daughters of top Party officials, have risen to positions of wealth and power thanks to their parents’ positions.

Bo Xilai’s father, for example, was a revolutionary comrade and leading aide to Mao Zedong.

This gave Bo easy access to high-ranking military officers, some of whom were involved in profitable Chongqing land takeovers and business deals arranged by Bo and his team.

Bo’s links to the military were apparently one of many causes for concern about him among the top leaders in Beijing who removed him.

The Party’s censors and propagandists, including Li Changchun, must now try to control the Bo Xilai story before it raises too many questions about how corruption has grown within the Party’s ranks.

In the past when high-ranking officials have been ousted for corruption, often because their actions had become too open, the Party has used the state media to demonize the individual involved.

That individual is then treated as an exception to the norm.

According to Li Honggu, a prominent Chinese editor, “As soon as a political figure falls from his post, the rationalizing mechanism of the State ideology kicks into action, expending great effort to show that the fallen official is congenitally flawed and no reflection on the system.”

But given the public’s current skepticism about how the system works, it might now be hard to sell the idea that Bo Xilai is a real exception.

Making matters even more difficult, the Party must now also try to control  the spin on yet another major story: the dramatic escape from house arrest and flight to U.S. embassy in Beijing of blind human rights activist Chen Guangcheng.

Chen’s escape highlighted the abuse of power in Shandong Province, where Chen and his family were kept under guard by local thugs and denied access to a normal legal process.

The thugs were working with local officials who resented Chen’s attempts as a self-trained lawyer to defend women facing forced abortions and sterilization under China’s family planning program.

As China’s propaganda czar, Li oversees the government’s attempts to exert media controls on any discussion of these issues.

When the Bo Xilai scandal erupted, netizens were able to use the Web to spread reports of the most sensational aspects of the case, including abuses of power and a possible murder perpetrated by Bo’s wife.

Many microbloggers also expressed anger at the Communist Party elites who have managed to enrich themselves and their children. 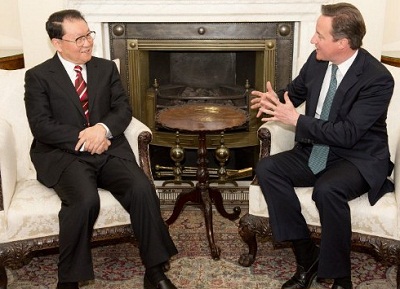 Li Changchun started out as the type of new leader who was supposed to fix these kinds of things.

Trained as an engineer like many of his colleagues, Li became the youngest member of the Politburo in 1998 and a member of its nine-member Standing Committee in 2002.

Standing Committee members are the top decision-makers in China.

Its members are overwhelmingly technocrats, like Li, who have replaced the first generation of revolutionary leaders headed by Mao Zedong and later Deng Xiaoping.

In 1988, several years after I first met Li, he had become the youngest member of the Party’s Central Committee. I met him once again during a National People’s Congress meeting in Beijing.

Then he was surrounded by half a dozen other officials and was less talkative than during our previous interview in Shenyang.

I found it difficult to extract anything meaningful from the interview. But I came away with the impression that Li was more firmly embedded in the system and would keep moving up, which he did.

In the 1990s, Li became the governor of Henan Province where, during his tenure, an AIDS scandal erupted.

The provincial government had encouraged farmers to sell their blood to plasma businesses, but tens of thousands of rural people became infected in an HIV epidemic. Li, with top security officials, became part of the ensuing cover-up.

Although an ex-official and AIDS experts pointed to Li as among those responsible, he survived the scandal and kept moving up.

He then went on to become Party secretary in the key southern province of Guangdong, where the official Xinhua News Agency reported that he was cracking down on corruption.

But a $12.2 billion tax scandal in Guangdong brought into question Li’s anti-corruption credentials.

Meanwhile, in Shenyang, where Li first gained a reputation as a “reformer,” things turned sour when two of Li’s protégés in Shenyang, the post where he launched his high-profile career, were forced to resign due to an organized crime scandal.

According to a blog last month published by Evan Osnos, the New Yorker correspondent in Beijing,  the executive deputy mayor of Shenyang, Ma Xiangdong, lost $4 million of public funds in 2002 at casinos in Macau and Las Vegas.

His boss, the mayor, “was found to have six million dollars worth of gold bars hidden in the walls of his houses and a hundred and fifty Rolexes.”

But by 2002, Li had become the fifth-ranked member of the CCP Politburo Standing Committee, China’s nine-member ruling power organ.

He appeared to be untouchable, and hopes that Li would become a “reformer” surfaced again.

As Vivian Wu reported in the Hong Kong-based South China Morning Post,  when Li took over as China’s propaganda chief in 2002, “there were high hopes that Mr. Li would invigorate the media industry through progressive reforms.”

But in early 2003, “Mr. Li ordered the domestic media to stay away from reporting sensitive issues or any negative views that might embarrass the leadership….”

In March 2003, Li oversaw a crackdown against newspapers in south China that were aggressively pursuing investigative stories that offended local officials.

Li has kept a tight lid on the state-run media ever since, although online critics act as a counterweight.

Experts are divided over the impact of the powerful Bo Xilai’s downfall.

But they seem to agree that it has triggered a power struggle among Party leaders.

Bo’s accumulation of wealth—and  his use of military and billionaire connections—has  raised questions among ordinary citizens about the breadth and depth of corruption among the Party elites.

Some experts have now raised hopes that a “moderate” leadership faction, or coalition,  will open up the system and introduce democratic reforms.

But forces within the Party elite favoring the status quo appear to be far from defeated.

Instead of a reformer, Li Changchun turned out to be merely another ham-fisted Party oligarch obsessed with cracking down on dissent.