Jailed Journalist Urges EU Not to Ratify FTA With Vietnam 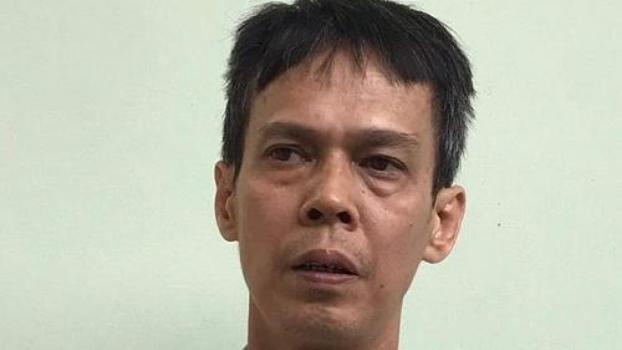 Jailed Vietnamese independent journalist and Pham Chi Dung Tuesday urged the European Parliament not to ratify the EU-Vietnam Free Trade Agreement (EVFTA) through a video message made prior to his arrest last month.

The video message was played during a conference on “Human Rights and the EU-Vietnam Free Trade Agreement,” hosted by MEP Julie Ward and organized by the Vietnam Committee on Human Rights (VCHR) and other civil society organizations.

Pham, who was arrested on Nov. 21 and charged with “conducting anti-state propaganda,” asked parliament to carefully consider the human rights record of Vietnam and to only ratify the EVFTA when Hanoi takes concrete steps to improve human rights.

A founding member of the Independent Journalists Association of Vietnam (IJAVN), Pham said he and the organization were “keenly concerned” about the upcoming ratification of both the EVFTA and the accompanying EU – Vietnam Investment Protection Agreement (IPA).

“I am wondering why some of EU representatives are too eager to have EVFTA and IPA ratified regardless of the EU trade deficit with Vietnam and human rights violations,” said Pham in the message.

Pham said of human rights in particular, it would go against the EU’s founding principles to condone the human rights record of Vietnam through the EVFTA.

Regarding the trade deficit, Pham pointed out that only a few in the EU would benefit.

“The EU trade deficit with Vietnam widens annually. It is now up to 20-25 billion dollars. As the trade deficit reflects, Vietnam is likely to be the main beneficiary of EU-Vietnam trade deals but not the EU. There might be only a small group of EU companies, but not all EU businesses will benefit from the agreements,” Pham said.

“It is alleged that a number of particular EU business groups had the EVFTA and IPA lobbied by the former head of the delegation of the European Union to Vietnam, Bruno Angelet and some EU representatives, but neglected the serious human rights abuses of the Vietnamese government,” he added.

Pham continued, saying that he estimates that 95 percent of EU recommendations to Hanoi regarding human rights are either being ignored or have been addressed with false promises. He commended the country’s progress in human rights for the LGBT community, but said that despite those gains, there was no effect on the one-party ruled system, which he characterized as a dictatorship.

Rights lawyer Nguyen Van Dai was released two months into a 15-year sentence and exiled to Germany in June of that year, while Nguyen Ngoc Nhu Quynh, a blogger better known as Mother Mushroom had been serving a 10-year sentence but was released in October and moved to the United States.

But even though these two prisoners were released, “Vietnam intensified crackdowns against rights activists and dissidents since the new Cyber Security Law came into effect in January 2019. Vietnam has imprisoned 18 dissidents because they criticized the government and its corrupt system,” Pham said.

Pham also said that Vietnam’s newly amended Labor Code is not really a step forward for labor rights, because it does not allow free trade unions.

“The term “independent trade union” is not included in the revision of Vietnam’s Labor Code and Trade Union Law”, he said. “Hanoi considers independent unions as “reactionary” because of the impact of Polish the trade union Solidarność on the fall of communist system in Poland in 1989”.

He also pointed to Vietnam’s promise to ratify the International Labor Organization’s conventions on the right to organize and on the abolition of forced labor, as a simple trick to get the EU to agree to ratify the FTA and IPA.

“There is no detailed timeline for ratification or any guarantee that Hanoi will meet their commitments”, he said.

Pham called on the European Parliament to wait on ratifying the FTA and IPA “until Vietnam’s regime fulfils its commitments on human rights.”

“The regime is likely to jail more dissidents after the EU ratifies the EVFTA and IPA. Prominent dissidents who oppose EVFTA due to Vietnam’s poor human rights record and those who stand up against China will receive heavy prison sentences,” said Pham, eerily predicting his own arrest on Nov 21.

State media reported that Pham Chi Dung was detained by security officers at his home in Ho Chi Minh City and charged with “conducting anti-state propaganda” under Article 117 of Vietnam’s Criminal Code.

According to police, Pham wrote anti-state articles and cooperated with foreign media, to deliver “distorted information.”

Pham had been a contributor to Voice of America, the BBC and several other independent media outlets, using several pen names, according to the human rights group Defend the Defenders.

According to that group’s latest statistics, Vietnam has detained more than 240 prisoners of conscience, including 32 arrested this year