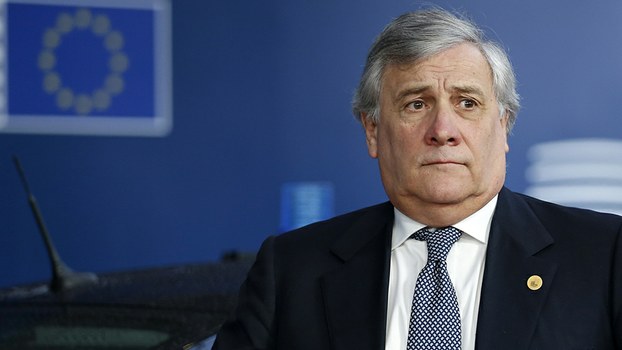 In a statement Thursday, following a vote on the resolution, the European Parliament said 22-year-old Hoa had “exercised his right to freedom of expression” when he disseminated content online about Taiwan-owned Formosa Plastics Group’s April 2016 release of toxic chemicals from its massive steel plant located at the deep-water port in Ha Tinh province, and called on the government to free him.

The People’s Court of Ha Tinh sentenced Hoa, who was denied access to legal representation, to seven years in prison last month for “conducting propaganda against the state” under Article 88 of Vietnam’s Penal Code saying he had tried to incite protests over the government’s handling the spill, which devastated the livelihoods of residents of coastal Vietnam.

“[The European Parliament] condemns the sentencing of Nguyen Van Hoa to seven years in prison … [and] urges the Vietnamese authorities to release Nguyen Van Hoa immediately and unconditionally,” the statement said.

“[Parliament] expresses its concern about the rise in the number of detentions, arrests and convictions of Vietnamese citizens related to the expression of their opinions,” as well as their harassment at the hands of authorities the statement said, calling on the government to “release all citizens detained for peacefully exercising their freedom of expression.”

The European Parliament said it had “serious concerns about the extensive application of the national security provisions in Vietnam’s Penal Code,” and urged the government to amend certain articles, including Article 88 and Article 79, which refers to “activities aimed at overthrowing the state.”

The statement noted that “press freedom is severely restricted” in Vietnam, which ranks 175th out of 180 countries in Paris-based Reporters Without Borders 2017 World Press Freedom Index, and said that the resolution was, in part, adopted in response to the introduction of new laws last year that further limited freedom of expression and reinforced censorship in the Southeast Asian nation.

The European Parliament called on Vietnam to issue a standing invitation to United Nations Special Procedures, in particular to the Special Rapporteur on the promotion and protection of the right to freedom of opinion and expression and the Special Rapporteur on the situation of human rights defenders, and to give them free and unfettered access to all the parties they wish to consult.

Speaking in the debate during Thursday’s Plenary Session, Swedish member of the European Parliament (MEP) Soraya Post said human rights defenders, journalists, bloggers, writers and activists, like those being imprisoned and attacked by authorities in Vietnam, deserved the support of the international community.

“The human rights defenders of the world need the EU to take a clear stand for them, for their work, and demand regimes like Vietnam to stop harassing those who fight for justice,” she said.

Laima Andrikiene, an MEP from Lithuania, called on Vietnam’s government to release all political prisoners “immediately” and “end it’s repression of freedom.”

“There can be no closer ties between the European Union and Vietnam without respect for all these fundamental rights,” she said.

MEP David Martin of Scotland said he believes the substance of a Free Trade Agreement between the EU and Vietnam—which is expected to be signed next summer—is beneficial to both parties, but warned that the parliament would judge both on substance and on “the political situation inside Vietnam.”

“We will take into account the human rights situation, as well as the worker and environmental standards in Vietnam, when we vote on the FTA in this Parliament,” he said.

“Vietnam’s current approach to freedom of expression is unacceptable. It is intolerable. Vietnam must understand that if it wants to open up to the West—and we welcome it opening up to the West—it also has to accept internal criticism. Criticism is not always opposition. It is constructive, if handled properly.”

Czech MEP Pavel Telicka, vice president of the European Parliament in charge of human rights, said he was “shocked” by the “lack of understanding” demonstrated by Vietnam’s permanent mission in a letter sent in response to the EU’s concerns.

“Basically, it was a mixture of diplomatic propaganda language … [that] said these were acts against the state and the people of Vietnam, and in the case of one of the bloggers there was a reference to advocacy of terrorism against the state,” he said.

“The only possible response we will accept [from Vietnam], if they wish to develop our relations, is that they must release prisoners and make changes in their political attitudes and legal approach.”

Paris-based Vietnam Committee on Human Rights (VCHR) issued a statement Friday welcoming the resolution, noting that during the debate in Plenary Session, not one MEP spoke in support of Vietnam, and all condemned the deterioration of civil and political rights in the country.

“The European Parliament seized the occasion of the deeply shocking sentence of young blogger Nguyen Van Hoa and the appeal sentence of [Mother Mushroom] on the eve of the EU-Vietnam Human Rights Dialogue to strongly denounce the blatant and outrageously anti-freedom policies of the Vietnamese government” said VCHR President Vo Van Ai.

“The Resolution takes up all the VCHR’s grave concerns: the savage repression endured daily by dissidents, bloggers and human rights defenders, as well as the arsenal of restrictive legislation in force in Vietnam, such as the ‘national security’ provisions in the Vietnamese Criminal Code.”

Ngo Duy Quyen, a member of the Bau Bi Tuong Than group, which provides support to prisoners of conscience and land petitioners, called the resolution “a very special thing.”

“As a partner of Vietnam, this is perhaps the strongest attitude to oppose unfair trials in the country,” he said.

“This proves that although the Vietnamese communist authorities did not hesitate to use every trick, including lies, to cover up the Formosa disaster, they probably did not succeed,” he added, saying that the incident had drawn greater international attention to Vietnam’s rights record.

A friend of Nguyen Van Hoa named Nguyen Hong An, who is also a Ha Tinh-based freelance journalist, told RFA he was pleased that the European Parliament had chosen to speak out and adopt the resolution.

“Hoa is now in prison, but if he heard this news, he would surely try harder to overcome the challenges that the Vietnamese authorities presented him,” he said.

Tran Duc Tuan Son, a Paris-based dissident who had lobbied for the European Parliament to take a stronger stance against Vietnam, said that while MEPs were previously aware of the rights situation there, “the sentence of seven years in prison for Hoa was too unjust,” and convinced them to move forward with the resolution.

“The probability of the EU bringing human rights issues into the EU-Vietnam Free Trade Agreement is not high, but we shouldn’t give up because of that,” he said.

“We must try to convince the MEPs to press Vietnam.”