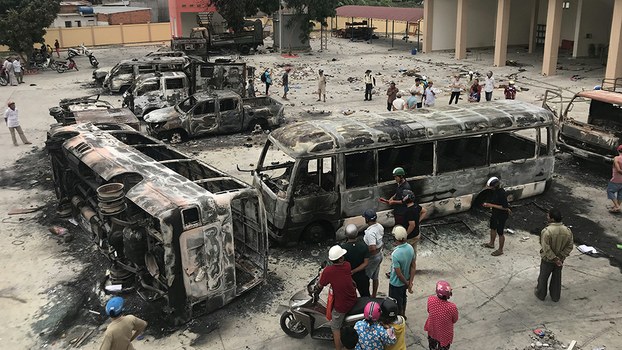 Authorities in Vietnam beat and arrested several demonstrators who took part in a peaceful protest in Ho Chi Minh City on Sunday against the government’s proposal to grant special economic zone leases to foreign investors, according to witnesses, amid growing public dissent over the issue.

The protest was among several held around the country in the last week and reflected fears that the 99-year leases will be snapped up by investors from neighboring China, with which Vietnam has had tense bilateral relations in recent years—in part due to territorial disputes in the South China Sea.

“All we could do was pray, because [the security forces] would slap our faces if we dared say anything in protest,” she said.

Lua said that during the demonstration she could hear fellow protester Trinh Van Toan, who was being held by police in a nearby building, calling for help.

“I heard him yelling ‘help me, the police are beating me,’ and it sounded like they were hitting him really hard,” she said, adding that Toan suffered serious injuries.

“We called to them to stop beating him because he is one of us, and not Chinese, but when we stood up to do so, they used batons to beat us and shouted, ‘sit down, don’t you dare protest!’”

Another protester told RFA that security personnel were out in force on Sunday to clampdown on the ongoing protests.

“I saw people in yellow and blue uniforms—from both the security forces and the military,” he said, adding that “all the forces were represented.”

At least seven people have been arrested in Ho Chi Minh City for allegedly disturbing security and opposing officials since protests began there on June 10.

Some of the demonstrations have also focused on a recently-passed cybersecurity law that protesters say will limit free speech in one party communist Vietnam, where dissent is rarely tolerated and public unrest is quickly suppressed.

Meanwhile, Vietnam’s National Assembly, or rubber stamp parliament, has agreed to delay consideration of the draft bill on the economic zones until October to allow for additional research.

Tuoi Tre quoted Vietnam’s Communist Party General Secretary Nguyen Phu Trong calling on the public to remain calm and have “complete faith in the leadership of the Party and the government,” while speaking to residents in the capital Hanoi on Sunday.

“Nobody is so naïve that they would offer their motherland to foreigners,” the paper reported him saying, addressing concerns that the lease terms threaten Vietnam’s national security. 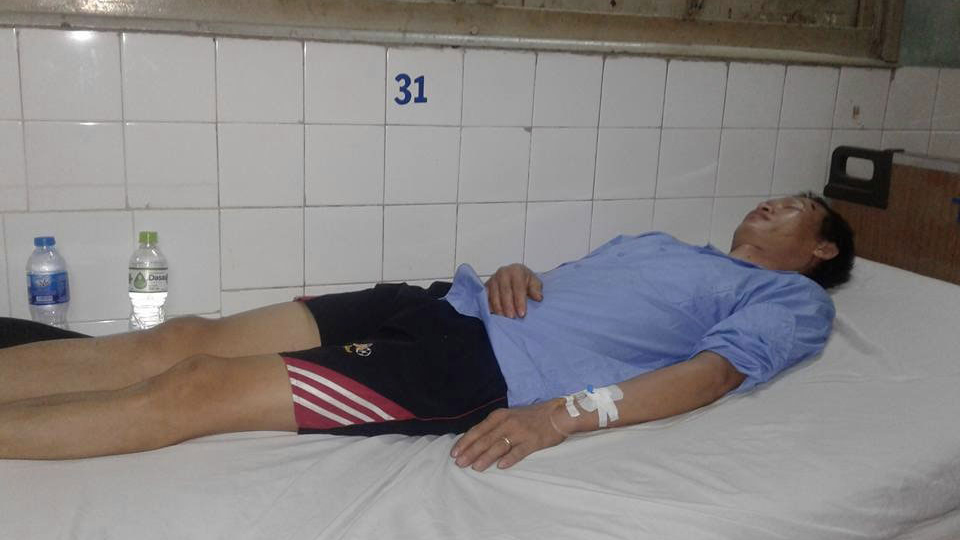 On Monday, London-based rights group Amnesty International issued a statement calling on authorities in Vietnam to release those detained for their part in the protests and launch an investigation into allegations that some of them had been tortured while in custody.

Amnesty claimed that around 150 people who took part in nationwide protests on June 9 and 10 against the proposed law on special economic zones had been “arbitrarily detained,” and said it had received reports that some of those held had been “beaten with wooden sticks after refusing to disclose their mobile phone pin numbers to police.”

“These reports of protestors being tortured are deeply disturbing,” said Minar Pimple, the group’s senior director of global operations.

“We urge the Vietnamese authorities to launch a prompt, thorough and effective investigation into the claims and to hold anyone suspected of being responsible to account.”

Pimple called the mass arrests over the weekend “nothing more than retribution” against people who had “simply expressed their concern” over a government policy.

“Viet Nam’s authorities cannot hide behind the excuse of maintaining public order as a license to persecute and lock up peaceful protestors,” she said.

“Those detained have been denied their rights to liberty, freedom of expression, peaceful assembly and due legal process and must be immediately and unconditionally released.”

Growing up, my father is a stern man with few words, but has an enormous love for VN and family. I hardly have a casual conversation with him for he is ‘The Man’.
While in college I thought I was ‘big enough’ and the moment did arrive to have this casual conversation with him, I asked him if he ever thought that we would lose the war to the commies. Immediate w/out a hesitation, he said ‘No, for we’ve a PROUD cultures and language, we will not speak Chinese!’. It took me a few seconds to understood that. He simply cuts to the wick!
Sadly, that day is about to come.
A simple and short take of the things to come. It’s so easy for the VNmese to see through the Chinese toxic ambitious; however; it’s completely different for the VNmese Communist Party to understand this for they are feeding off the Chinese table’s scraps and do their biddings. This is a crime against any conscious souls and the VNmese people.