Lao Protest Villagers Held Since 2017 Have Been Sentenced 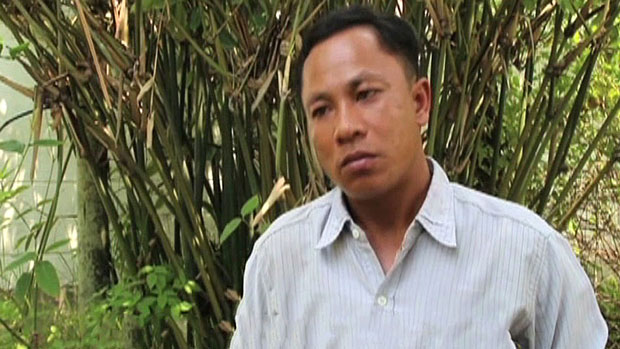 Nine Lao villagers held for over two years for protesting the loss of land awarded by the government to a Vietnamese rubber company have been sentenced to prison terms ranging from two to six years, sources in the communist Southeast Asian state said.

The nine, all residents of Sekong province’s Yeub village, were sentenced by a provincial court on June 27, with news of their convictions delayed from reaching outside contacts because of strict police surveillance of family members and friends.

“We do not accept the court’s decision, but there is nothing we can do,” a relative of one of the men sentenced told RFA’s Lao Service on Monday.

“We were fighting for justice after our land was grabbed by officials so they could hand it over to a Vietnamese company, but the court ruled that we were guilty,” the villager said, speaking on condition of anonymity.

“The accused who were tried in the court and sentenced to prison have denied all the charges made against them, and they refuse to accept the court’s decision,” another villager said.

Sources identified the villagers handed six-year terms as Souvanh, Vikham, Bounleang, and Bountia, with those given terms of two to four years identified as Bounsod, Sonh, Bountean, Nai, and Bounpoke, who was later released without explanation on July 21.

Part of a larger group of 15, the men were taken into custody by police in July 2017 for obstructing workers and cutting down trees on land granted by the government to a Vietnamese rubber company in what is believed to have been a 50-year concession.

Several of those detained were beaten or subjected to electric shocks in the days following their arrest, with many later reported to be malnourished and in failing health, relatives told RFA in earlier reports.

Another, a man named Somsavanh, died in jail on Jan. 29, 2018 in what authorities described as a “suicide,” though a relative said the man’s funeral was later arranged by authorities, leaving family members unable to participate or perform religious rites.

Five others were released from custody without explanation.

Speaking to RFA, Phil Robertson-—deputy Asia director of Human Rights Watch—said that by bringing the villagers to trial, Lao authorities had sought to make an example of them.

“The law and the judicial system in Laos are not independent from the government,” Robertson said. “And it’s not about justice in the courts. It’s about exercising government control and forcing people to bow down to that control.”

Much of Laos’s economic growth is generated through land concessions for natural resources, including timber, agricultural products, minerals, and energy, even though these come at a cost for those who lose their land and many not receive proper compensation.

Land grabs and the appropriation of public property to turn over to foreign and domestic companies are common in Laos, and villagers affected by them often refuse to speak out publicly because they fear retribution.

Reported and translated by Ounkeo Souksavanh for RFA's Lao Service. Written in English by Richard Finney.

The Lao blood-sucking commie party-state doesn't care much about Laos and less so about Lao people.Lao people can die five times over the part-state wouldn't care less. What they care about is sending more and more money to their off-shore bank accounts. Enjoy Lao people. Claps, claps. Somseuay, somseuay !

Why don't you name the Vietnamese company so people will know who they are and how they conduct their business. The Lao dictators are vile but the companies that work with them should be held accountable.

What does the Vientiane government have to say about the above article. Do they think that's right and just treating their citizen this way? There are many and right way for the country to grow and develop bringing the country to better living standard if you only open your heart and mind. The unjust and stricken transparency practices will only lead to turmoil and dissatisfy citizen and we all knows what discontentment will lead to.