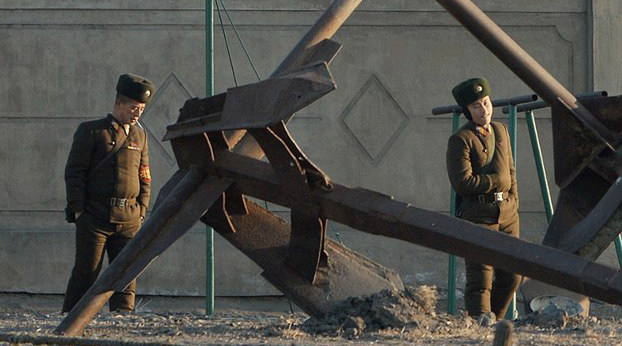 North Korean soldiers stand guard on the banks of the Yalu River which separates the North Korean town of Sinuiju from the Chinese town of Dandong in a file photo.
AFP

Economic hardship is driving North Koreans who live near China to break strict quarantine rules to move goods across the border in spite of recent orders by authorities that anyone approaching the frontier will be shot, local sources say.

North Korea on Aug. 27 ordered military units and police to shoot on sight anyone in the country who goes within one kilometer (0.6 miles) of the Sino-Korean border for any reason, RFA reported, in the latest of Pyongyang’s draconian measures to prevent the spread of COVID-19.

In a recent case, a 25-year-old platoon leader in a border guard unit, was arrested in mid-August and accused of working with a Chinese national to bring a large quantity of food sweetener into the now heavily restricted North, a source in North Korea’s Ryanggang province told RFA on Sept. 1. The arrest took place in Ryanggang's Samsu County.

“He received 500 kilograms of saccharine from a Chinese smuggler and handed it over to a local resident while the highest-level emergency quarantine for the coronavirus was in force,” RFA’s source said, speaking on condition of anonymity.

The soldier was quickly caught by North Korea’s state security department, the source said, adding that it is unlikely the man will be able to avoid “severe punishment” and that border guards are now waiting to hear word of his fate.

“Some residents believe that the platoon leader of the border guards was involved in smuggling not to secure food for himself, but for his troops,” the source said, adding that there has been no confirmation of the fate of the North Korean smuggler who worked with him.

Traditional smuggling routes, an important means of livelihood for border residents, have now been cut off, as securing the border with China to prevent the spread of coronavirus has been a major priority for North Korea in recent weeks.

“And as imports from China have become more expensive and difficult to obtain in marketplaces, residents now living in miserable conditions are risking their lives to smuggle goods across the river from China to earn large sums of money,” the source said.

At the end of August, seven North Korean residents were arrested for smuggling in the border area in Hyesan City, a second source in Ryanggang told RFA, also speaking on condition he not be named.

“They avoided execution but were sent to political prison camps because they had smuggled during the highest level of the emergency quarantine system,” the source said, adding that the group had temporarily halted their activities owing to fears of infection.

“However, when their lives became too difficult, they jumped back into smuggling and were caught,” he said.

One was caught at first, and the others were then captured one by one, the source said, citing sources in local law enforcement agencies. “They were sentenced to life in prison, and their families were sent into internal exile in the mountain areas.”

“Residents are protesting their punishment, though, saying that death would be better than life in a prison camp, and that the harsh reality of having trouble finding daily food is the reason for the smuggling on the border,” he said. 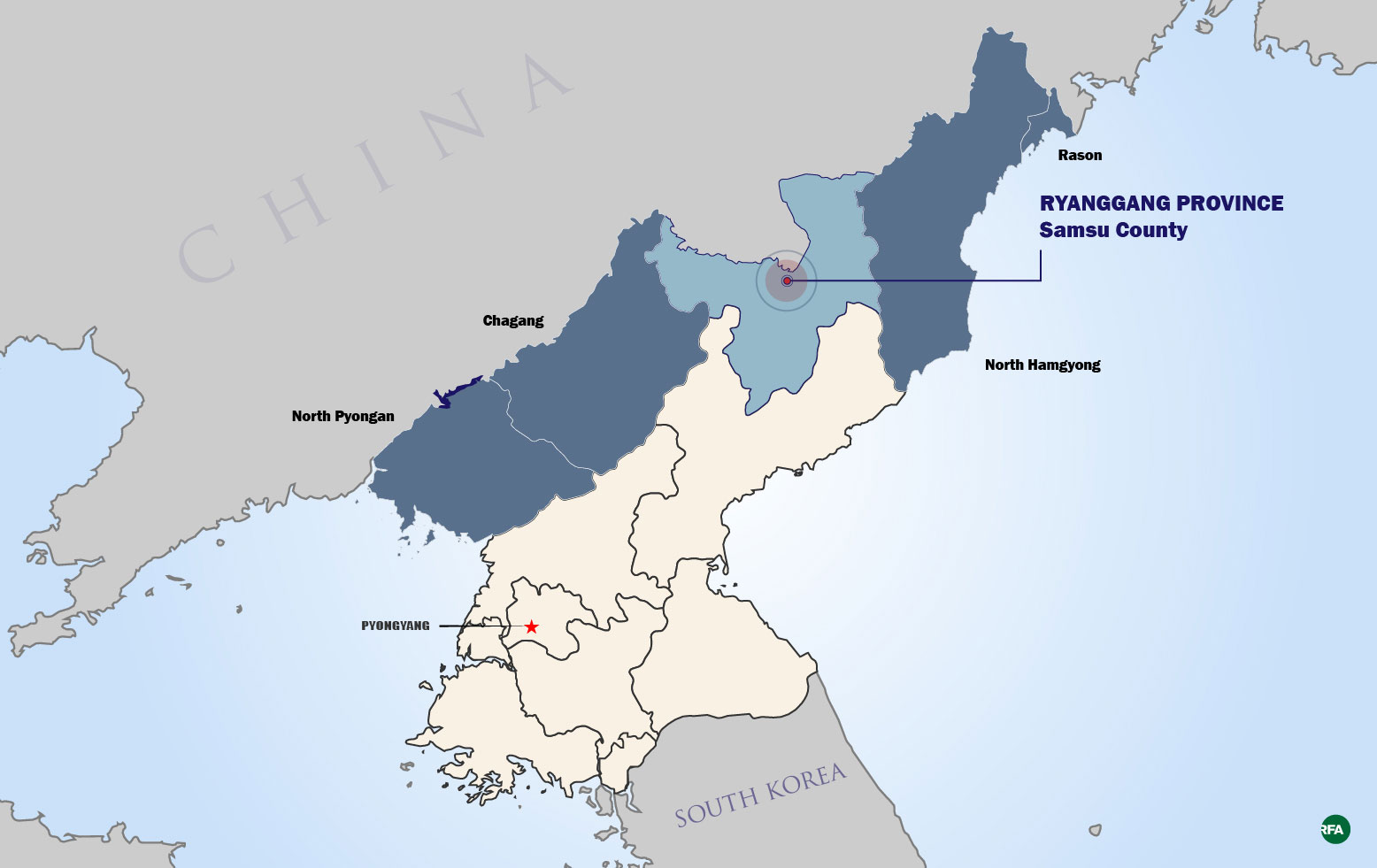 Though the two countries suspended trade and officially closed the border at the beginning of the pandemic in January, the frontier has remained porous, because North Korea’s nascent market economy depends on the smuggling of goods into and out of China.

Since January, RFA reported several incidents related to smuggling of goods or movement of people across the border, including the mid-July return of a refugee that had previously escaped. He was undetected during his return, and a reportedly infuriated top leader Kim Jong Un disbanded the military unit responsible for guarding the part of the border he crossed.

RFA also previously reported that North Korean elite special forces troops were sent to “assist” border guard units posted there, but sources said their true purpose was to watch the guards for corruption, as smugglers often pay off the guards to look the other way when they send or receive shipments across the border.

North Korea still maintains it is virus-free despite the government’s extensive measures against COVID-19, including in April advising citizens in public lectures that the virus at that time had been spreading in the capital and two other regions of the country. It has not reported a single confirmed case.