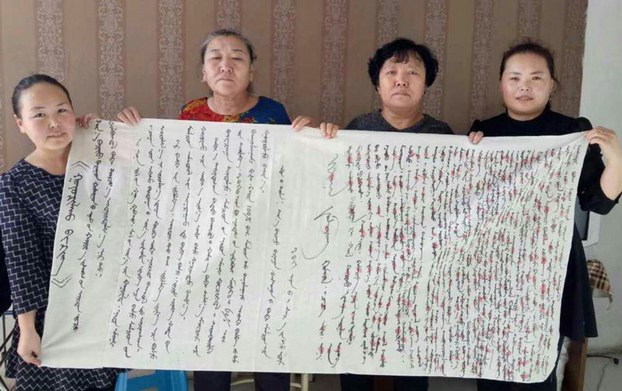 "Yesterday police began to talk to local herdsmen to check who made the post on the Internet. Four people were taken away for jointly posting the online letter calling for protests; one of them is a breast-feeding woman,” said an activist in Hulun Buir in Inner Mongolia’s New Barag Right Banner.

“Consequently, a lot of herdsmen went to the police station to demand the release of the four but police used pepper spray to disperse them. They said the spray was toxic and made them suffer miserably. Someone lost consciousness and was rushed to hospital by an ambulance,” said the activist, speaking on condition of anonymity.

The activist said the herdsmen were legally entitled to subsidies to cover losses associated for setting aside pastureland to shield it from grazing in Inner Mongolia’s grasslands, which are under environmental stress from desertification and pollution from Chinese mining and other resource extraction activities.

The fate of the four detained organizers was unclear and there was no immediate comment from the local government.

“Police were afraid of the potential spread of protests, therefore released the protesting herdsmen. But I am not sure if the originally detained four have been freed or not,” said the activist.

“Police intimidated the protesters; they always do this in our area. Last year when local protests happened, police monitored herdsmen closely to prevent the news from being leaked.”

Ethnic Mongolians, who make up almost 20 percent of Inner Mongolia's population of 23 million, increasingly complain of widespread environmental destruction and unfair development policies in the region.

Clashes between Chinese state-backed mining or forestry companies and herding communities are common in the region, which borders the independent country of Mongolia.